“I’m honored to swear in members of the Nassau County Fire Commission,” said County Executive Mangano. “Congratulations to all of the incoming officers. You have truly distinguished yourselves and I look forward to working with each of you.” 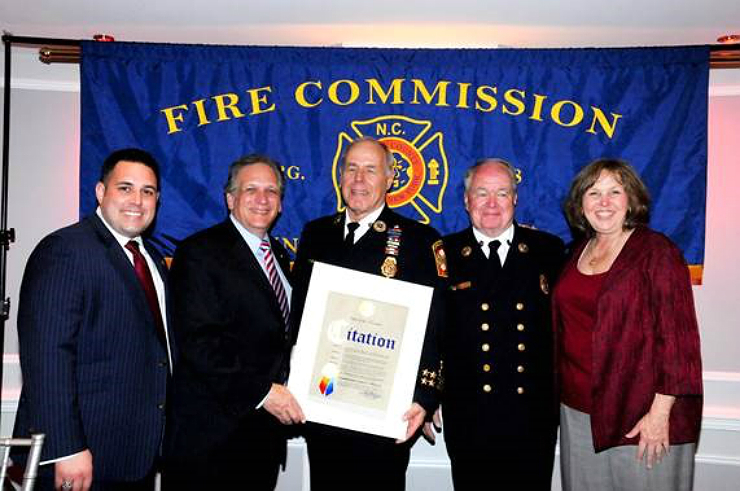 Incoming Chairman Denis Collins has been a Nassau County Fire Commissioner since May, 2012. He is also a U.S. Navy Veteran who served two tours of duty in Vietnam; an Ex-Chief of the Point Lookout-Lido Fire Department, where he has served as a member for 54 years; and is retired from the New York City Fire Department. This is Denis’ fourth time serving on the Fire Commission, having previously served as a Commissioner in 1981, 1996, and 2005.

Outgoing Chairman James N. Mezey, Jr. is credited with keeping the Firefighters Endowment Committee active to ensure that the Fallen Firefighters Monument in Eisenhower Park was kept up to date. He is an Ex-Chief, and 50-year member, of the Carle Place Fire Department and a sworn member of the Nassau County Police Department, where he retired from the K-9 Unit in 1996.