NEW YOK, NY – Seaman Recruit Krystyn Phillips, Division 299, graduated as the top Sailor from Recruit Training Command, earning the Military Excellence Award on August 3. Phillips, from Port Jefferson Station, New York, said she joined the Navy with the goal of attaining a law degree and serving as a member of the Judge Advocate General’s Corps.

As a young African-American woman, I have always felt that enlisting first in the U.S. Navy was the primary step in launching the beginning of a successful and fulfilling career in government.”

Phillips said she is anxious to embrace the opportunities provided by the Navy. 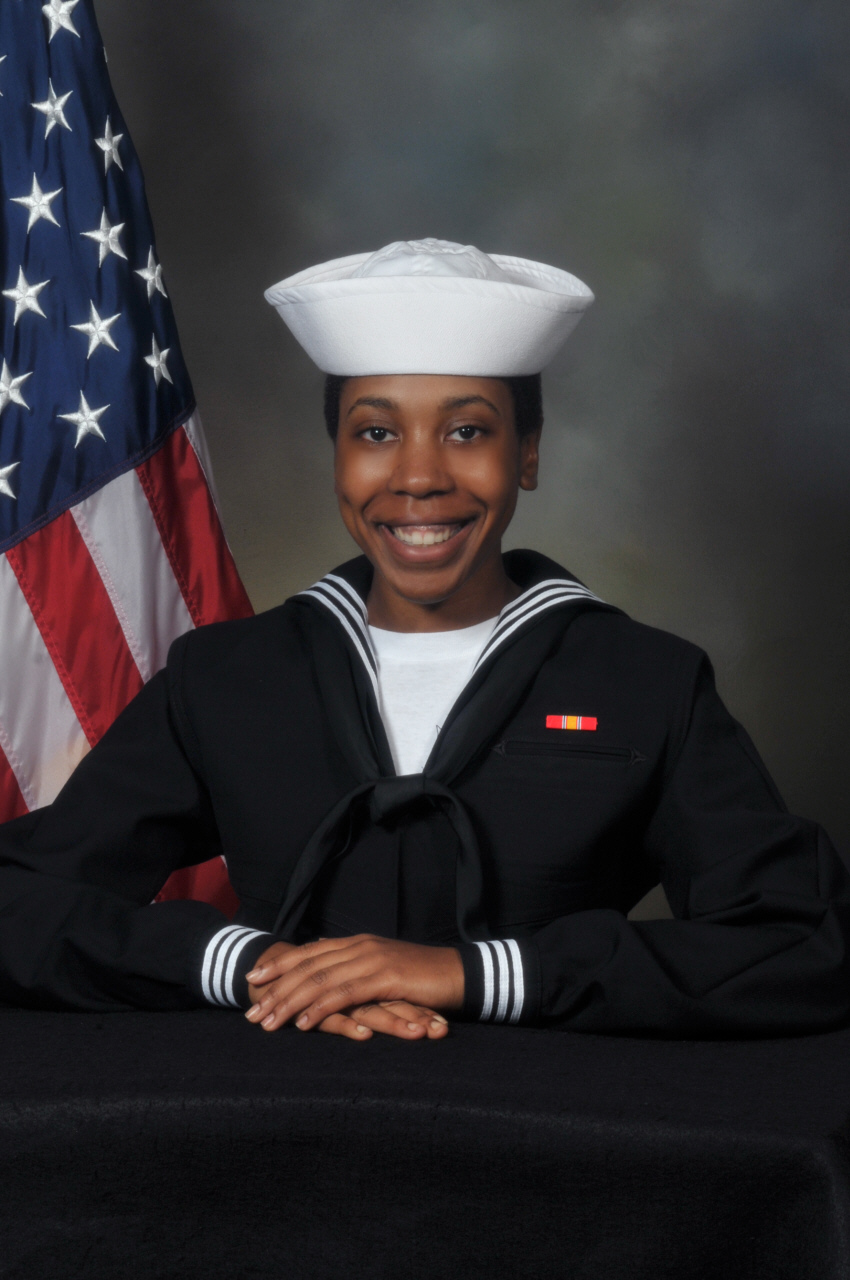 “I thrive in an environment that holds high standards of discipline, has an atmosphere of professionalism, and requires unparalleled commitment,” Phillips said. “I joined to make connections, to take advantage of the endless opportunities, and one day become a leader who combines all the core values of honor, courage, and commitment that will further mold me into a contributing member of society. I will hone the abilities I possess while gaining new talents and skills to apply as I continue my journey in serving my country.”

Phillips, 24, is a 2017 graduate of Stony Brook University with an associate degree in criminal justice and bachelor’s degree in political science.

Phillips is assigned the rate of Gunner’s Mate.

The Navy Club of the United States Military Excellence Award is the top award presented to the No. 1 recruit of their graduating training group. The MEA is awarded to the recruit that best exemplifies the qualities of enthusiasm, devotion to duty, military bearing and teamwork. The award placed her at the pinnacle of today’s newest Sailors.

Phillips is awarded a flag letter of commendation.

Phillips said she was humbled to earn the MEA.

“Having a quiet personality, I never thought I would be the one to be given the spotlight,” Phillips said. “It’s quite a difference to be standing in the light when I’m so used to holding the light and shining it for others. This award has made me realize that even when I think no one is watching me, nonetheless, my actions, behaviors, and character are always being be observed and appreciated.”

“I must credit Master Chief Westgate with having the most impact on my RTC experience,” Phillips said. “He was thoughtful, careful with his words, corrective when needed, and patient when the time called for it. Mostly he was fair. Watching how he treated us recruits was inspiration enough. Knowing that we were treated as future Sailors made me realize I made the right decision and drove me to accomplish all that I did here.”

After graduation, Phillips will attend Gunner’s Mate “A” School in Great Lakes.

Gunner’s Mates are responsible for the operation and maintenance of guided missile launching systems, underwater explosive weapons such as torpedoes, rockets and missiles, and the systems used to launch them, gun mounts and other ordnance equipment as well as small arms magazines. They work with electrical and electronic circuitry: mechanical, hydraulic and pneumatic systems.

Boot camp is approximately eight weeks and all enlistees into the U.S. Navy begin their careers at the command. Training includes physical fitness, seamanship, firearms, firefighting and shipboard damage control along with lessons in Navy heritage and core values, teamwork and discipline. More than 30,000 recruits graduate annually from RTC and begin their Navy careers.