(Long Island, NY) It may be Winter and right before the Holiday Season but Long Island has just turned up the heat with the newly opened Tocolo Cantina Restaurant. Tocolo is an authentic Mexican restaurant with an innovative twist located in The Gallery at Westbury Plaza (920 Old Country Rd, Garden City). The restaurant just opened up its doors on December 3rd, 2014. With this fabulous Mexican Eatery comes renowned chef Alexis Samayoa, a Brooklyn native with a stellar career.

Tocolo Cantina serves refined, modern Mexican and Oaxacan cuisine in a casual and fun atmosphere with a strong focus on service. The 98-seat restaurant merges elements of a modern California eatery with those of a Mexican Cantina. It is fit with copper walls, encaustic tile, and a hydraulic garage door. The restaurant is anchored by a lively bar in the center of the room. This past weekend I was invited to dine at the restaurant and to speak to the owners who made all of this happen. 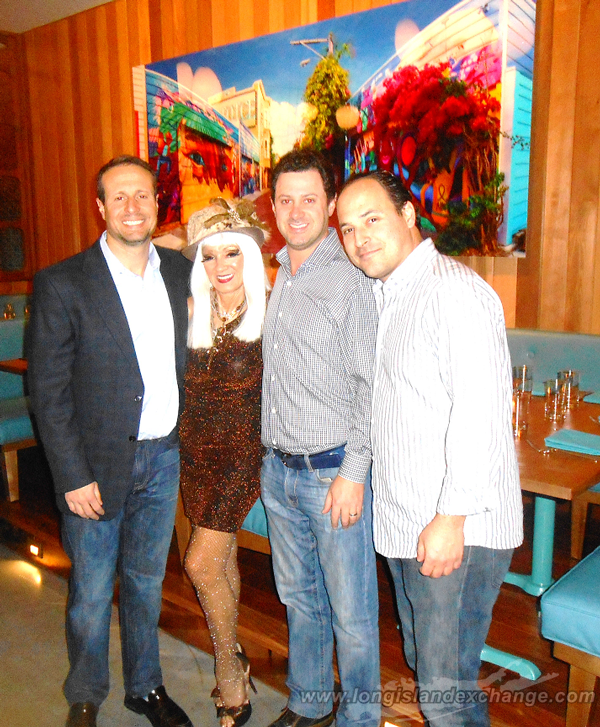 Upon entering I was immediately greeted by General Manager Samantha Macleod. Samantha and I talked about the restaurant while we sipped on their signature cocktails.

Tell us about these delicious cocktails that you are serving us here at the restaurant.

Samantha: This is the Grilled Lime Margaritas. It’s one of our most popular margaritas. It’s made with Avion Silver Tequila. It is rinsed with Ilegal Mezcal so it gives it a little bit of a smokiness. We grill the lime and we fresh squeeze lime juice. It is absolutely delicious. 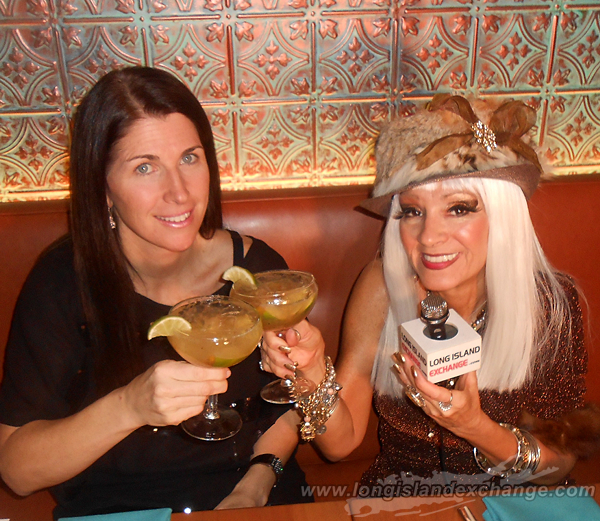 It sounds delicious. Tell my audience a little bit more about the restaurant. How did you get involved in this restaurant?

Samantha: The owners were looking for a general manager. There are four owners, Todd, Coby, Lloyd and Chef Alexis and they were looking for somebody for in front of the house to basically make sure that this could be the amazing place that it is today. 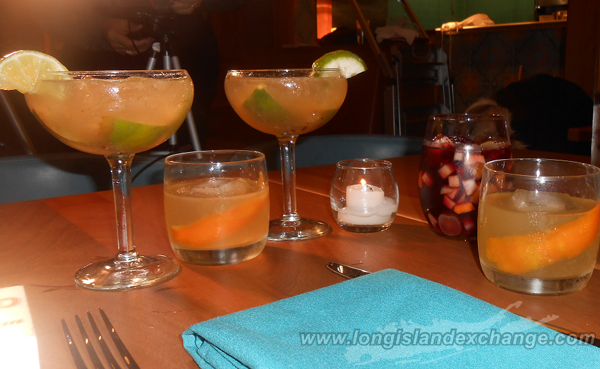 I spoke to Co-Owner Todd Birnbaum about the history he had with his co-partners.

Tell my audience how you got involved with this restaurant.

Todd: Coby and Lloyd The co in Tocolo were planning on opening an eatery like such and a mutual friend of mine and there’s made an introduction because they wanted someone with restaurant know-how. I have been in the restaurant industry for twenty years and when we met I had envisioned the same exact restaurant they had. It was meant to be. 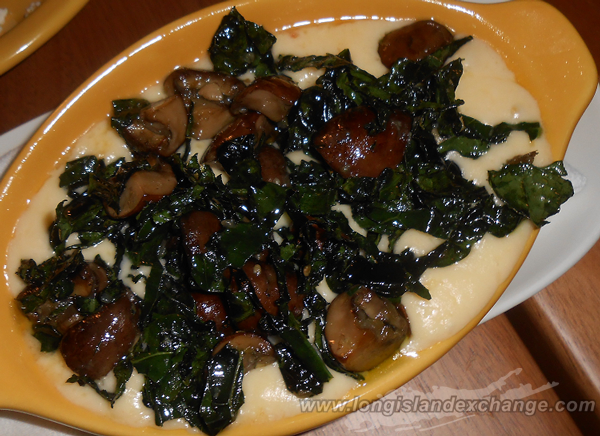 Later I discussed the fabulous artwork that was being displayed in the restaurant with Co-Owner Lloyd Rosenman.

All these paintings, is there a particular artist that did all of them or are there various artists?

Lloyd: There are various muralists and various photographers who took pictures of those murals. 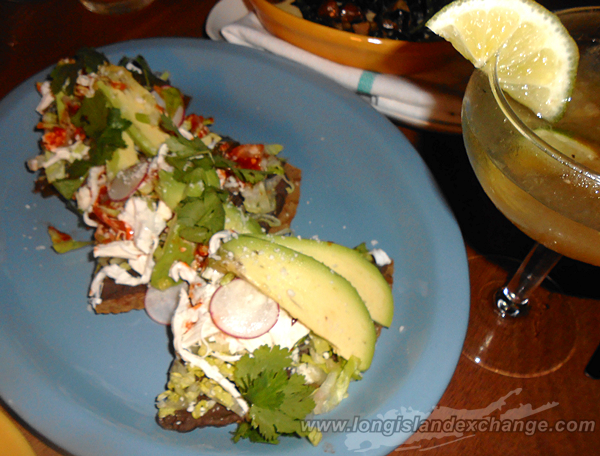 I also had a chance to chat with Co-Owner Coby Rejwan who shared some special feelings he had about the restaurant.

Why do you think this restaurant is so special?

Coby: The original idea behind this restaurant goes back many years. I went to college in Berkley, California and before I went out there I didn’t know what Mexican food was; then I tried some Mexican food out there and I met some Mexican American friends. I tried their parent’s home cooking and it was instant love. Ever since then it’s a few years and I have just longed for that kind of food in New York. I have lived in the city up until about a year ago and moved out here and still have not been able to find it. I think the Mexican dining scene has come so far in the last few years especially in Manhattan. There are some great places. It was sought-of a dream to build something like that in our community on Long Island.

After learning about why all the owners were inspired to open this authentic Mexican eatery, I was thrilled to interview Chef Alexis Samayoa.

Chef Alexis Samayoa’s menu is influenced by his own upbringing and a career that spans over a decade through renowned kitchens like El Vez, La Esquina (with Chef Akhtar Nawab), Txikito (with Chef Alex Raij), WD-50 (with Chef Wiley Dufresne) and Empellon. His approach at Tocolo Cantina reflects a deep love of food – smells, textures, seasonings and freshness, as well as a devoted skill set most inspired by Empellon’s Chef Alex Stupak and his creativity. 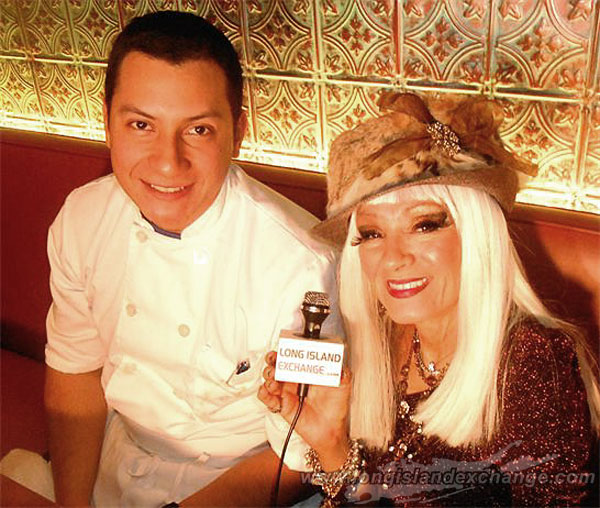 How did you learn how to cook like this? Did you go to culinary school?

Chef Alexis: Yes I did. I went to the Art Institute of New York City. I think it closed, I don’t know. For years I have been cooking. I started cooking at WD-50, that was one of my biggest starts and that is where I met Alex Stupak. When he opened up his Mexican Restaurant (Empellon). I started involving more of my Latin flavors into my life and working with Mr. Stupac I was able to understand modern techniques and traditional flavors and combine them together and put them into a New York City modern time so people could enjoy that. It was pretty difficult in the beginning now it’s getting easier to compose together flavors.