Based on dozens of interviews Ensler conducted with women, the play addresses women’s sexuality and the social stigma surrounding rape and abuse, creating a new conversation about and with women.

In 1994, a theatrical production entitled “The Vagina Monologues” was written by playwright and activist Eve Ensler which caused controversy and offered to the world a piece of art like nothing it had seen before. “The Vagina Monologue” ran Off-Broadway for five years in New York and then toured the United States. After every performance, Ensler found women waiting to share their own stories of survival, leading her to see that “The Vagina Monologues” could be more than a moving work of art on violence. She divined that the performances could be a mechanism for moving people to act to end violence. 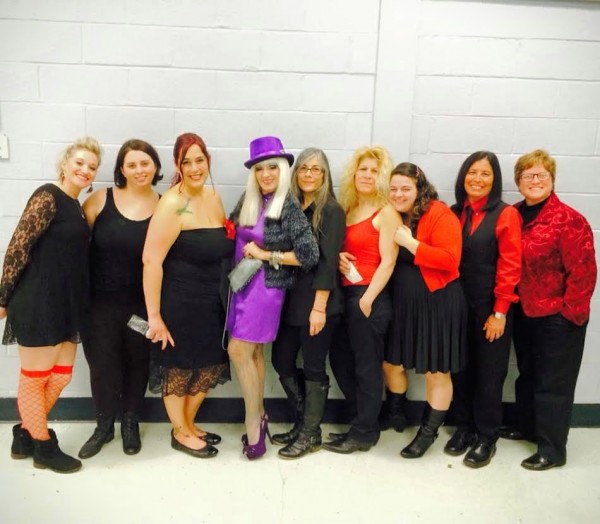 Cognac with the cast of The Vagina Monologues.

On Valentine’s Day, 1998, Eve, with a group of women in New York City, established V-Day. Setup a 501 (c) (3) and originally staffed by volunteers, the organization’s seed money came from a star-studded, sold-out benefit performance at the Hammerstein Ballroom in New York. This special presentation raised $250,000 in a single evening.

What began as one event in New York City in 1998 today includes over 5,800 V-Day events annually.

V-Day has received numerous acknowledgements and awards and is, one of the Top-Rated organizations on both Charity Navigator and Guidestar. In 2001, V-Day was named one of Worth Magazine’s “100 Best Charities,” in 2006 one of Marie Claire Magazine’s Top Ten Charities, and in 2010 was named as one of the Top-Rated organizations on Great Nonprofits. In eighteen years, the V-Day movement has raised over $100 million.

The ‘V’ in V-Day stands for Victory, Valentine and Vagina.

According to the United Nations, one of every three women on the planet will by physically or sexually abused in her lifetime. The truth is shocking. Although sources of violence may seem diverse, women’s responses sound tragically similar. Besides the pain and strength this productions reveals their survival stories, the themes that resound across cultures and geographies are of the indifference of authorities, the familial instinct of denial and the lack of public outrage about the violence that millions of women experience every day.

V-Day dreams of a world in which women and girls will be free to thrive rather than merely survive. With the help of all this is a very real possibility.

During the event I sat down with Cast Member and Events Coordinator of the EAC Network, Cassandra Huneke.

Cognac: Tell my audience how you got involved in this play.

Cassandra: Sure, our program director of our EAC Network Safe Harbor Program which protects and treats youths who have been effected by child exploitation or sexual exploitation and human trafficking where the Director Laura Ruhl actually worked as a social worker and was so moved by Shannon Speed’s talk about what she does and how she treats children and the problems that are right here in our community in Suffolk County that she was inspired to bring the show to us. She contacted us and I am deeply in love with this organization who I work for. “The Vagina Monologue” is such a powerful play that I identify with myself. I had to get involved and I auditioned and coordinated the event and I was cast in it.

Tell my audience where we can go to learn more info.

Cassandra: You can go to eacinc.org.

Cassandra is also a published poet and is currently earning Master’s in Media Studies from the New School. She joined the Vagina Monologues to continue her passion for theatre, fuel the fight against misogyny and help individuals in the community to realize that we can all assist child victims of human trafficking by being informed and supporting crucial programs like Safe Harbour.

I also sat down with the director of the play, Laura Ruhl.

Cognac: Welcome back darling, I am Cognac Wellerlane and I am here a “The Vagina Monologues” in West Islip about this beautifully written play written by Eve Ensler and I am here with the director and she is going to introduce herself to the camera.

Laura: Hi, I am Laura Ruhl

What a pleasure and what a delight to come and see this play. It was on Off Broadway for so many years and then it was on Broadway and now it is here in West Islip. Tell my audience why you became involved and why did you want to direct this play?

Laura: This play speaks to so many women. It resonates deeply especially with women who have experienced violence in their lives and the plays message is all about eradicating violence globally. It speaks to women…it speaks to girls… it speaks to men. It just such a wonderful message there was no way not to get involved.

Laura: The best place to go is Vday.org

Laura also said “I have been directing this wonderful group of women for over a decade and I could not be more proud of the work we have done as “professional vaginas!” This show and these women mean more to me than I can put into words. It is an honor to share the stage with them and to speak for those whose voices have been silenced for too long. I dedicate this show to my mother who never felt she could use her voice and to my four sons who have grown up with this play being rehearsed in their living room. Nothing is more important to me than ensuring that my sons become men who wall always value and respect women, so I made sure they were there in the room and will remember.” 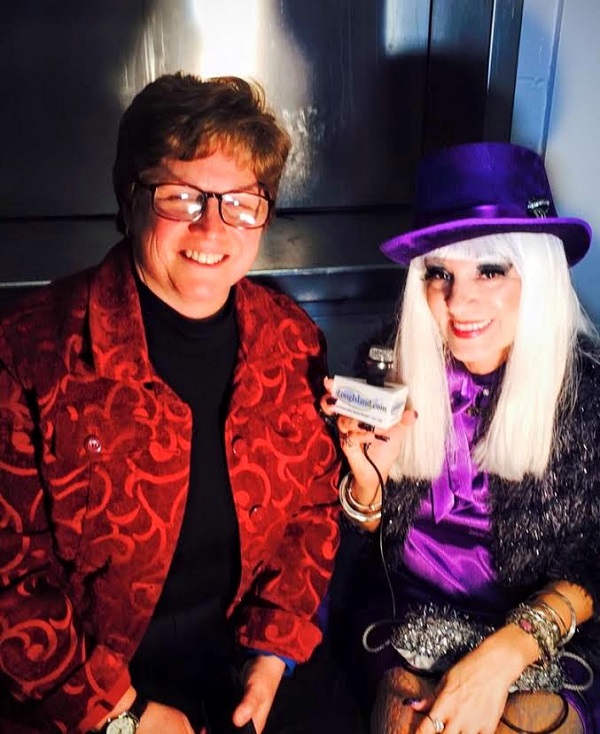 A select number of VIP tickets were available featuring preferred seating and a post-performance reception with gourmet organic hors d’oeuvres, beer and wine, raffles and 50/50, and a meet and greet with the Cast of the 2016 Vagina Monologues.