The evening included informal modeling of GRAFF’s astonishing jewels, Ruinart Champagne, France’s oldest Champagne house and hors d’oeuvres in the Maserati VIP Lounge which was curated by Luxe Interiors + Design and designed by Mitchell Gold & Bob Williamson. The preview continued for all VIP cardholders from 7:30PM until 10PM. 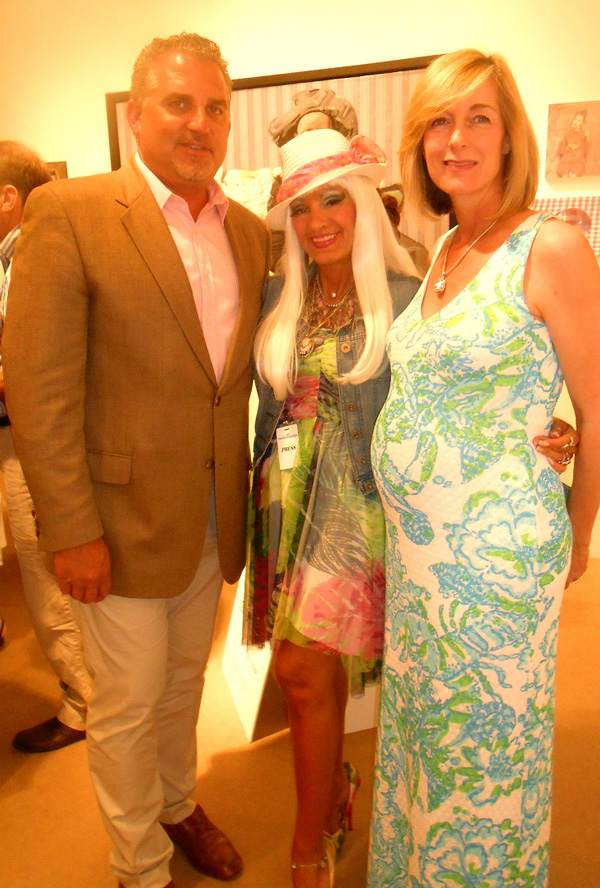 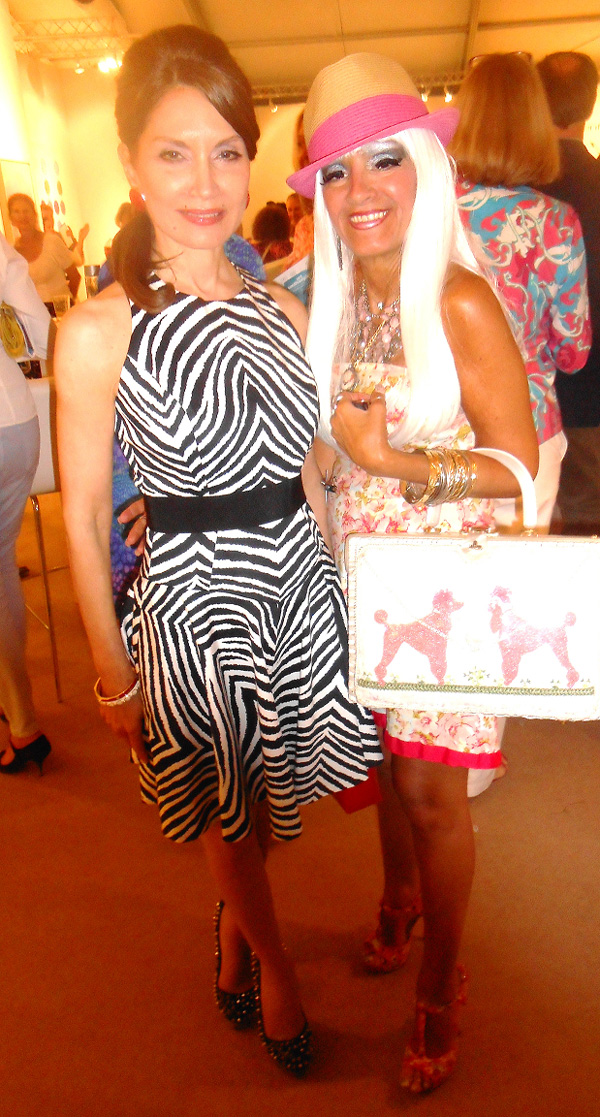 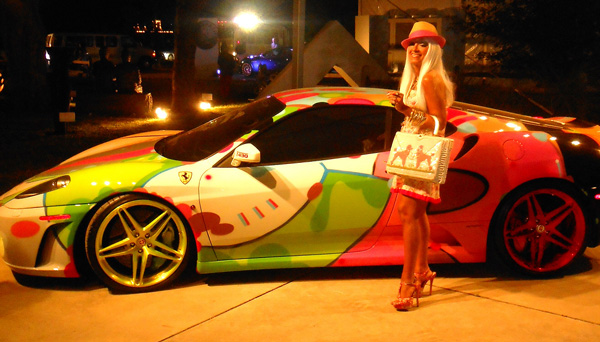 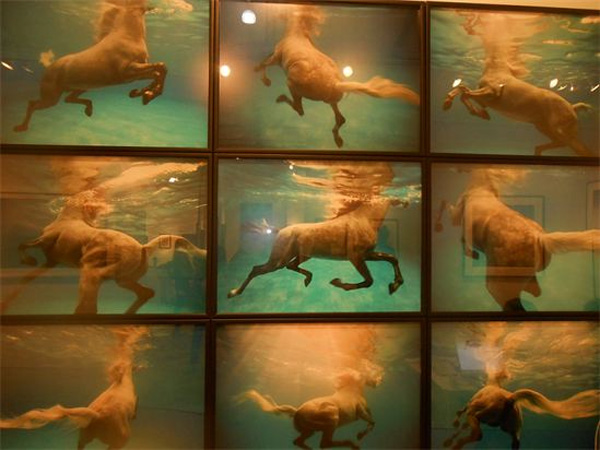 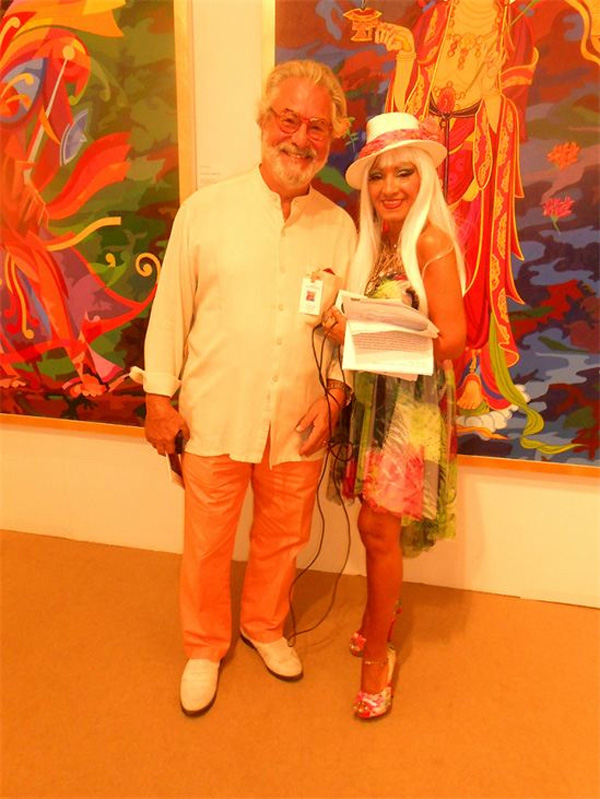 Art Southampton took place in a spectacular 100,000-square-foot air-conditioned pavilion on the sprawling 18-acre estate behind the Southampton Elks Lodge adjacent to the Southampton Golf Club located directly off Route 27 A.

In the past the event has attracted over 4,200 collectors, art advisers, curators, museum professionals and designers thanks to their influential Host Committee and sponsors.

On opening night I had the pleasure of interviewing Southampton Mayor Mark Epley, Art-Southampton Director Nick Korniloff and Artist Kevin Berlin. On Saturday I was invited to do interviews at ARDT Gallery who featured a variety of artists including Giancarlo Impiglia and Jim Ceravolo

Giancarlo Impiglia packs a huge wallop of Art historical references in his grand compositions. Giancarlo stands on the shoulders of the Italian futurists, recalls the flourishes of Art Nouveau, celebrates the curving geometry of Art Deco and integrates the interesting concept of Cubism.

Giancarlo’s stylized figures inhabit a different world of his own creation. Impiglia’s verve and animation permeate his work. His creations are constantly filled with movement and social commentary.

Jim Ceravolo’s paintings and large-scale portraits have received international acclaim for more than thirty years. Ceravolo’s portraits came to popular attention when he was commissioned to create six large scale portraits for the lobby of The Palladium Theatre in New York City. In addition to these, his portraits are in many influential corporate and private collections.

Ceravolo’s portraits combine abstract and realistic work on the same large scale canvas. Some of his work is as large as eight feet making them truly unique works of art. Sometimes the abstract work is in the form of Ceravolo’s trademark “illusion” which appears to be “floating” in front of the canvas, other times the abstract work is a spontaneous application which adds color and texture and is in perfect compliment to the gray realistic portrait. From the start, Ceravolo has charmed and captivated audiences with his ability to so skillfully capture the physical as well as the inner qualities of his subjects.

On Saturday, I also attended a Conversation with Artist Hunt Slonem and Bruce Helander about their recent publication “Bunnies.” The artistic book offers a different approach on “hip hop” culture and an inside view on the painter’s work through comparisons to Franz Kline and Willem de Kooning.

Entertainment Journalist Cognac Wellerlane interviews Hunt Slonem, an international art and society celebrity is renowned for his bunny art and this is the first published collection called “Bunnies” and Author Bruce Helander at Art-Southampton.

Afterwards their was a cocktail reception at the New York Academy of Art Booth. President David Kratz along with renowned artist, lecturer and critic John Alexander invited collectors and patrons to meet with featured Academy artists for cocktails and conversation and enjoy the exhibition of their work.

The country’s preeminent school of figurative painting, drawing and sculpture, presents an exhibition curated by renowned artist John Alexander, who brings a unique sensibility to this group show of remarkably talented Academy artists. A portion of sales will go directly to scholarships for Academy students.