(Long Island, N. Y.) I hate to go against the grain here, as everyone is showering Steven Spielberg’s biopic Lincoln with near-universal praise. And, in many ways, it’s very deserving of it. It features a stunning performance by Daniel Day-Lewis, whose near-obsessive method acting technique is once again brought to the fore as he tackles a role he was seemingly born for: portraying Abraham Lincoln, one of our nation’s truly great leaders.

In addition to Day-Lewis, Lincoln also features an expansive cast of revered acting names, such as Sally Field, Joseph Gordon-Levitt, Hal Holbrook, Tommy Lee Jones, Jackie Earle Haley…the list goes on and on and on. The locations, garb, and everything else are painstakingly period-accurate. It’s been ages since we’ve seen a historical epic of this degree in a major motion picture. Even Steven Spielberg, who I consider well past his prime as a filmmaker, has kicked his game up a notch here.

So why don’t I just love Lincoln to death like everyone else on planet Earth, then?

Honestly, it has a lot to do with the film’s scope- it’s narrow. I mean, NARROW. How narrow? Apparently, it only concentrates on perhaps the most well-known aspect of his political existence: his quest to pass the Emancipation Proclamation and free the slaves. But, while a vitally important turning point in our nation’s history, the film concentrates on this singular aspect of Lincoln and nothing else; it assumes that everyone watching already knows everything about the 16th president of the United States, and while we all pretty much do (at least those of us who stayed awake in school), a film shouldn’t rely on the audience having prior knowledge of its subject matter to this degree…especially when they breeze over or just outright eliminate so very much of that history as Spielberg does. 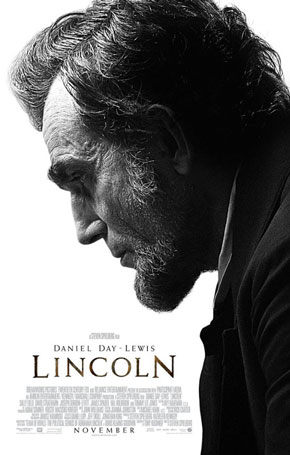 That’s right…this film is about the passing of the Emancipation Proclamation and NOTHING ELSE. We learn precious little about Abraham Lincoln the man; nothing of his youth, what shaped him into a great leader, nothing. We merely view him through rose-colored glasses while he’s in the very prime of his presidency, with no warts on display. Yes, we do get a glimpse of his problems with his emotionally-unbalanced wife, played by Sally Field, but it’s a moot point. I want to know not just what makes the man tick, but why he ticks, if that makes any sense…and Lincoln doesn’t deliver. I mean, this guy was a bad-ass wrestler in his youth…I would have LOVED to have seen that aspect of him tackled on film!

I came away with no new understanding of the man himself, nor any new revelations into history itself; Lincoln himself is portrayed as having very selfless and altruistic motivations for freeing the slaves, but there are naysayers out there who claim he had other ideas. I’m not saying that he had any desires other than equality on his mind, but if there are other legitimate viewpoints, I’d like them explored and/or debunked. Lincoln doesn’t bother to do this.

Also, Spielberg would have you believe that Abraham Lincoln spoke exclusively in clichés and analogies; and while this may or may not be historically true, it’s nonetheless annoying to have to decipher everything he says. Not difficult, mind you, because the clichés are blatantly obvious and well-worn, but still annoying.

But, the film is nonetheless very well-made and, while annoyingly narrow in scope, is still very entertaining in spots. A lot of that entertainment value comes directly from Daniel Day-Lewis, who physically and spiritually embodies Lincoln so perfectly that it’s hard to believe that Spielberg didn’t just build a time machine, pluck Abraham out of the past, and simply slap Day-Lewis’ name on the poster so as not to around suspicion of his blatant violation of the laws of nature.

However, the cast uniformly delivers the goods, and the story, while bland and pedestrian in its attempt to deliver a vision of Lincoln that is in-line with every second grader’s history book, is still well done and engaging to a degree. And again, great pains were made to make the period and its trappings as authentic as possible, and at times it’s pretty darn impressive.

So, while I’m not bonkers over Lincoln as the rest of the universe, I still think history buffs can still enjoy it if they go in with moderate expectations. The story goes that, early in Lincoln’s development, Liam Neeson was originally cast in the role, but withdrew during the film’s protracted development because he felt he had aged out of the part. It makes me wonder if the film would have fared better or worse, because while it’s hard to believe that Day-Lewis’ performance could be topped in any way, perhaps the god-like Neeson’s rugged physicality would have drawn the film in a different direction? Who knows, but as it is, Lincoln is adequate, but it could have been so much more.