It was a fun evening to help raise much-needed funds for LIBR, including drinks, hors d’oeuvres, an Italian dinner buffet, coffee, dessert, and music. Supporters participated in a silent auction and raffle as well as meeting and mingling with friends and to find unique items for holiday gift giving. 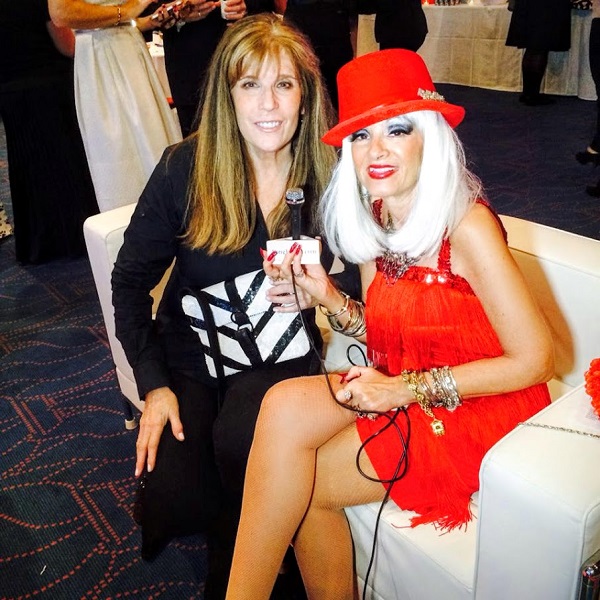 More importantly the event was to bring awareness and to save lives of bulldogs in urgent need of finding their forever family! I was happy to chat with the Founder, Laurette Richin.

Cognac: Welcome back darlings, I am Cognac Wellerlane and I am here with the founder of the Long Island Bulldog Rescue Foundation, and she is going to introduce herself and tell us what this event is really all about.

Laurette: OK, I am Laurette Richin and I started Long Island Bulldog Rescue sixteen years ago when there were just very few bulldogs available and I did see that there was a need for rescue. At that time we had thirteen bulldogs. Last year we had three hundred and eighty-six bulldogs.

Laurette: It is a lot because they have become very popular… too popular, and people buy them and have no idea how to care for them. These dogs cannot be bred casually so you must not buy them from a puppy store or the internet or another place except from a good breeder and you are going to have to wait for a puppy.

You really should always buy a dog from a breeder anyway.

Laurette: If you don’t rescue a bulldog then you should… well if you want to buy a puppy because there is a place in the world where people want puppies but they have to go to a good breeder, or and of course rescue because there is always a need… because even when there are few bulldogs things happen in their lives. They die, they go into nursing homes, they get transferred overseas, they go to war. There is always something, so you come to us for help.

You are very passionate about this. The whole idea of creating this foundation was really based on the fact that there are so few bulldogs around when you first started it?

Laurette: Well that’s true but what happened is I got a bulldog puppy.

I see now we are getting to the real story.

Laurette: The real story is I traded my ex-husband for a bulldog, but anyway that’s a whole other story.

Laurette: After that I became involved with the Long Island Bulldog Club and I realized I did not have the temperament to breed them, but I wanted to do something for the breed… there were few comparatively but they still need rescuing and that’s how I started. Now it’s Long Island Bulldog Rescue covering nine states.

My God that’s amazing. Not just that but you have Beth Stern on your side.

She certainly is I know her from the Hamptons. She is lovely.

Doesn’t she own bulldogs?

Laurette: Howard and her—that’s how I met her. They got a bulldog from someone I know.

Also I believe Ice-T and Coco have a bulldog too.

Laurette: Yes they do and they usually come to this event but since she gave birth about two weeks ago…

Laurette: Next year the three of them will be here and the dogs.

And the dogs… well that’s wonderful. I am so happy to hear that your foundation has become a great success in all these states—not just Long Island where I am from and where you are from—but the reach now has expanded and it’s becoming larger and larger. That is so wonderful that we are bringing awareness. I would love for you to tell me where we can go for more information about the Long Island Bulldog Rescue Foundation. What is the website?

Laurette: The website is LongIslandBulldogRescue.org and you can leave us a message. We also need foster homes. Foster homes are very important, especially in Long Island 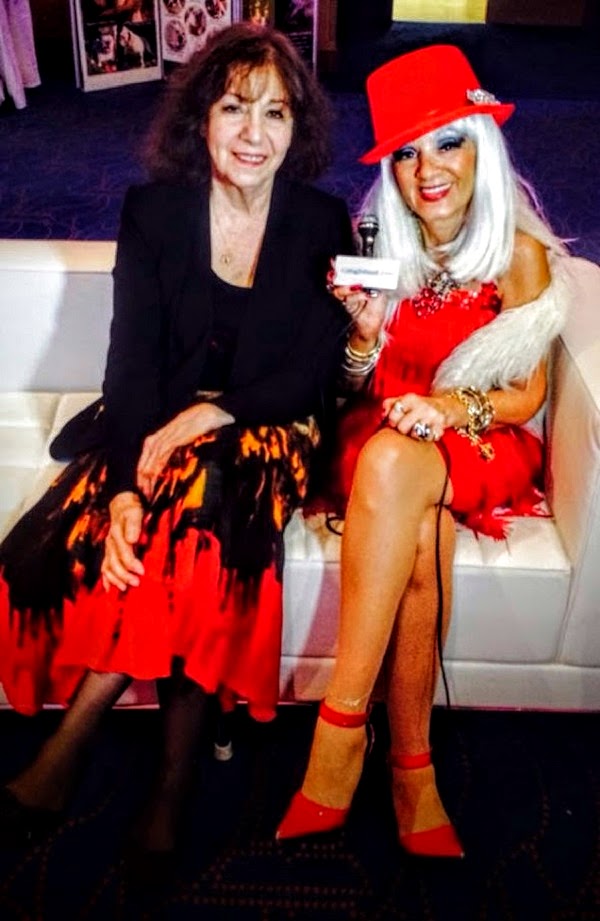 Bash for the Bulldogs Laurette Richen.

During the event I also spoke to animal advocate, actress, and wife of Radio Legend Howard Stern, Beth Stern. Beth revealed her dedication to this very important dog rescue organization.

Cognac: Tell my audience why you are such a big supporter of the bulldogs.

Beth: Oh my gosh when my husband and I had a bulldog for nine years she was the love of our lives… people so often go out and buy a bulldog without really knowing what they are in for, and I mean that in the most beautiful way, but people really have to research the breed and know that they come with a lot of health issues. They are very high maintenance. They are a very specific breed and I just want people to know and understand the breed before they go out and get one. Sadly so many go back to rescue and Laurette and her team work so hard to find families that match perfectly with the right bulldog but they really are a breed that people really need to understand before they bring them into their lives and I hope on some level that I am able to parlay that to people. 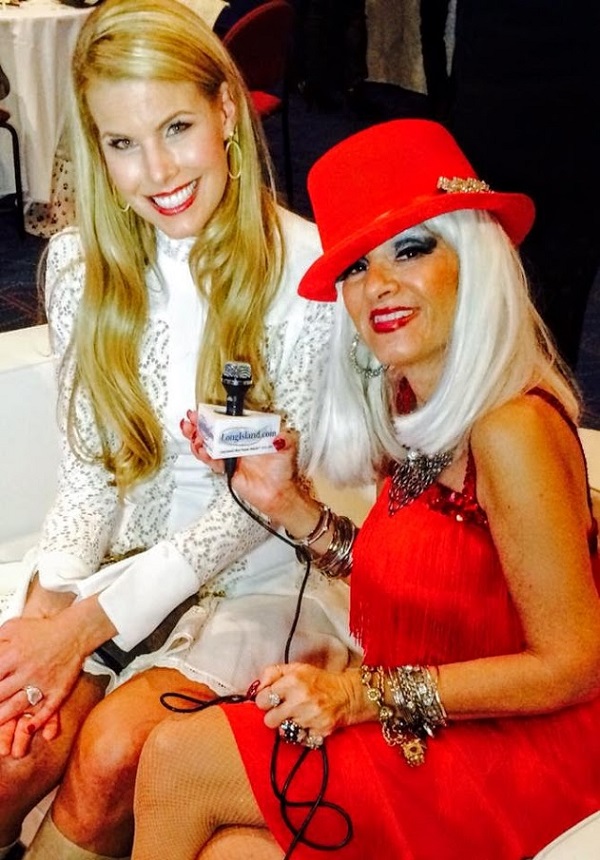 Long Island Bulldog Rescue Foundation’s mission is to provide education, prevention, intervention, and adoption services to ensure that all English Bulldogs enjoy long, healthy lives in loving, safe, appropriate homes where they are provided the life-long care they require. LIBR is committed to each English Bulldog and adopters they serve for the life of the dog. In the event that an adoption is unsuccessful, the dog is to be returned to the LIBR.

LIBR not only spays, neuters and gives vaccines, they give each dog whatever is needed for a great new life in a LIBR 4EvrFamily. They provide expert medical care, behavioral support and guidance to ensure each rescue has every chance to be a happy, healthy member of the best LIBR 4EvrFamily .

LIBR responds 24/7/365, even during Holiday Abandonment Seasons when people abandon their puppies and sick or injured dogs to attend parties, go on vacation, etc. Abandoned as impulsively as they were purchased, or surrendered by heartbroken families in crisis, they face imminent death or a shortened life of inadequate care, chronic illness, injury, conduct problems and loneliness. As long-time members of the Mayor’s Alliance for NYC’s Animals, and in Laurette Richin’s role as the Regional Coordinator of Bulldog Club of America Rescue Network, LIBR is the leading resource for bulldog rescue in Northeastern America.