Little Shelter Animal Rescue is one of Long Island’s oldest no-kill shelters. The organization is dedicated to saving all companion animals whose lives are in jeopardy. Through rescue from kill facilities, rehabilitation of sick and un-socialized pets, and a 100% spay/neuter program, Little Shelter hopes to end pet overpopulation and place all dogs and cats in loving homes. Located in Huntington, NY. Little Shelter is also a part of the Mayor’s Alliance for NYC Animals. 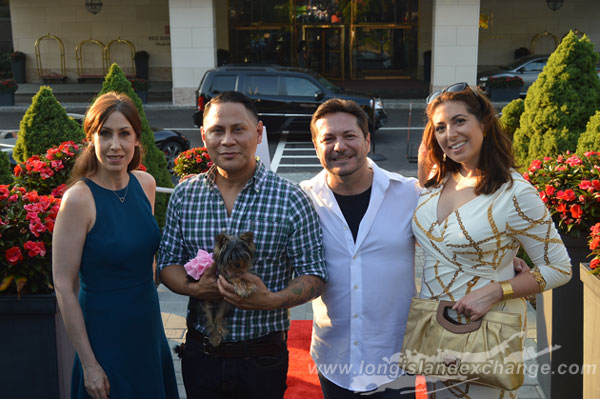 I was pleased to talk to Arlene Leoni, Special Programs Manager.

Tell my audience about the new programs that are available and important to the organization.

Arlene: I want to speak about the new programs because the community does so much for us. This is our way of giving back. We have a food pantry. People who can no longer afford to feed their animals come and we give them food. We have a humane education program where we go to at least a hundred schools a year and we educate children. We talk about kindness and responsibility, spaying and neutering, how to read body language…..it’s a magnificent program. It has been going on since the year 2001. We have a reading program where six of our dogs that have been adopted into families are now therapy dogs and they are working with elementary schools and deal with children of the autism spectrum.

Introduce yourself to the camera darling.

David: I am David Ceely and I am the Executive Director of Little Shelter Animal Rescue in Huntington, Long Island.

How exciting to have an event here at the Garden City Hotel. Who decided to come up with this idea of “Yappy Hour?” I love it. I think it is fabulous!

David: It’s a terrific idea. Our friend Sara Anne who just started working here at the Garden City Hotel gave us a call and said that she wanted to plan an event for us here in this beautiful patio……

See all the wonderful people that love you, see what they do for you!

David: We are definitely lucky to have such good friends. We really are!

So she came up with this idea of “Yappy Hour?”

David: She did. She gave us a call and said “Let’s have ‘Happy Hour’ but maybe we can call it ‘Yappy Hour” and we knew that was the name.

I forgot to mention this to her when I interviewed Sara but I never knew that the Garden City Hotel was pet friendly To my surprise this wonderful establishment is!

David: Let me tell you this place, this establishment the Vanderbilts and the Astors have stayed here. So it’s just an amazing place in itself.

David: Yes, Class A. To find out that it is pet friendly it doesn’t get any better than that.

Tell my audience this particular fundraiser, how is it going to help Little Shelter? Do you have a goal to help this organization?

David: We have quite a few things going on at Little Shelter. Our rescue program goes out to the town shelters and of our passage to freedom goes out into America and pulls animals in need and brings them into the shelter where they might otherwise be euthanized and often times they have got medical issues. It is definitely going to help with that. We also have plans for a isolation room at the shelter. When animals come to the shelter we have one now but we want more of a state of the art one…so we can isolate these animals to medically treat them before they go out into the population with other dogs and cats.

Tell my audience where we can go to find out more information to contribute, participate, donate and support.

David: You can always stop by the shelter. We love getting visitors there. You can definately check us out on line at LittleShelter.com

Later I sat down and interviewed Spokesperson Stephanie Mattera from the Mayor’s Alliance for NYC’s Animals. 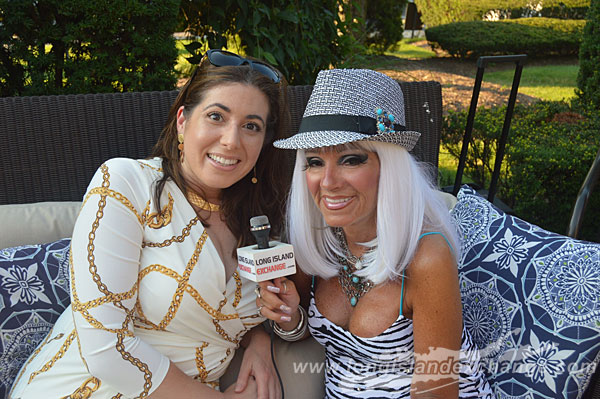 Tell us a little more about your organization and what you do.

Stephanie: As a spokesperson for the Mayor’s Alliance for NYC’s Animals I help promote positive pet parent tips. I also talk about adoption, fostering animals, the importance of spaying and neutering and other animal welfare issues.

Can you tell my audience some pet parent tips.

Stephanie: Yes, we all know that we are in the Summer and it is very hot, so you never leave your dog in the car. Luckily it is becoming a law now where people can actually rescue the dog and break into vehicles but a dog can die within a matter of minutes in a hot car. In any kind of extreme heat or cold you should never leave your dog in the car. That is one pet parent tip.

Stephanie, who is a public relations and communications professional with a B.A. in English and an M.B.A. in Global Business Leadership, received her M.S. in Public Relations and Corporate Communications from NYU in 2009. While pursuing the degree, Stephanie, a lifelong animal lover who recalls growing up in a house full of rescued animals who were all considered members of the family, began to think of “putting my passion for animals into more strategic focus and into doing something more tangible.” That desire led her to volunteer with the Alliance, where her enthusiasm and natural ability to communicate with the public led then-volunteer coordinator Barbra Tolan to quickly recommend Stephanie to become the organization’s spokesperson, a role Stephanie assumed in 2010.