Contributors dined and danced under the air-conditioned tents at the corner of Wickapogue and Old Town Road in Southampton. The festive evening emceed by Chuck Scarborough will benefit Southampton Hospital’s Jenny and John Paulson Emergency Department, which is the sole provider of emergency care on the South Fork and throughout the East End and all of the Hamptons treating more than 25,000 people. 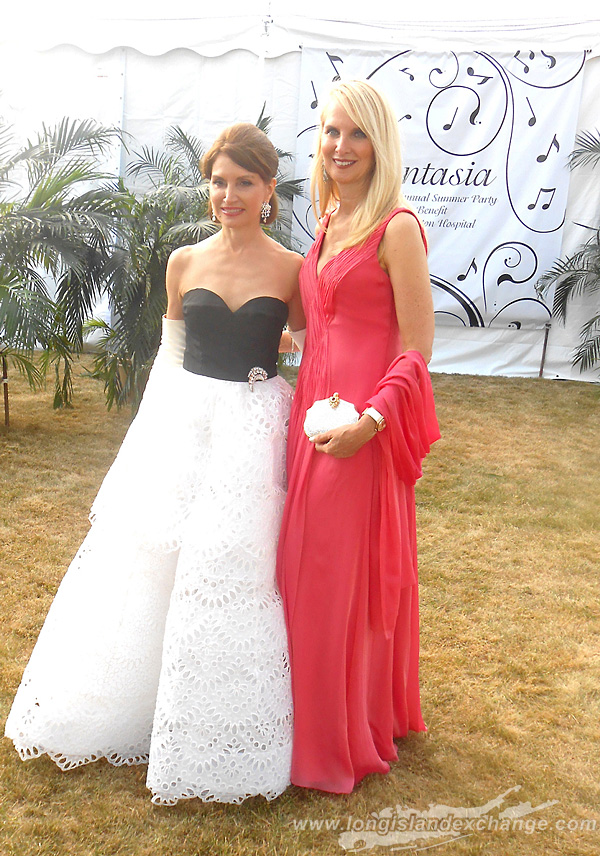 The tents were completely transformed by the imagination and creativity of Tony Urrutia. Attendees also enjoyed an elegant catered dinner by Robbins Wolfe Eventeurs and music by the Alex Donner Orchestra. In addition, guests on hand had access to an array of fabulous silent auction items, and a raffle featuring exciting exiting prizes.

I was happy to talk to Event Chair Jean Remmel FitzSimmons. 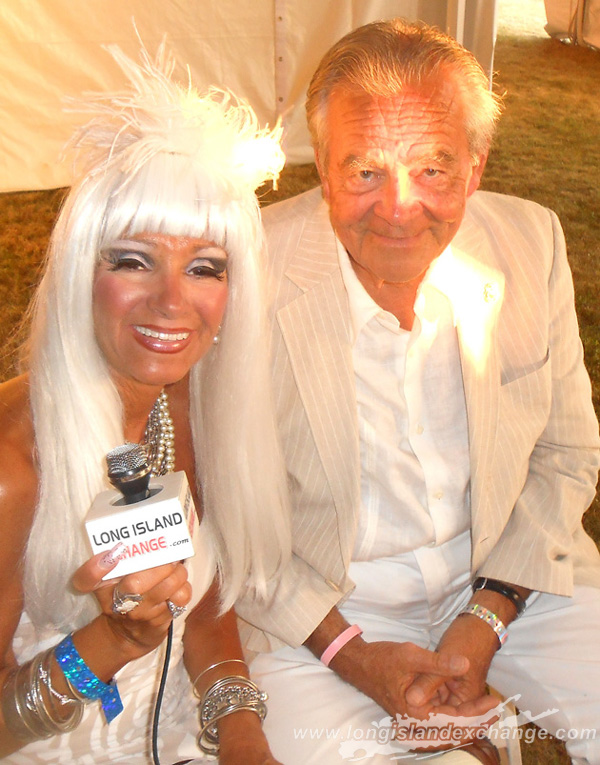 Welcome back darlings, I am Cognac Wellerlane and I am here with the Event Chair Jean Remmel FitzSimmons. What a pleasure to talk to you. Tell my audience how long you have been associated with the Southampton Hospital?

Now this is a huge honor for you to be the Chair for this particular event especially this year.

Jean: It’s fun for me to do it. I have done it before but I think this is my finale. So it’s fun to go out this way.

I can’t believe it’s your finale, there maybe will be ten more times you will do it. Tell my audience why the Southampton Hospital is so vital to the community.

Jean: It’s totally important if anything happen out here. It is our community hospital. You know a lot of people say they would go back to New York but they won’t if they have a heart attack or an accident. They need this hospital and it’s a good one. I mean that truly!

I believe you. I know it is and that is why I am here to bring awareness and make people know that this is a truly wonderful hospital and we need all the contributions and donations we can get.

Jean: Absolutely! Thank you for saying that.

Tell my audience where we can go to support, participate, contribute and donate what is the website?

Jean: www.southamptonhospital.org and you can always send a check anytime.

Before dinner I spoke to Honorary Chair Howard Lorber.

It’s a pleasure to meet you and what a thrill for you to be the Honorary Chair for tonight’s event.

Howard: Thank you. It’s my honor to be here. We are very excited. It’s a very exciting time for the Southampton Hospital because of our merger with Stony Brook.

Yes, tell my audience about that.

Will there be something added because of the coalition?

Howard: Sure, Stony Brook is a teaching hospital. It opens lots opportunities for us. We are going to have a brand new modern hospital with everything that is needed for communities like Southampton and the East End. After all we really are the only hospital on the East End

I know and that is why It is so vital for us all to support this hospital. Don’t you agree?

Howard: One hundred percent. I mean the Southampton Hospital Emergency room is one of the best in the country but also we have full time residents that need to be taken care of on the East End and we are doing it now and I think we will be able to do an even better job with the new hospital. 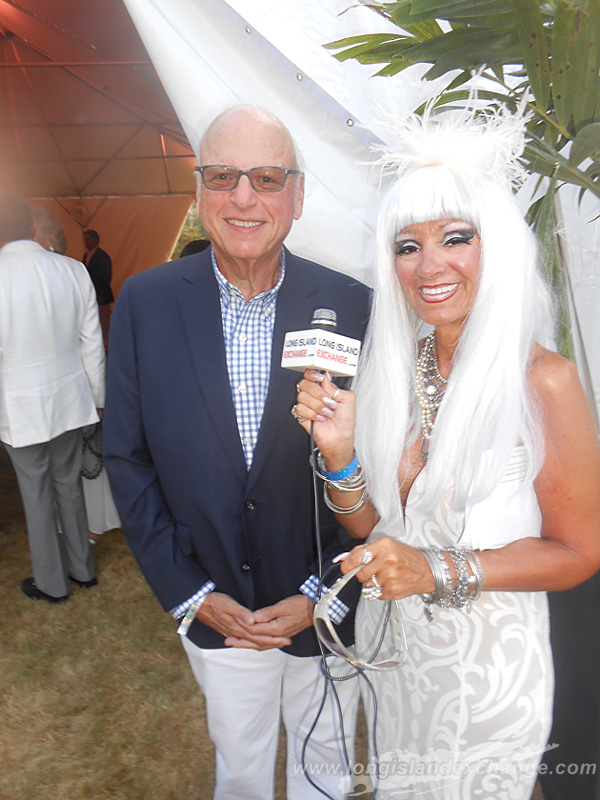 Howard Lorber is is an American businessman and investor. He is the President and CEO of Vector Group Ltd., a holding company listed on the New York Stock Exchange. He is also the Chairman of Douglas Elliman, a subsidiary of Vector Group, which is the largest residential real estate brokerage in the New York metropolitan area. He is also chairman of Nathan’s Famous (a fast food chain in the New York area). In May 2010, he became a member of the Board of Directors at Borders Group Inc. He is also associated with New Valley Corporation (formerly Western Union), Hallman & Lorber Associates (an actuarial firm), Aegis Capital Corporation (a broker-dealer), United Capital Corporation (real estate), and Ladenburg Thalmann Financial Services.

Since its establishment in 1909, Southampton Hospital has remained faithful to the vision of its founders in providing the very best in medical care to the Eastern Long Island community. An affiliate of Stony Brook Medicine and a member of the East End Health Alliance, a group of three Long Island hospitals on the North and South Forks, the Hospital offers a full range of inpatient and outpatient services and is staffed by more than 280 physicians, dentists, and allied health professionals representing 48 medical specialties. The Hospital is accredited by the Joint Commission, an agency that rates the quality of care provided by some 20,000 healthcare facilities across the United States.