LONG ISLAND, NY – America’s most controversial and outrageous comic, Andrew Dice Clay, or to many of his adoring fans the ‘Dice Man’ will be performing at the NYCB Theatre in Westbury on Friday January 30, 2015 at 8:00 PM.

Last year the Dice Man published “The Filty Truth,” a story of his rise to fame. His story is written by David Ritz. In this unapologetic and uncensored autobiography, Andrew Dice Clay, is roaring to set the record straight. Below is an interview with the irreverent comic: 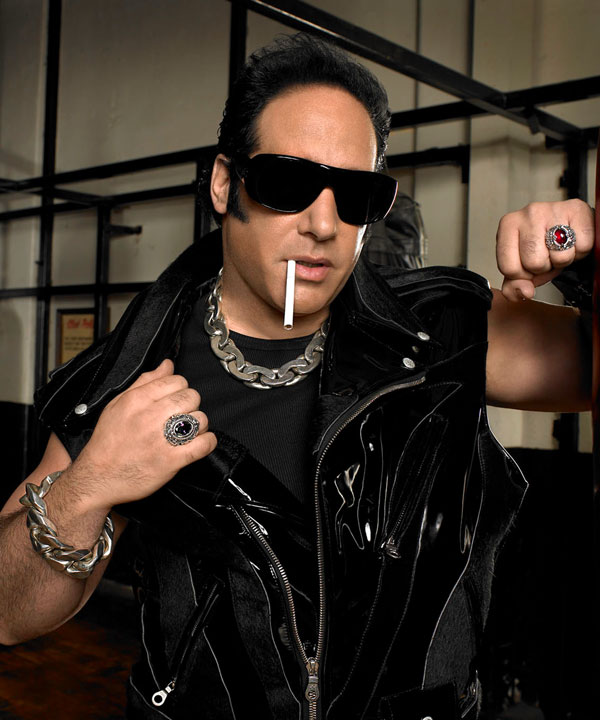 Andrew Dice Clay, will be performing at the NYCB Theatre in Westbury on Friday January 30, 2015. Photo Courtesy, ‘Dice’.

Born in Brooklyn, NY what encouraged you to become a comic?

The man that we see on the stage telling jokes, is that the same man at home with his wife and kids?

Dice: I’ve always said that if I did half the things I talk about on stage at home, I’d be looking at 25 years to life. The Dice Man is character – the only thing we have in common is that we are both from Brooklyn.

Your whole act is politically incorrect. Does it ever worry you the consequence of something you might say could cause a law suit?

Dice: F*#K THAT! I am a comic, what are they are going to sue me for? Being F#@king Hilarious and a Little Fithy?

Explain to my audience about this performance that will be at NYCB Theatre in Westbury on Friday, January 30th.What will we see?

Dice: The audience can expect one of the funniest comedy shows that they have ever seen. It’s filthy, vulgar, graphic but first and foremost Funny! And if you’re over 18, you won’t find it offensive at all, because I talk about the same things everybody else does but won’t admit.

I understand you recently had your autobiography THE FILTHY TRUTH published. What inspired you to tell the story of your life?

Dice: I had offers to tell my story years ago, but it never felt right. I had not lived enough life to tell my story if you know what I mean. I think after the Woody Allen resurgence the timing felt just right.

How long did it take for the story the get published start to finish?

Dice: That’s hard to say cause I wrote a lot of the book years ago when offers started to come in. But the finished book I have to say about 2-and-a-half years.

Where can go to find out more information about your tour dates and anything we need to know about the Dice man?

Tickets to the show on Friday January 30, 2015 at 8:00 PM can be ordered at http://venue.thetheatreatwestbury.com