Little Shelter Animal Rescue and Adoption Center is a non-profit, no-kill animal shelter nestled on six wooded acres in Huntington, Long Island. Included on the grounds is Sheltervale Pet Cemetery which has been the final resting place for companion animals for more than eighty years. Suffolk County’s oldest humane organization, Little Shelter has been devoted to saving abandoned pets and placing them into loving homes since 1927. Age, physical condition and socialization issues are never criteria for rescuing a pet whose life is in jeopardy. Most of their companion animals have been saved from kill shelters on Long Island, in New York City and in several southern states. 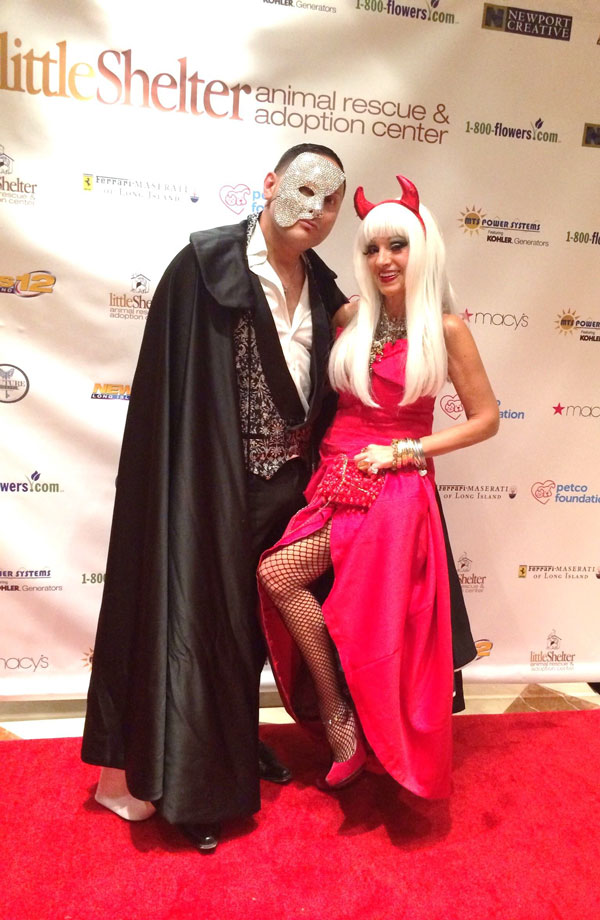 As a member of the Mayor’s Alliance for NYC’s Animals, Little Shelter is regularly called upon by the city’s municipal shelters to take pets in need of rehabilitation. All Little Shelter pets receive the highest quality medical care and are spayed /neutered before adoption. Every potential adopter is interviewed and thoroughly screened to ensure the best quality homes for abandoned dogs and cats.

On Halloween night ghosts, goblins and New Yorkers celebrated with Club Promoter Andy Troy. This year’s Halloween party began at Promenade, 344 3rd Ave. between 25th & 26th streets. Later there was a parade of ghouls that attended a much more lavish Halloween Gala at 230 Fifth of 1,000 guests on the club’s rooftop overlooking all of Manhattan. I had a chance to interview Andy Troy himself who has been hosting club events for many years. 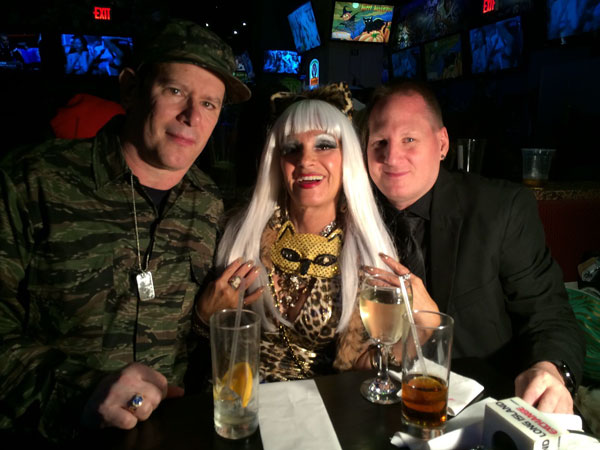 Andy is a personal trainer certified by NASM, NSCA and ACE and the author of the book, “Living Young: 32 Habits of ageless People.” He has been a consultant on six popular fitness DVDs as well as the creator of “The Bedroom Workout For Men,” a DVD dedicated to improving men’s sexual performance through flexibility, strength and endurance exercises specific to that purpose.

He has appeared on a segment of the Tyra Banks Show” which can be viewed by clicking the link on the homepage of my website: www.AndyTroy.com. He is also the subject of a segment in Insight Film’s new TV show, “The Straight Goods”. Andy has written numerous magazine articles on fitness related topics and has a degree in Psychology and a Masters in Counseling. He is also famous for promoting large, monthly parties in New York’s top clubs through his website: www.TastingNYC.com

Later Casting Agent John Thomas stopped by to chat. JT, as every calls him short for John Thomas, is the owner of JT TALENT AND CASTING. The agency is located in New York City and is a leader in the casting of film, TV, commercials, theater, print, special events and more. He have over 3,500 artists, actors, models, singers, dancers that his company represents. He have been the casting director for over 68 feature films and independent features and continues to work on several other projects. His company is established in all areas of the performing arts and now is a producer for film.

For more information please visit him on https://www.facebook.com/JtTalent.

I also had a chance to chat with Life Coach Bonnie Bruderer who is the Creator and Founder of “Be The One” Coaching and training. She is a serial entrepreneur and has been behind numerous companies including V.I.S.S., Dirty Dog and Occasion. Bonnie has provided council to thousands of people around the globe helping them achieve their dreams.

Bonnie has an extensive background in the personal development field including training in NLP, Hypnotherapy, Holistic Health, Results Coaching and holds nine certifications in human behavior an personal development. She is best known as the “girl who traveled with the gurus,” spending over seventeen years on tour with some of the top personal development minds on the planet. She has authored four books, has multiple audio programs, hosted her own radio show (Live Your Life On Fire) and has appeared on multiple news shows and reality shows as an expert coach.

She has appeared on FOX and NBC TV on numerous occasions and has helped leading organizations such as Anthony Robbins, Ticketmaster, City Search, and Active Networks achieve significantly higher levels of revenues and success.

Later that evening we attended Fashion Designer Malan Breton’s Masquerade Ball at the Union Square Ballroom. I was delighted to catch up with and interview Designer Pamela Quinzi. Pamela Quinzi is a Fashion Designer born and raised in Rome, Italy. At fourteen years old she studied at the Institute Armando Diaz in Rome, an Italian high school specialized in fashion. She was also an intern for the oldest Italian couture brands: Sorelle Fontana, Gattinoni and Sarli. After graduating she moved to Milan and attended the Institute Marangoni studying fashion design. She graduated in 2005 and started her fashion career in Milan. 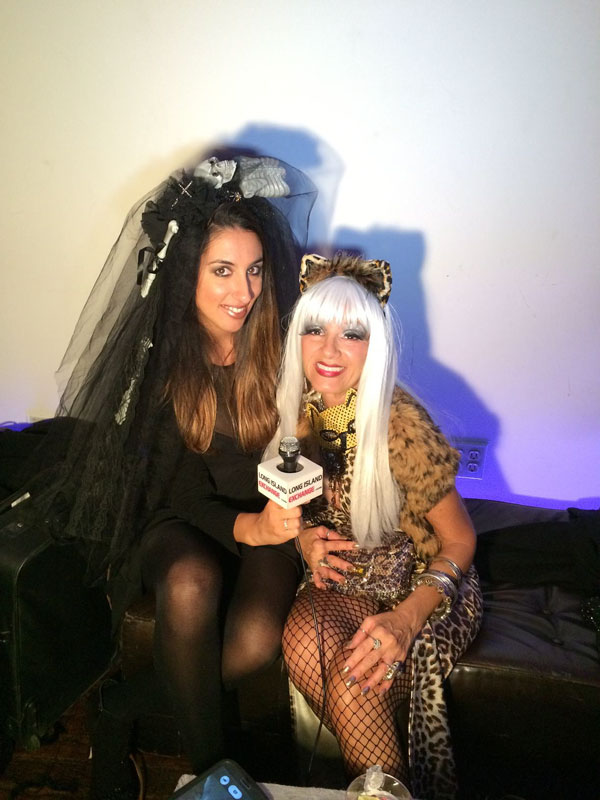 Pamela has designed extensively at the upper echelons of the fashion industry. She was responsible of the development for two accessories collections of the iconic brand Fiorucci. She currently has her own brand and the most important pieces in her collection are the One-of-a Kind shoes that she customizes by hand. International press calls Pamela “The new Cinderella of New York” a name that has caught on and inspired her blog Cinderellaofnewyork. In April 2010 she had the opportunity to show with a Fashion Show “New York Pop Princess” her first Hand-Made Collection at the Greenhouse club in Manhattan. 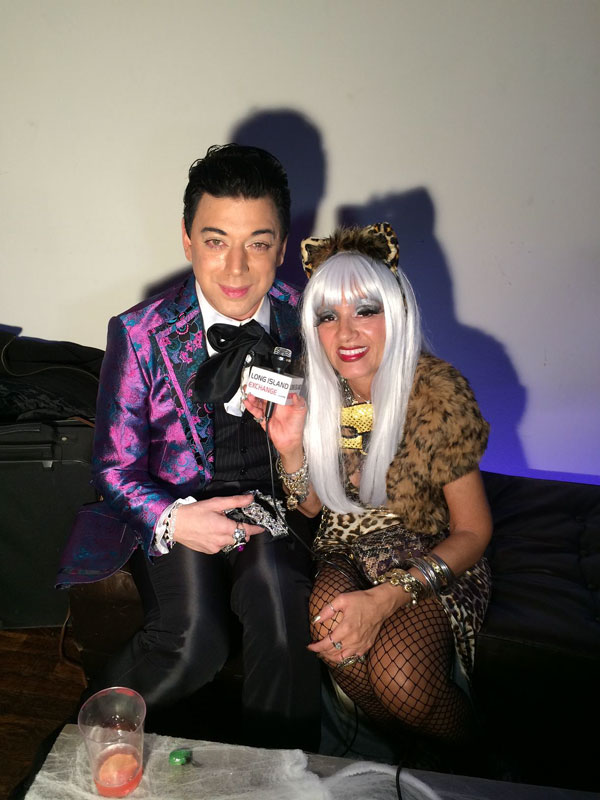 She continues to design and is a stylist for important music videos of Italian artists such as Lorenzo Jovanotti, Luciano Ligabue and Emma Marrone. Pamela is Kilame’s testimonial and face of her own brand. She collaborates with photographers, make up artists, hairstylists, designers and stylists from all around the world. Determination is her key of success!

Just when guests started grooving on the dance floor, Fashion Designed Malan Breton and I talked about his latest ventures. He recently was awarded the 2014 European Fashion Council “Eirene” Fashion Award, the 2014 Fashion Icon of the Year award from UCOF and was nominated for a 2011 WGSN Global Fashion Award. In Sept of 2014, Malan Breton was titled number 16 of the top 100 most popular people in entertainment for his work in fashion and costume in American television from Taiwan by IMDB. In April of 2014 Malan Breton was voted by Ranker.com the 24th most famous person from Taiwan for his work in fashion. Malan Breton Spring 2015 Collection was presented at Mercedes Benz Fashion Week by the Taiwan Tourism Bureau and Malan was also commisioned to design a signature scarf for Taiwan that featured his artwork.

For more information about this incredible designer please visit http://www.malanbretonhomme.com