(Long Island, NY) On January 16, 2007 the stars showed up for the Kick Off Party for the “Home to the Future” Exhibit hosted by Legendary Crooner Tony Bennett at the Time Warner Center. This elegant event showcased Time Warner Cable’s newest offering of industry-leading digital products and services as well as successful digital initiatives from Time Warner’s other economic businesses.

Home to the Future is a strong four-story, interactive installation built within the massive Time Warner Center at New York City’s Columbus Circle This groundbreaking structure wired with 50 Samsung LCD Screens and a mile of cable was constructed and conceived by renown museum exhibit designer Edwin Schlossberg of ESI Design. 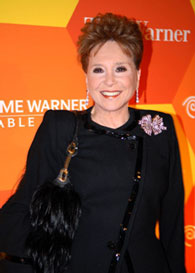 The exhibit will include a series of themed ancillary events –– in cooperation with Time Warner partners in film, television and music (events to be announced). Additional information about the Home to the Future and up-to-date information on associated events will be available online at www.hometothefuture.com.

Time Warner Center, the 2.8 million square feet complex located at Columbus Circle, opened to the public on February 5, 2004 with a huge media event. The Shops at Columbus Circle and The Restaurant and Bar Collection consist of retail, food and beverage establishments. Together with Jazz at Lincoln Center’s three performance halls, this world-class destination provides New York’s West Side with 500,000 square feet of dynamic restaurant, retail and entertainment uses. Visit www.theshopsatcolumbuscircle.com for more information.

Dick Parsons, Chairman and Chief Executive Officer of Time Warner Inc., mentioned “Home to the Future highlights Time Warner Cable’s latest digital products and services in a most dramatic way inside the Time Warner Center, one of Manhattan’s premier destinations. We also are pleased to showcase our industry leadership in other digital arenas with a variety of innovative initiatives from AOL, Time Inc., Warner Bros., Turner Broadcasting and HBO as well as Time Warner Cable.” 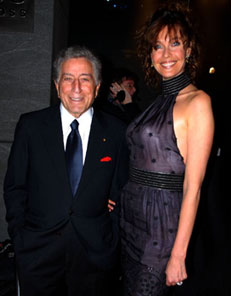 As Mr. Parsons CEO of Time Warner gave his distinguished speech, “I believe that lady from the New York Post is here”, suddenly a huge wave from a petite figure from the audience, Gossip Columnist, Ms. Cindy Adams made her way through a media frenzy to the front where press and papparazzi were and yelled “Hey Dick its me, the gal from the New York Post”. She then looked at my Press Photographer Shane Gritziinger and asked politely “Hike me up, would ya” Shane of course was happy to oblige and hoisted La Adams up to the podium where a photo opportunity with the Gossip Diva and CEO set the press on fire!