(LONG ISLAND, NY) Sherlock Holmes fans are in for a treat when Ray Palen, executive producer and co-founder of the Minstrel Players, takes the stage as the famous super sleuth as he is portrayed by William Gillette in Ken Ludwig’s 2012 Edgar Award Winning play for Best Mystery, “The Game’s Afoot.” This play is a follow-up to Ludwig’s “Postmortem” which the Minstrels staged a few years ago.

“There’s such a huge Sherlock Holmes resurgence lately,” Palen said. “With three renditions on TV now and all the Robert Downey Jr. movies, there are a lot of people out there who would love the show.”

“The Game’s Afoot” is semi-non-fiction, based on the actor/playwright William Gillette who was friends with Sir Arthur Conan Doyle and actually co-wrote the very first Sherlock Holmes play with him. Ken Ludwig has taken a fictional look at what would happen if William Gillette was put in the middle of a murder mystery. Would he become Sherlock Holmes and solve the mystery? In this play he dons the Sherlock Holmes hat and try to solve the mystery himself. The play is subtitled “Holmes for the Holidays” as it takes place during the Christmas Holiday season. 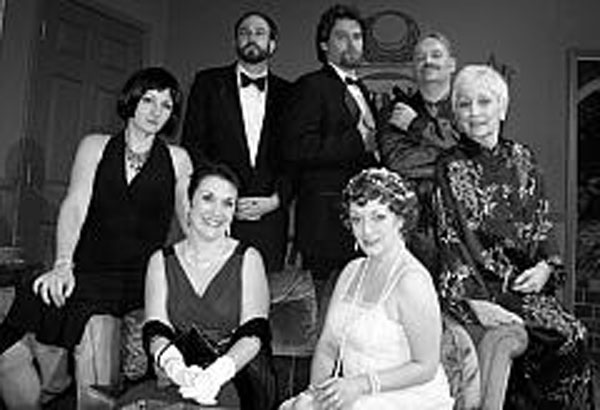 In real life at the close of one of Gillette’s performances someone in the audience shot him in the arm. This play takes a fictional look at what would happen if he were back in his home – Gillette Castle (his real home in Connecticut) with his arm bandaged up. While there someone gets killed. He then takes up the guise as Sherlock Holmes while a real detective takes on the case. It’s a humorous story of Gillette’s investigation – he’s determined to find out that the killer wasn’t one of his friends or family members, while the British female detective from Connecticut is talking to everybody in the home. There is a great cast of characters and suspects to choose from, Palen said. 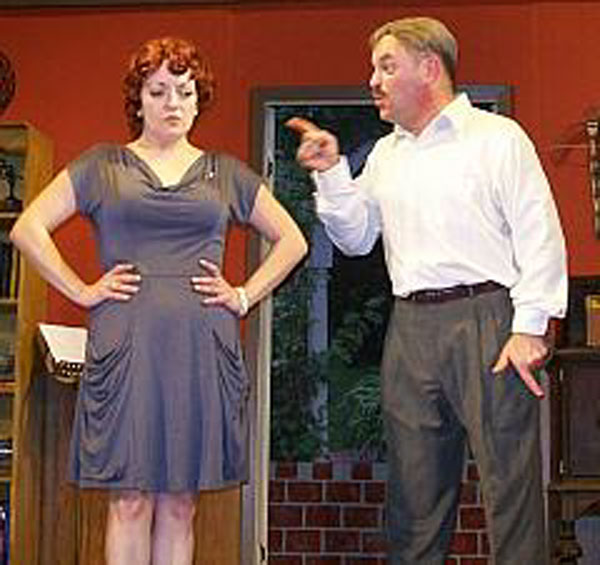 Palen says he has spent his entire life preparing for the role.

“I’m a huge Holmes fan,” he said. “I have read every story and have been watching him my whole life. I’ve played Sherlock Holmes three times on stage. It’s great to play Gillette again. I have studied up on everything I can about Gillette. The Gillette Castle in Connecticut is a landmark. We tried to have our stage imitate the sitting room. We even have a real Broadway poster with William Gillette on it.”

The Minstrel Players started 14 years ago with an idea Palen had. 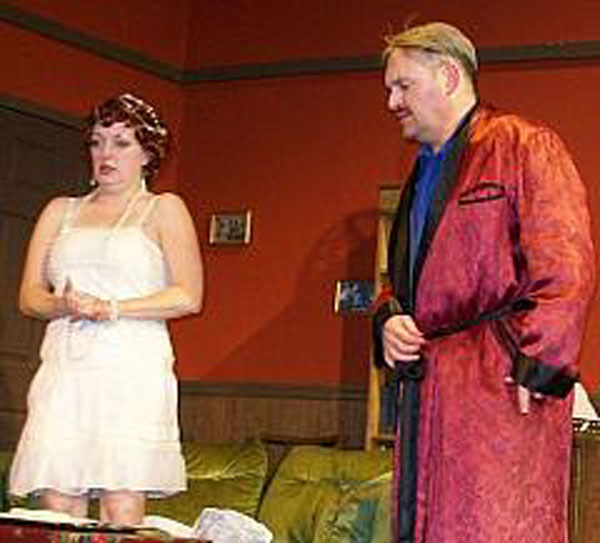 “I was performing everywhere from Queens to Long Island. I was the Vice Presidents of a theater group in Queens. I met so many people along the way I thought I could do this myself.”

He got together with family members and actors and in 1999-2000 the first show was performed. The group has been performing in Northport for 12 years. 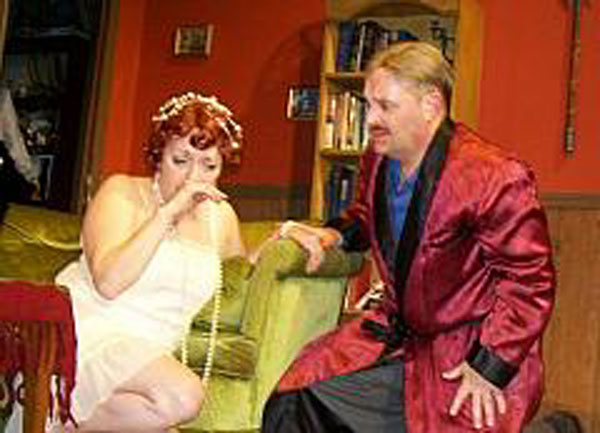 “It’s an open group,” Palen said. “We always want new people. We go out of our way to work with nice people that are team members. This play is made up of some new people and some people that have been with us for years. It’s a really good cast.”

“Ken Ludwig is a great mystery and comic playwright,” Palen said. “This play will leave you laughing with plenty of ‘Aha’ moments.” 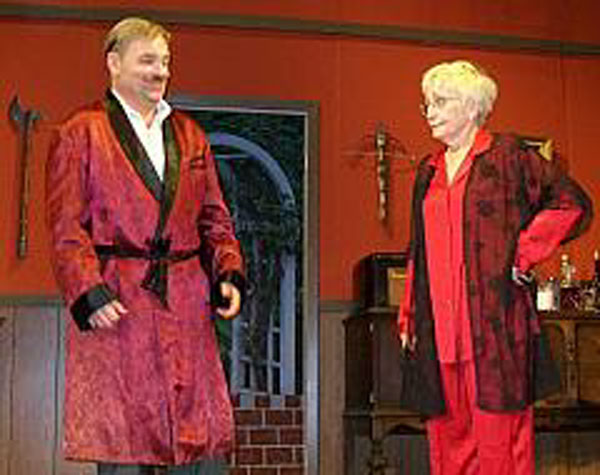 Performances of “The Game’s Afoot” will be over two weekends on Saturday, October 25th and November 1st at 8 P.M. and 3 P.M. matinee performances on Sunday October 26th and November 2nd at Houghton Hall – Trinity Episcopal Church, 130 Main Street in Northport Village. Tickets are $20 for adults $15 for seniors and children under 12. For more information please call (631) 732-2926 or visit www.minstrelplayers.org.