LONG ISLAND, NY – The Long Beach International Film Festival “Taste on the Beach” event took on place Friday, Aug. 7, between National Boulevard and Edwards Boulevard in Long Beach, New York. Guests enjoyed a new feature “Taste on the Beach” to their flick night event. Taste On The Beach preceded the free movie night “Shorts on the Beach,” where Long Beach and regional restaurants finest foods, wines, cocktails and craft breweries collaborated together to give a sampling of their favorite dishes, bottles and brews.

“The Long Beach International Film Festival continues to provide an opportunity for filmmakers and fans to witness the filming locations Nassau County has to offer whether it be at local beaches, mansions, suburban areas and, of course, Gold Coast Studios and Grumman Studios,” revealed Nassau County Executive Edward P. Mangano. “I invite residents to attend the festival and enjoy some of the best samplings of the food, music and film from Long Island.” 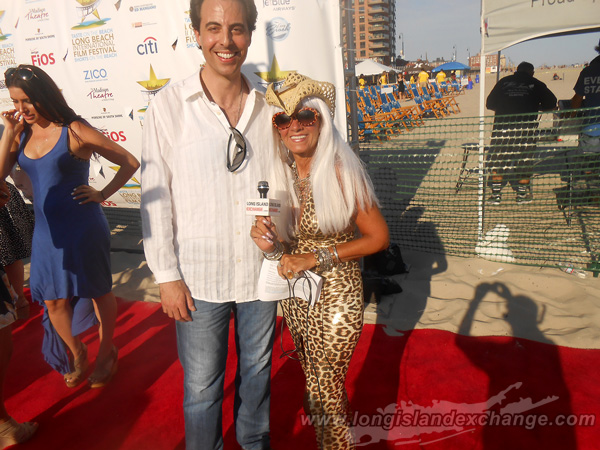 Comedian and Actor Rob Magnotti with Cognac at the Long Beach International Film Festival’s “Taste On The Beach”, Friday, August 7, 2015.

Films that were highlighted included Director/Producer Stephanie Donnelly’s narrative/comedy “The Cannoli” – where a Long Island family dinner turns tragic and a choice must be made between dessert and family; Director Sarah Menzies’ San Diego Surf Film Festival Best Short winning documentary “Catch It”, which followed Léa Brassy as her nomadic lifestyle takes a pause and she finds serenity in the Arctic surf of Northern Norway; And Croatian Director Antoneta Alamat Kusijanović’s World Premiering “Eye for an Eye”, in which child’s play turns into a showdown of imagination and discipline. 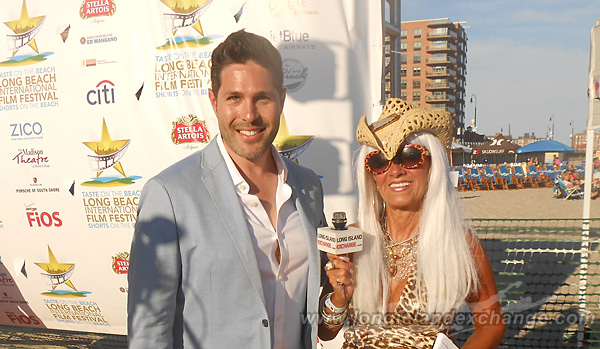 During my red carpet interviews I had the chance to chat with Co-Founder Craig Weintraub.

Welcome back darlings, I am here with the Co-Founder Craig Weintraub from the Long Beach International Film Festival. This is a spectacular event, food, red carpet…it’s the best it has ever been! Tell my audience how many years you guys have been doing this?

Craig: We have been doing this…this is our fourth year. This is the small kickoff to our festival which runs in September. The Fourth annual Festival and yes we started in 2011 as an idea to bring a film festival here to Long Beach.

It is slowly growing and we are making sure that quality is key along the way and we want everyone from our filmmakers to our musicians to our festival goers to enjoy themselves so we implemented “Taste on The Beach” for the ultimate dinner and a movie experience. It’s a festival for all the senses!

Tell my audience how many food vendors will be here tonight?

Tell my audience also how many film, how many shorts we are going to see tonight?

Craig: We are going to see fourteen short films that the total duration of the entire program is an hour and a half. Some are two minutes, some are seven minutes and it’s a great variety. We have documentaries, environmental documentaries, documentaries on women that are changing the landscape where men normally dominated in the work force. We have scary films, we have narrative films and we have great, great animated films as well for the kids. Its a PG program. It’s a family event. There is no strong sexuality, no strong language…it really is for everybody. It is a small taste of what you will get in September.

I can’t wait! Tell my audience where we can go to find out more information. What is the website?

Craig: The website is www.longbeachfilm.com. It is as simple as that.

Thank you so much darling!

Craig: Thank you for being here. 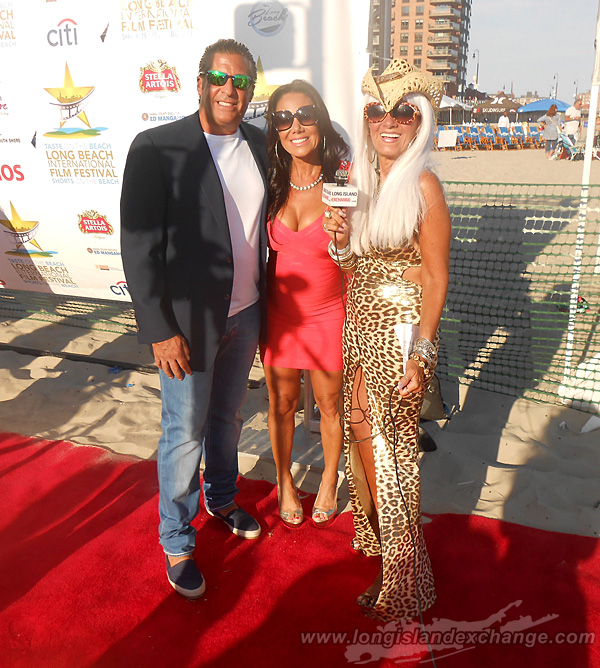 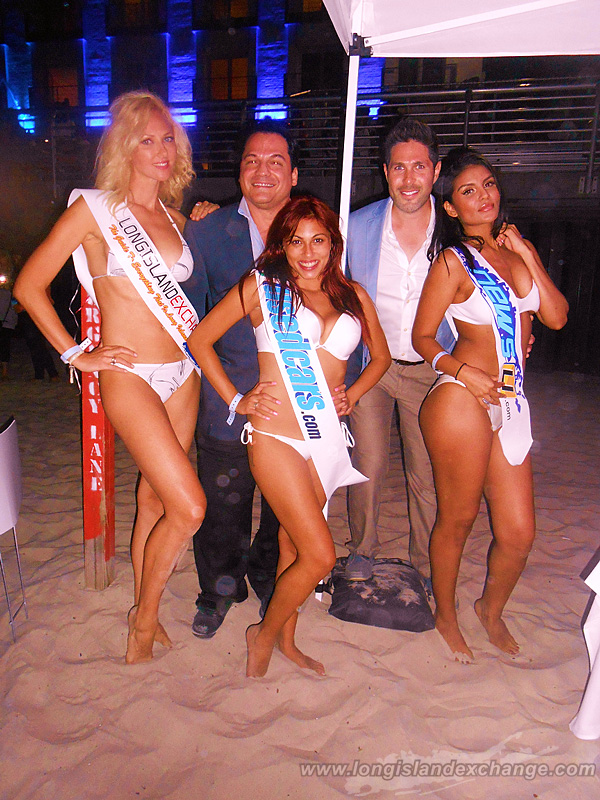 LBIFF Programmer Steve Shor revealed, “Shorts on the Beach is a wonderful representation of what is in store for the Long Beach International Film Festival in September. The program will open with the Oscar winning short Feast from Walt Disney Animation. Additional animated shorts include Deep End by Oscar nominee Bill Plympton, and Bear Story- a Chilean computer animated short (considered one of the best this year). In the short documentary arena, we have Trust Design by Interior Design Magazine and Dryden by EarthJustice. The program includes some wonderful Narrative submissions from New York based directors and Universities.”

The Long Beach International Film Festival – sponsored by Nassau County – celebrates the art of storytelling through cinema. Presenting shorts, fiction and documentary formats, the festival is committed to exhibiting films that convey a fresh voice and differing perspectives. The goal of these programs is to captivate, engage and enlighten audiences, provide invaluable exposure for filmmakers and present inspired entertainment.