This past weekend The Macabre Faire Film Festival returned again to celebrate excellence in independent Horror films from around the world on Long Island at the Upsky Hotel in Hauppauge.

Macabre Faire events and Film Festival has a reputation for being a very friendly environment with a wonderful celebratory ambiance within an intimately sized space. If you are a person who needs to be at an event with 1000’s of people in a large space where you may need to attach a GPS on your friends & family so that you can find each other quickly and easily… then the Macabre Faire Film Festival may not be the event for you. However, if you prefer an atmosphere that runs steady; you enjoy costumes; you love movies, music, Halloween and fun non-pressuring vendors; you genuinely enjoy making new friends; you appreciate everything being within close proximity; and are comfortable around a few hundred macabre-loving fans like yourself, then it is most certainly the event for you. 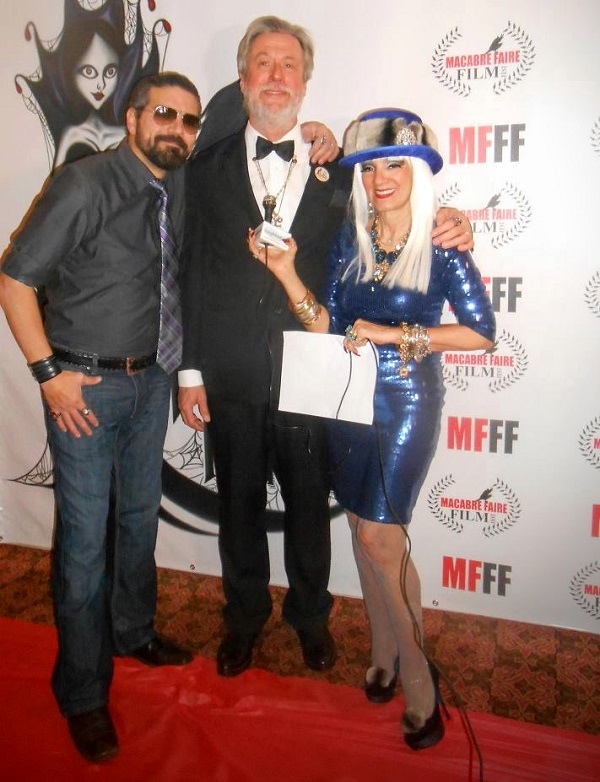 For starters the word “Macabre” is pronounced “ma-cob.” The “re” is hardly ever heard. What does it mean?

Although it is an adjective meaning “disturbing and horrifying because of involvement with or depiction of death and injury,” you should approach the Macabre Faire Film Festival with a lighter touch in so far as not all of the films screened are a gore-fest. Of course there isn’t anything wrong with adding some gore to your film but, when we hear the word “Macabre” we remember those hauntingly fascinating films that starred legendary greats such as: Vincent Price & Peter Cushing. Or those fantastic Gothic Horrors like those from “Hammer” films. These names in themselves represent what “macabre” means to the Macabre Fair Film Festival.

Their mission is to provide a venue for showcasing films within a celebratory & respectful environment, where fans can enjoy the independent films entered by those who passionately craft their Strange, Weird, Horrifying, Sci-Fi-tastic, Fantastical and Macabre-laden films. The opportunity to win awards, increase film visibility via press and possibly obtain distribution is always part of the equation with the Macabre Faire Film Festival.

In between my interviews with the filmmakers I sat down with Elsie Ginsberg, Co-founder of the Macabre Film Festival. 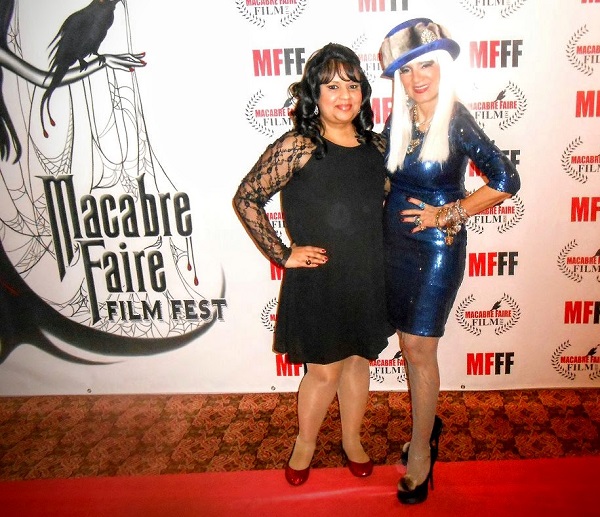 Cognac: Welcome back darlings, I am here with the Co-founder Elsie Ginsberg. Elsie how many years have you been doing this?

Elsie: Well, thank you. That’s right you were here last January. We actually doubled the attendance. I am trying to whisper because Father Evil just won Best Villain Competition and he is accepting right now but we are really excited about the Macabre Film Festival this year and we are really gearing up for 2017 already.

Tell my audience how many films were shown this year at the Macabre Faire Film Festival?

Elsie: Well this is the first time that we are screening four days for a total of 146 film titles.

Wow… now best in category for how many films total?

Elsie: I would say there are twenty different categories. Remember we are talking about features and shorts so that’s a lot.

Do you have a favorite category?

Elsie: They’re all here and I have seen every single one of them. For me my favorite part is them just enjoying the stage we fill for them which is exactly what’s happening. Look at the place–this is… I mean, this is what you would see in Hollywood.

There is nothing else like it. I go to many, many film festivals including the Hamptons International Film Festival and they don’t do this.

They do not do this. They have sought of like an award event but it’s not the same and people do not look as glamorous and they are movie stars.

Elsie: But remember what I told you all along for us the goal is to raise the bar where it comes to the Horror or the Macabre Genre and we are sticking to it. I know we may be ruffling a lot of feathers in the process but at the end of the day that is the vision, and if I don’t stay true to that vision we will never elevate the bar and dammit I will die trying.

Elsie: No, no, no it is my passion…you have to understand for me this is what I am living for right now to make this happen.

I think that’s what keeps you going too.

Elsie: Plus all the filmmakers that I deal with and how difficult it can be. My stress levels are high.

Your stress levels may be high but you do a fantastic job every single year. Every year you get top notch films and top celebrities that come to this event.

Elsie: From the independent world, yes.

But now a lot these movies are being shown on Netflix, and Edward X Young told me his film you can buy at Best Buy.

Elsie: Edward X Young is on everything–even my interview. You know what, we love him. What’s great is that the different outlets are making it easier for these wonderful filmmakers to be able to showcase what they love so much. Their craft, their skill of film-making. So I am happy that they got that outlet. We are simply building a stage to be noticed for them, to get their work out there so with that said I am going to run off.

Tell my audience one more thing where can they go to find out more information about the Macabre Fair Film Festival?

Elsie: You just said it. Go to our website, MacabreFaireFilmFest.com, and “Faire” is with the “e” at the end. You will see how much time and love we have put into that website for the filmmakers. 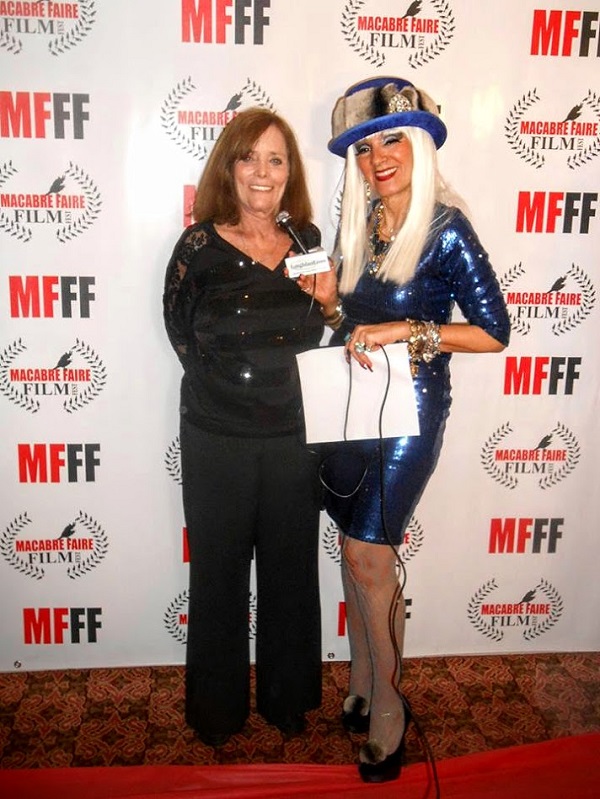