Donnie Klang, the P Diddy protege and MTV Making The Band Season 4 and 5 Winner, who was once signed to Sony Music by Beyonce’s father Matthew Knowles, has proven himself not only a hit maker, but a star maker – both before the age of 30. You may know him from television, radio and his tours across the country. His accomplishments were touring with top performers such as Jason Derulo. Donnie and his producing partner and best friend Matt LaPorte decided to embark on a new endeavor taking them both to the next generation of music impresarios. 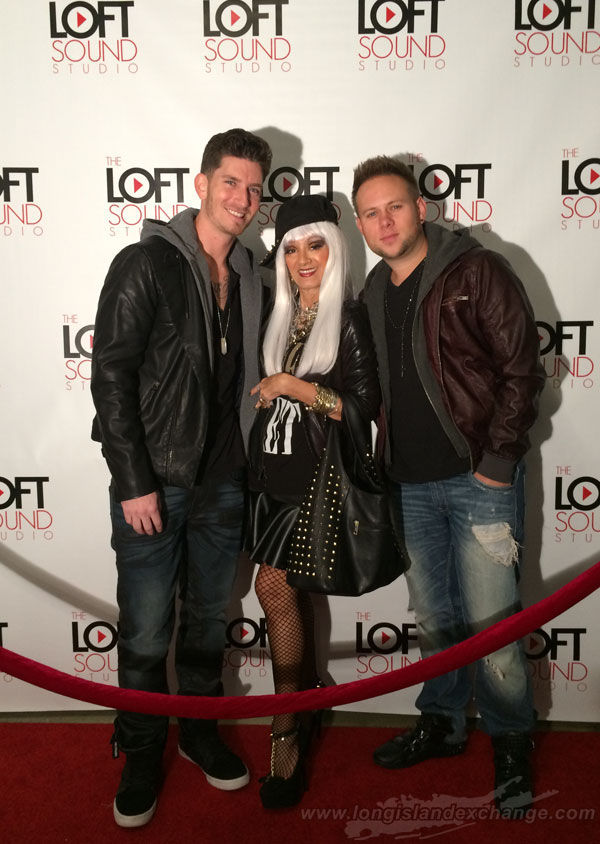 I reached out to this dynamic duo to find out what inspired them to create this company.

Why did you create the Loft Sound Studio?

Matt: My Company was created by me and my best friend Donnie Klang. We kind of had several years in the music business as artists, different MTV shows. Donnie was on the show “Making the Band.” We went through different deals with Sony as young artists and we wanted to kind of go back to our roots and create a place where young kids and people that might have the talent to make it in the business but they don’t know where to go, so we kind of want to clear the place for those people.

There are so many people out there that are totally naive about the whole record industry, creating albums, putting a record together and you help them with that?

Matt: Yeah, we help them through all stages whether you are a beginner or advanced. Right now we are working with a couple of celebrities.

Tell my audience about the celebrities that come here.

Matt: We work with a lot of kids from “The Voice”.

So they are really reality stars?

Matt: Yeah, they are reality stars. One of the artist we are developing is a twelve year old girl, Madison Beer. Through a network of us and her family, she got signed to Justin Bieber which was huge for us and our brand. Justin Bieber tweeted a lot of our videos that were made for her so that went out to 27 million people. So that kind of help expanded our brand.

Wow, that is amazing. How do you do that? How do you get 27 million people liking the video? Is it luck, talent or a little bit of manipulation with the Internet?

Matt: A little mixture of everything. You have to sound good. You have to know people and you got to be with the Loft Sound Studio.

I also talked to Co-owner Donnie Klang and he shared some information during our interview.

Tell my audience about the Artist Development Program.

Donnie: We do a couple of things. We work with beginners to professional singers and we just try to take them to the next level. They can sit down with a vocal coach who can make their voice sound better but we try to do something more like find the artist in everybody. Lady Gaga wasn’t Lady Gaga when she was learning how to sing but somewhere along the way she turned into Lady Gaga. Now she is a brand. We try to find that in everybody.

Donnie: Yeah, we were fifteen, sixteen years old. We sang in a boys band. This was around the days of N Sync and the Back Street Boys. Me and Matt and a couple of our other friends were in a group Boy Band and we went to the mall one day and there was a concert going on and we started singing and we stole the show. The manager came out and said “You guys can’t be doing this.” He brought us backstage and he said, “I’m Beyonce Knowles dad and I want you guys to come meet me at Sony tomorrow morning.” We were all under age so our parents came and there were lawyers involved.

Why do you think video is so important when you are training these individuals to become stars?

Tell my audience a little about the Innovative Training.

Getting back to Matthew and Donny, as is true in most bands, after a few years the boys split ways. Donnie, Matt and one of the other members went on to try out for P Diddy’s casting call of MTVs Making The Band 4. Donnie went on to win the show with a solo record deal landing him a spot on MTV for several seasons, a hit single featuring P Diddy and shows across the country working with artists such as Jason Derulo.

As Donnie’s performing career has slowed down (for now), he partnered back up with Matt to establish a state of the art 2400 sq ft studio out of a 10′ x 10′ loft in a commercial business in what is now aptly known as The Loft Sound Studio located on Long Island which has garnered local praise in Newsday and on News 12 and Fox TV. The sky is the limit for this impressive team of musical lifers.