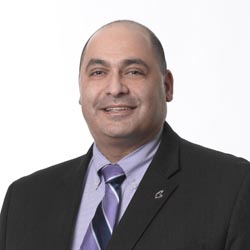 Lawrence is a graduate of SUNY Farmingdale with a degree in Computer Programming & Information Systems and is currently pursuing an additional degree in communications. A Deer Park resident, he is active in a broad range of volunteer organizations that underscore his personal commitment to worthy causes and the support his employer, Bethpage Federal Credit Union, offers to organizations across the region.

Museum trustee Michael Sapraicone stated, “Lawrence and Bethpage Federal Credit Union (BFCU) represent the powerful corporate commitment our region has to honoring the courage and valor of our veterans. We are delighted to welcome him to the board so that we may be assured of continuing to expand our role as a destination for families to learn more about their own citizen soldiers and to serve as an educational center for our thousands of annual visitors.”

Mr. Trivigno said, “I am deeply honored to be associated with a museum that has breathed life into our American military heritage and the family history of so many New Yorkers. I believe we have a responsibility to keep their individual stories alive and this institution has effectively harnessed armor vehicles for the purpose of achieving that goal. Having participated in one of its programs I know firsthand just how effective it is in fulfilling its mission, and I look forward to building on that success.”

The Museum of American Armor at Old Bethpage Village Restoration, 1303 Round Swamp Road, Old Bethpage, is a living tribute to every American who has worn the uniform and those who continue to defend our nation today. Its collection includes World War II tanks, artillery, armored cars and weapons that broke the back of the Axis powers over seventy years ago.

It is open Wednesday through Sunday, between 10:00 a.m. and 4:00 p.m. Admission is $12 for adults; $8 for children 5 – 12 (under 5 admitted free); and $8 for seniors, volunteer firefighters and veterans. Admission provides visitors with access to both the armor museum and the adjacent Old Bethpage Village Restoration. More information can be found at www.museumofamericanarmor.org and on Facebook.