Briarwood is a small neighborhood located in the borough of Queens, part of the Metropolitan area of New York City. It is part of Queens Community Board 8. Some people call the area the “hidden gem” of Queens because it has retained a low profile, despite its many positive features. Briarwood is surrounded by Union Turnpike, VanWyck Expressway, Hillside Avenue and Parsons Boulevard.

Briarwood has excellent connections on the public transport network. It is served by the IND Queens Boulevard Line of the New York City Subway at the Van Wyck Boulevard station. The Post Office considers Briarwood’s zip code 11435 part of Jamaica, but the neighborhood is different from downtown Jamaica, which is south of Hillside Avenue. 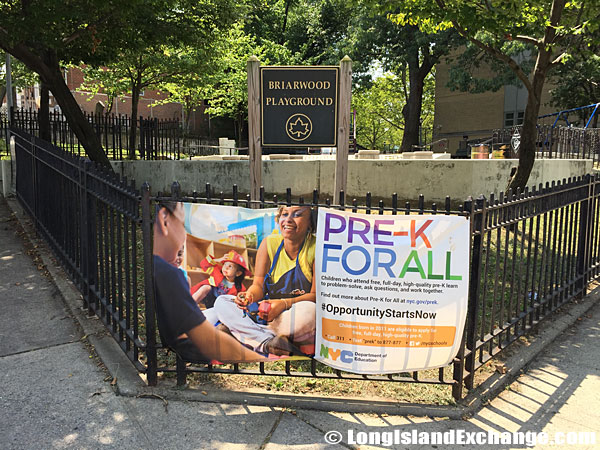 In 1905, the Briarwood Land Company which was headed by Herbert O’Brien named the neighborhood and built housing there. Unluckily, the company quickly went bankrupt and the area was largely empty until the 1920s. The New York Life Insurance Company and the United Nations constructed housing in the 1940s. Today, Briarwood is mainly a residential neighborhood. Once primarily a way station for Jewish families on their way to the suburbs, Briarwood is now a very diverse community with many Jewish, Greek, Hispanic, African American, Albanian, and South American residents. It now has a distinguishable and fast-growing Asian-American community as well. 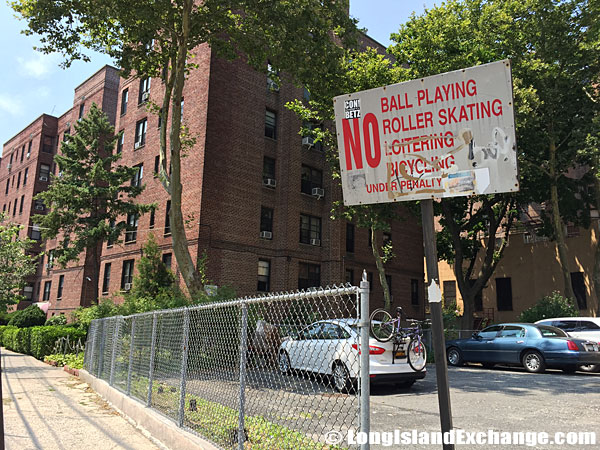 A sign outside rental condos lets residents know there is no ball playing, roller skating, loitering or bicycling in the area.

Notable current and former residents of Briarwood include Steve Hofstetter (comedian), Hanna Rosin (journalist), Steven Weber (actor), and John Kervin (talk show host). Briarwood is part of New York City School District 28. Everything from Kindergarten to High School is available right here. The Joyce Keld Briarwood School teaches kindergarten through 6th grade, and is at 85-15 143 Street. Also located in Briarwood is Robert Van Wyck School, a middle school of 1,300 students in grades 6-8 which was established in 1955. 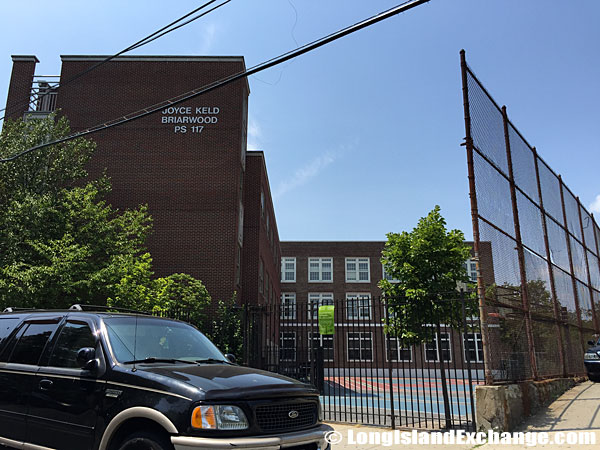 The Queens Gateway to Health Sciences Secondary School and the Archbishop Molloy High School, have particularly reassuring academic records. Paintings by alumni of the Archbishop Molloy High School which entitled “Beautifying Briarwood” includes David Caruso, adorn the walls of one of the local subway stations. Briarwood boasts a small library that poles over the Van Wyck at Queens Boulevard and Main Street. Although the neighborhood lacks major landmarks, many tourists want to spend their vacation there. Other economic activity in Briarwood is mostly confined to small restaurants, delis, markets, and small businesses.