Rochdale or Rochdale Village is a 20-building housing community each with 3 sections, 13 to 14 floors, and 5,860-apartments located in the borough of Queens, part of the Metropolitan area of New York City. It is part of Queens Community Board 12. The neighborhood is within South Jamaica and surrounded to the north by Baisley Boulevard and Bedell Street, to the east by Bedell Street, to the south by 137th Avenue, and to the west by Guy R. Brewer Boulevard.

Rochdale is a residential cooperative constructed by architect Herman Jessor, consisting of five circles of four buildings in the South Jamaica neighborhood. The latitude of Rochdale is 40.676N. The longitude is -73.774W. It is in the Eastern Standard time zone. Elevation is 20 feet. 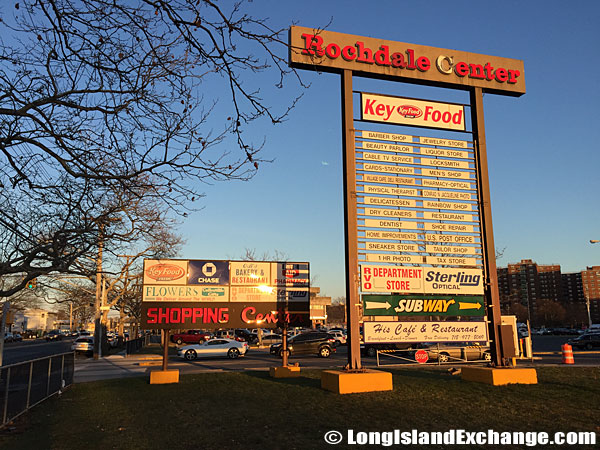 The main shopping center for the Rochdale and Rochdale Village communities. 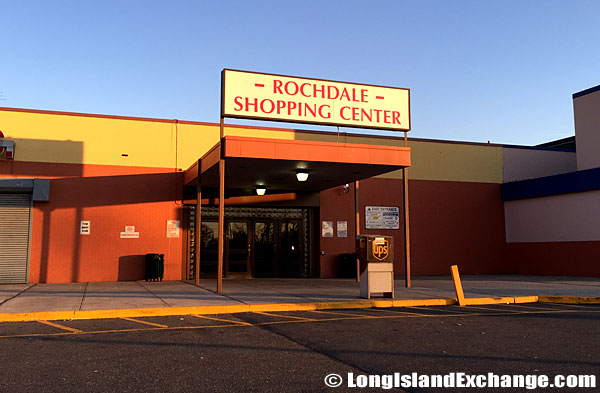 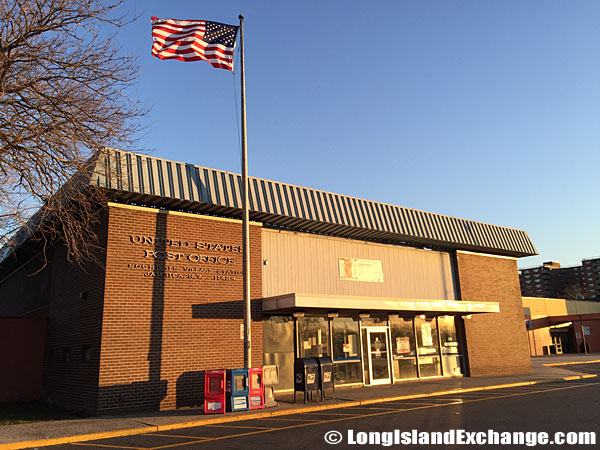 In 1963, Rochdale had officially opened with a population of 25,000. The neighborhood had originally taken its name right after the English Town of Rochdale, Greater Manchester, England, where the Rochdale Pioneers developed the Rochdale Principles of cooperation. The area is the former site of Jamaica Racetrack, which was operated by the Metropolitan Jockey Club and its successor, the Greater New York Association. Jamaica Racetrack was closed and demolished in 1959 when the Aqueduct Racetrack’s improvements were finished. 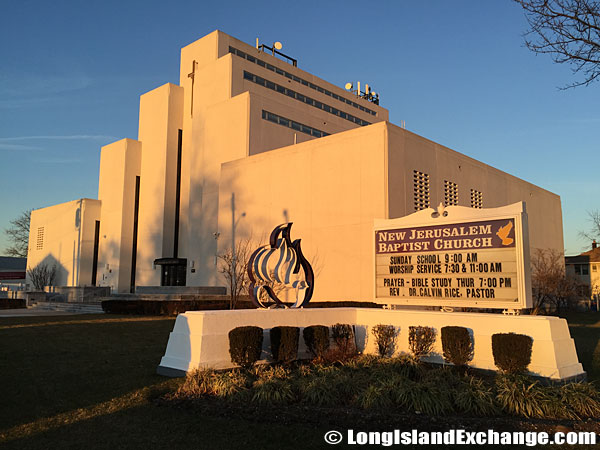 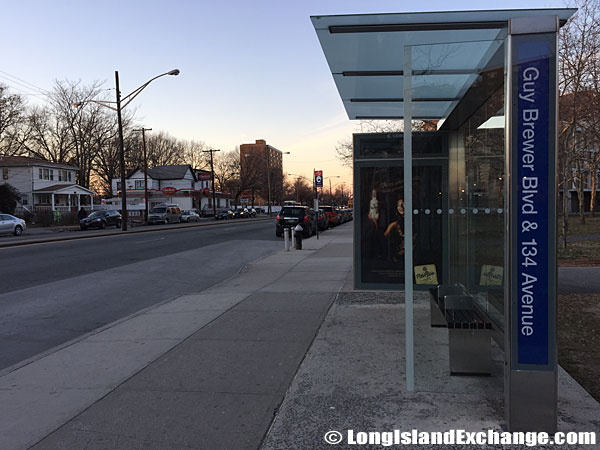 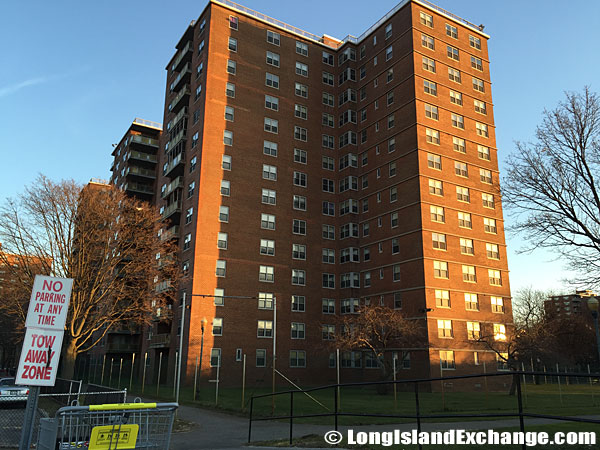 One of 20-buildings, each with 3 sections, 13 to 14 floors, and 5,860-apartment located in the Rochdale Village community.

In the 1960s, Rochdale was considered the largest experiment ever made in integrated housing in New York City. It was considered one of the most tangible products of a period in history. The population was at first heavily Jewish. After World War I, African Americans started to move to South Jamaica in large numbers. During that time, they were the largest tracts who owned private housing in the city adjacent to some desperate pockets of poverty. It was in the mid-1970s that most others moved away from the community. 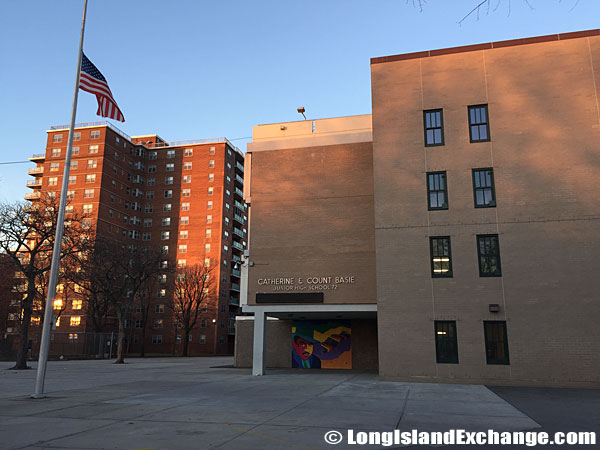 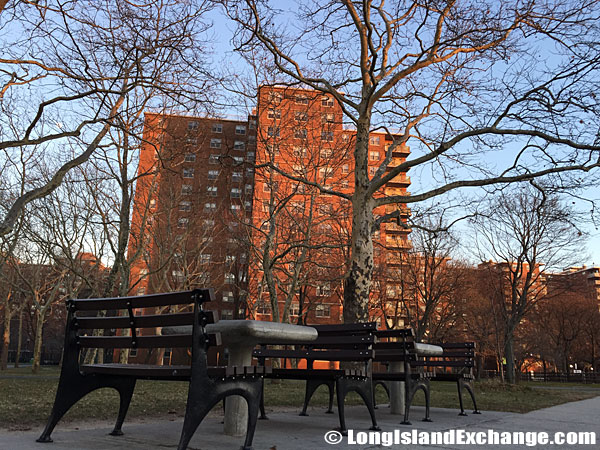 Tables outside the housing complex along Guy R Brewer Boulevard. 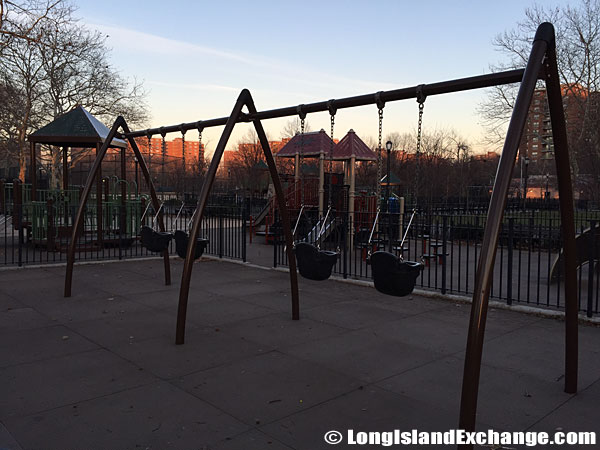 Today, the racial-makeup of Rochdale comprises mostly of African Americans. Rochdale is known as the United State’s second largest housing co-operative. It is an attractive community covering 122 blocks gives residents a park-like setting and facilities of suburbia, within the limits of the Urban Jamaica Area. Children in Rochdale and the surrounding neighborhoods tend to attend racially balanced schools, and their parents shop in Rochdale’s malls and its cooperative supermarkets, the first in South Jamaica. 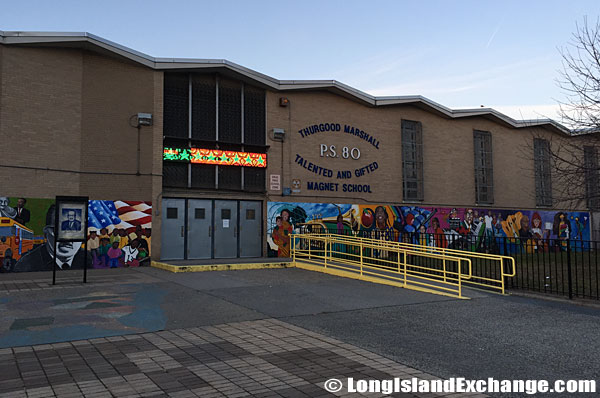 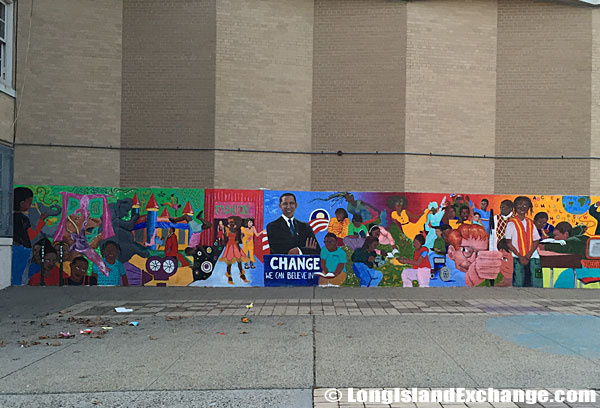 A mural at P.S. 80 Thurgood Marshall Magnet Public School in Jamaica shows President Barack Obama along with his campaigns iconic slogan, Change We Can Believe In. 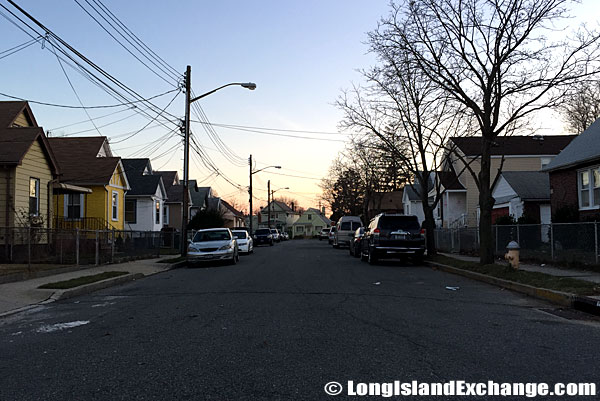 A side street off Guy R Brewer Boulevard south of the Rochdale Village housing complex.

The Rochdale Village library also serves the Springfield Gardens area. The library is a branch or division of Queens Borough Public Library and the  55th branch of the Queens system. There are two shopping malls, two supermarkets, two drugstores and an assortment of others amenities in Rochdale. It also has its own power plant, police precinct, 3 schools and is enclosed by other stores on Guy R.Brewer Boulevard.