Reaching 300 feet above sea level just off the shores of Long Island stands The Statue of Liberty, a New York City Landmark and gift of friendship from the people of France to the United States in the late 1800s. The Statue of Liberty is recognized as a universal symbol of freedom and democracy, not just in America but around the world. The Statue was dedicated on October 28, 1886.

In France, The Statue of Liberty is pronounced as “Liberty Enlightening the World” It represents the Roman goddess of freedom, a robed female bearing a torch and tablet upon which is inscribed the date of the Declaration of Independence, July 4, 1776. A broken chain lies at her feet. 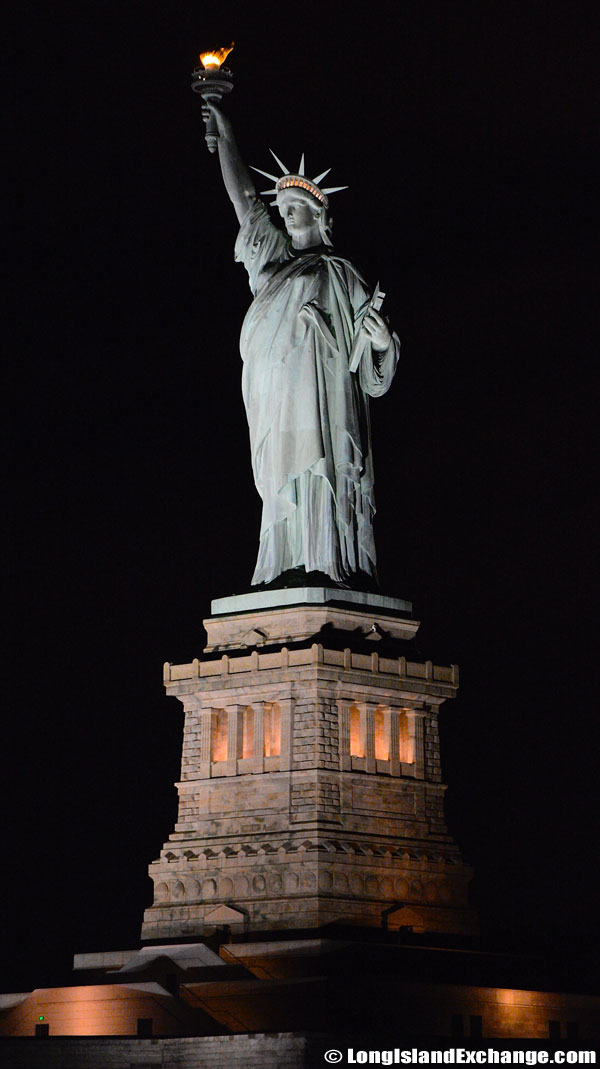