(Long Island, N.Y.) The 2012 New York International Auto Show as usual brought in a tremendous amount of spectators and serious buyers during their week-long stay from April 6th through the 15th at the Javits Center in New York City. This year’s show was second in importance only to the 2012 Detroit Auto Show.

The newly redesigned 2013 Nissan Altima features many great characteristics including all new sheet metal that enables this sleek car’s current appearance in the fast-evolving family car segment. The four cylinder engine with a projected gas mileage of 38 miles per gallon on the highway is also a strong selling point for today’s car buyers.

I also had a chance to chat with Nissan Representative Courtney Thomas who talked about the New York City Cab of the Future. “This is the first car that will be designed as a taxi for the comfort and the safety of the driver and the passengers in mind. This will be the first taxi to be crash test rated with the partition in place, a very important feature. We want to make sure all the passengers are nice and safe. The comfort of the driver and passengers are the utmost importance to us. There is a standard six long adjustable driver seat including lumbar support, nice breathable insert material, a built in navigation system also very helpful and there is also a carbon filter in the headline which absorbs odors,” revealed Courtney. The new cab will be on the streets of Manhattan in October 2013.

The Chevrolet has always been a favorite for the middle class demographic. This year the 2014 Chevrolet Impala was a winner in capturing their audience with continuing reliance on a front-wheel-drive platform. The 2014 model is sleek, sophisticated and stylish and promises to be fuel efficient for today’s conscience consumer. The front end features a Camaro inspired design and the rear is more curvaceous than the similar Cadillac XTS. The backseat isn’t as spacious as the car’s exterior bulk suggests but this car will go a long way toward getting the best mileage. The backseat may not be as large but the car’s new design will definitely go further in changing its appearance as a rental-fleet image.

For those who love the appeal of an exotic car, the 2013 SRT Viper is the best bet. Chrysler was much in need of improving this supercar’s image. The state of the art interior balances the old Viper’s ground-hugging austerity with some luxurious finishing touches. Its new feature includes an 8.4-liter V-10 and the company has removed the automatic transmission.

Mazda Takeri Concept is now going with this new design direction. The Mazda has always produced bold and breathtaking concept cars. This year’s car definitely has a wow presence!

The new BMW X1 features easy entry and exit because of its low-slung stance and more passenger room than previous models.

This year’s Infiniti LE Concept appeals to shoppers with the right mindset and budget for style and the luxury of the ultimate driving experience of an all-electric small sedan.

Another fabulous car is this year’s Acura RLX Concept. Owning an Acura I have always been partial to this car’s amazing qualities. The brand is now marketing a lower-mileage front drive version.

The new 2013 Mercedes-Benz GL-Class appears more chiseled and has a more stylish interior to replace the previous dull insides and the power folding seats are as well executed.

In 1900, The New York International Automobile Show established North America’s first automotive exhibition. For over a century The New York International Auto Show has flourished its pioneering tradition of showcasing new and innovative ideas to a national and world stage. In the last decade, the Show has boosted the number of new vehicle announcements, broken attendance figures, and increased media attention to extraordinary levels. 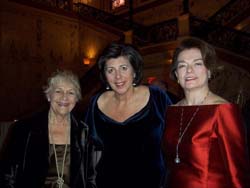 The Glimmerglass Festival Young Artists Program is an acclaimed program that provides training and performance experience for talented recording artists at the beginning of their musical careers. The Festival features summer internships in production, administration and artistic administration.

The structure of Glimmerglass is of the utmost importance in providing the opportunity for young professionals and students to experience the fast-paced world of repertory opera and musical theater.