NEW YORK, NY – On Thursday, May 7th, NYCIFF closed it’s 2015 Film Festival with a screening of “Winter” a film by Heidi Greensmith, staring Tommy Flanagan. Greensmith, just completed her first feature”Winter” and is in development for her second feature, a comedy noir “Bloody Mary”. She is married to musician and composer Dominic Greensmith and they have four children.

Mr. Flanagan is the star of the the popular TV series ” Sons of Anarchy” and the movie “Braveheart”. He attended the screening, and accepted the NYCIFF award for best actor.

“Winter” depicts a forty something, foul-mouthed and aggressive, with an unquenchable thirst for booze and fags the character Woods Weston who appears to be a hopeless case. Gradually as the narrative unfolds the story reveals a once successful and charismatic man capable of great sensitivity, an accomplished artist, a loving husband and a committed father. 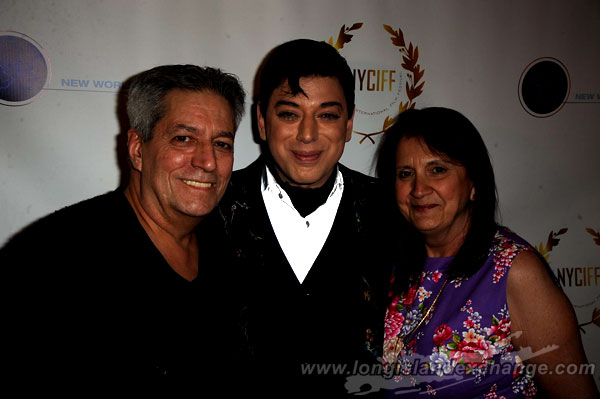 Roberto Rizzo, Malan Breton and Bonnie Bien at the NYCIFF 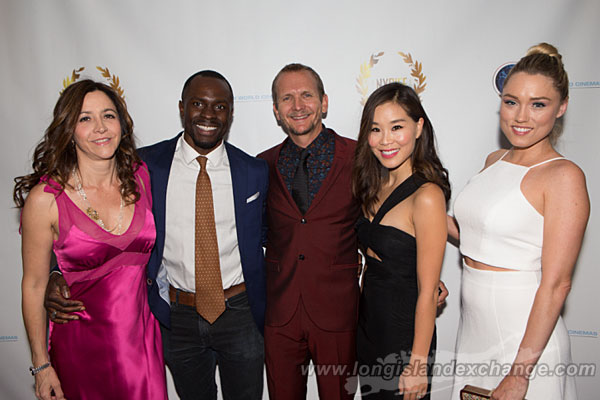 Actor Tommy Flanagan who portrays “Woods” is consumed by grief and must come to terms with an emotional breakdown in order to save his relationship with his two young sons, 19 year-old Tom (Tom Payne) and 14 year-old Max (Bill Milner), “Winter” is a poignant exploration of love, loss and family bonds. Nineteen year old Tom (Tom Payne) and his younger brother Max 14 years old (Bill Milner) were happy, had everything going for them. A wonderful art gallery, mother and a successful, artist father “Woods” (Tommy Flanagan). This happy family is turned upside down when their mother, Marie is killed in a random act of violence. “Woods” beloved wife has been suddenly taken away and his heart has broken. He spirals into a mental and emotional break down. His daily life becomes a series of drinking binges and psychotic episodes in a bid to forget. He now frequents only the darkest of places. His bright and popular son Tom who, has gained a place at Columbia University due to his exceptional grades and hard work, is now his sole caretaker. 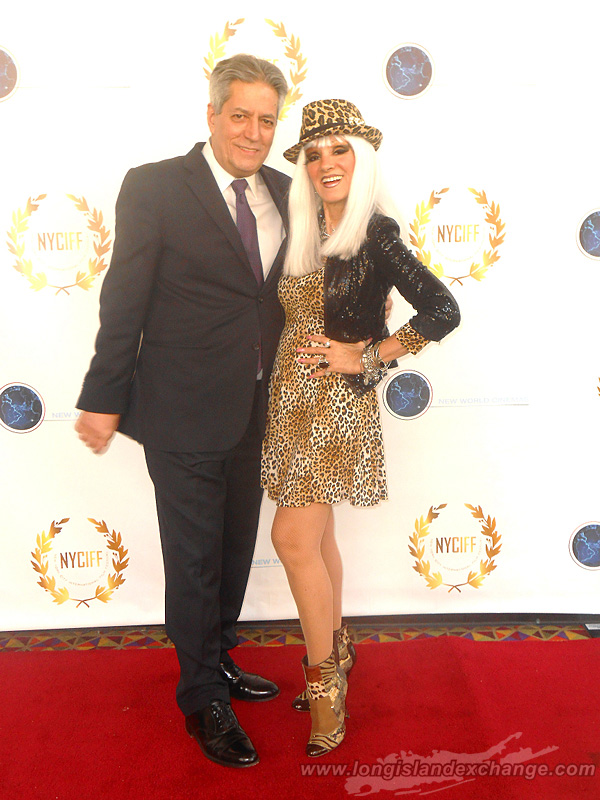 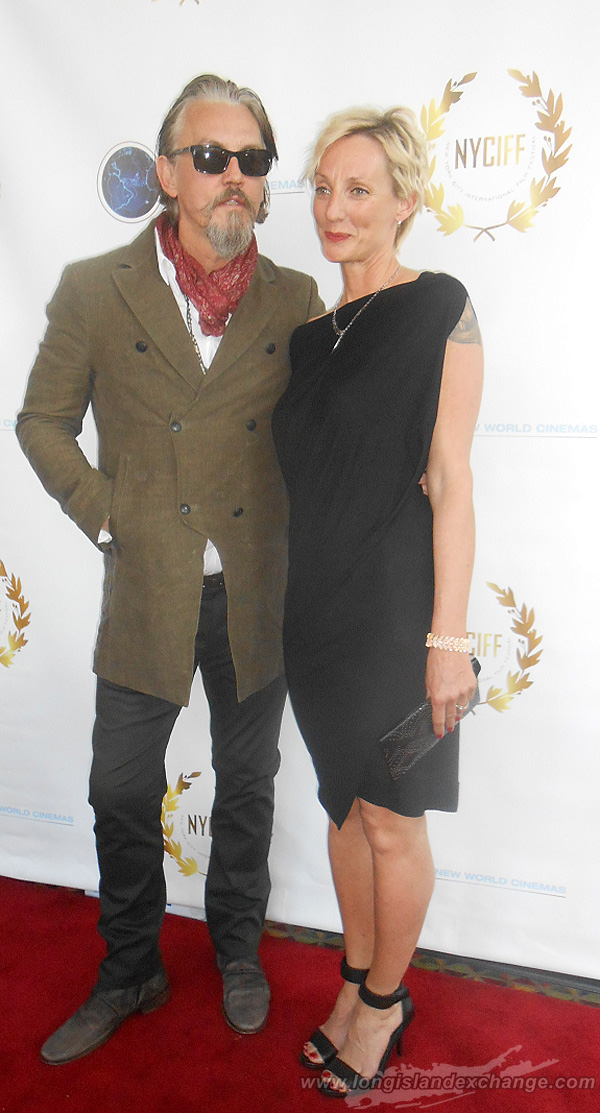 Before the screening I had the opportunity to talk to the Director Heidi Greensmith:

Hello darlings, welcome back. I am here with Ms. Greensmith, the director of this important film. Tell my audience the name of the film.

Heidi: The film is called “Winter.”

You worked on this with your husband. Your husband of course is a very well known actor, Mr. Flanagan?

Heidi: Oh no actually he is not my husband. He is my lead actor. My husband is the composer of the film.

Oh I see, he is the composer of the film. Was this an effort you wanted to work together on? Tell my audience how this all came about.

Heidi: Well I had an amazing casting director and he suggested Tommy for the role of “Woods” and I met him. He came from LA to the UK and within five minutes he was “Woods”

He was the right person.

Heidi: He was the one.

He was the one you wanted to play the part.

Heidi: Actually no one could have done it better. He was amazing!

Tell my audience about this film. What is the synopsis of this film?

Heidi: It’s a love story, actually, but it’s quite a tragic love story.

If we want to find out more information about the film is there a website? Where can we learn more about it?

On the red carpet I also had the chance to interview Actor Tommy Flanagan who revealed his character, “Woodsy, he is this heart breaking beautiful broken man who was madly in love…and he is just a broken man. The film was beautifully directed and written by Heidi and I had the priviledge to walk in those shoes and be that character.” 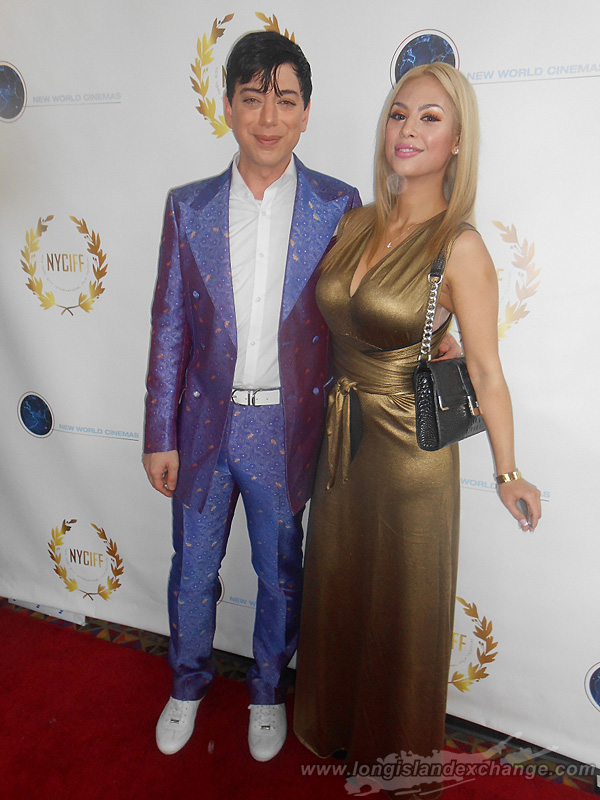 After the red carpet, filmmakers, actors and members of the press enjoyed the screening of “Winter” and the closing night award ceremony.

Congratulations to all Winners of the 2015 NYCIFF Awards: