(Long Island, NY) Native Long Islander Kevin O’Callaghan – internationally acclaimed 3-D designer, sculptor and educator – will open the fall season at Farmingdale State College’s Memorial Gallery with MONUMENTAL: The Reimagined World of Kevin O’Callaghan, an exhibition of his iconic work beginning Tuesday, September 15 and running through Sunday, November 8.  O’Callaghan, who grew up in Baldwin, is known for his large-scale sculptures inspired by every nook and cranny of pop culture.  He will discuss his work at the college on Tuesday, October 13. 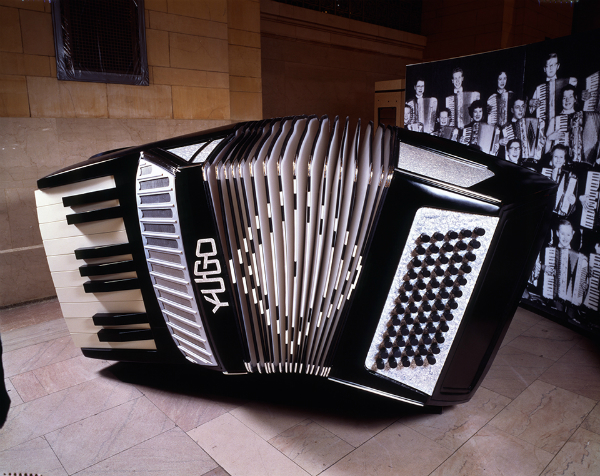 O’Callaghan is founder and chairman of the 3-D design program at Manhattan’s School of Visual Arts.  This year Graphis, an international publisher of communication design books, is honoring him as Master of Education.He owns a Distinguished Teacher Award, and several times has won the Art Directors Club Platinum Teacher Award.  The Art Directors Club enshrined him in its Hall of Fame in 2012. 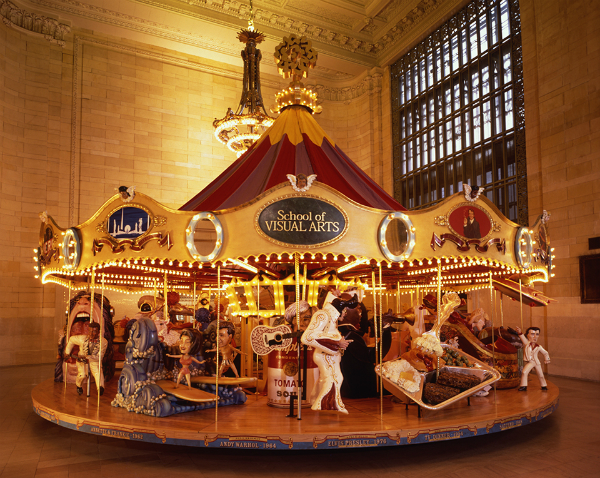 O’Callaghan became an international sensation for Yugo Next, an O’Callaghan-student collaboration that featured 29 much-maligned Yugo automobilesreconfigured into gigantic functional objects such as toasters, showers, and pianos.  More than two million people toured the exhibition, which was covered by more than 400 U.S. and international publications.  The National Endowment for the Arts named it “One of the greatest examples of public art.”  He is highly regarded as a conceptualist, having created pieces for clients such as MTV, Toyota, Warner Brothers records, Nickelodeon, and the History Channel.  He is active in TV and film, and has worked on more than 150 music videos. 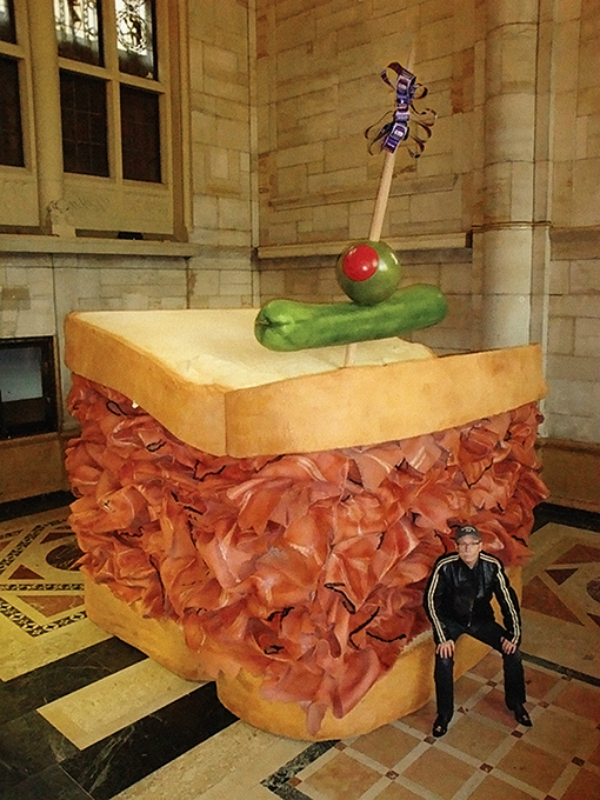 His Art is…Healingposter –a tribute to the heroes of 9/11 – can be found in the Library of Congress.  His book, MONUMENTAL (Abrams Books, 2010),contains hundreds of images of his work.

Farmingdale State College’s Department of Visual Communications offers a bachelor’s degree in Art and Graphic Design, which develops skills that transcend traditional delivery platforms and focuses on emerging technologies essential to web, mobile, and social media. This prepares them for employment in a field that is both expressive and innovative. Graduates will have the ability to generate solutions and effectively communicate ideas to collaborators, clients, and audiences.The department invites top artists throughout the visual communications community to lecture and exhibit in the Memorial Gallery, which is free and open to the public.

Farmingdale State College continues to prepare students with the education, skills, and critical thinking needed to meet the challenges of tomorrow. As the largest of SUNY’s colleges of technology (with over 8,400 students), Farmingdale equips students with the resources and knowledge sought by today’s emerging industries. Offering bachelor and associate programs, Farmingdale will soon offer its first graduate degree.  At Farmingdale, students also have abundant opportunities in experiential learning—internships, clinical training, and guided research—that provide practical instruction and personal growth. Small, personalized classes, a residence hall with suite-style living, a lush 380-acre campus undergoing major renovation, and a highly successful NCAA Division III athletics program with modern facilities make Farmingdale State College one of the fastest-growing colleges in the region.In addition, in 2014 U.S. News & World Report ranks Farmingdale #27 among regional colleges in the north (up from #31) and in 2013 Farmingdale was the only SUNY school (and the only LI school) listed in the LEAST debt category in the section titled Student Debt Load at Graduation for regional colleges in the north.  UniversityPrimeTime.com lists FSC the fifth safest college in the nation. For more information, contact Kathryn Coley at 631-420-2400 or kathryn.coley@farmingdale.edu.  Look on our website www.farmingdale.edu. Like us on Facebook www.facebook.com/farmingdale.