(Long Island, NY) Pulitzer Prize-Winning Author and Activist Chris Hedges and director Alexandra Pelosi will be special guests this Thursday at 6:00 P.M. on Tom Needham’s The Sounds of Film on WUSB.  The Sounds of Film is the nation’s longest-running film themed radio show.  For the past 27 years, the show has delivered a unique blend of interviews and music to listeners all over Long Island, parts of Connecticut and streaming live on the Internet.  Recent guests include director Mike Leigh, the Nation’s Katrina Vanden Heuvel, Billy Joel, Public Enemy’s Chuck D., Rev. Jesse Jackson, William H. Macy, comic Jim Breuer, director Ric Burns, Cicely Tyson and Governor Jesse Ventura. “It is a great honor to speak to some of America’s leading artists and thinkers,” said Tom Needham. 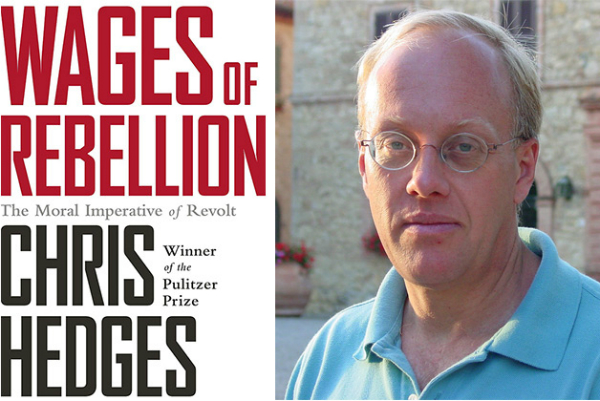 Author and Activist Chris Hedges will be a special guest on Tom Needham’s The Sounds of Film on WUSB. Photo Credit: WUSB.

Chris Hedges will be discussing his latest book, Wages of Rebellion: The Moral Imperative of Revolt, and his new television show, Days of Revolt.  He is a bestselling author of many books including Empire of Illusion, War Is a Force that Gives Us Meaning, and Days of Destruction Days of Revolt. He is currently a columnist for the progressive website Truthdig. Chris Hedges, who is often silenced by the mainstream media states,” It is very dangerous for a country when it doesn’t have healthy, rigorous debate and doesn’t allow its social and political critics a space where they can question things.” 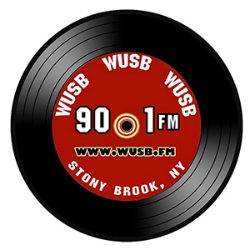 Alexandra Pelosi is a writer and Emmy-nominated documentary filmmaker. She is the daughter of Minority Leader of the United States House of Representatives Nancy Pelosi. In recent years, she has been working exclusively for HBO.  Some of her provocative films include Diary of a Political Tourist, The Trials of Ted Haggard and Homeless: The Motel Kids of Orange County. She is also a regular correspondent on Real Time With Bill Maher. Alexandra will be speaking with Tom about her latest film, San Francisco 2.0, a film about how the tech industry is changing San Francisco. She states,” Musicians, documentary filmmakers, cops, and teachers are all being pushed out. They can no longer afford to live in the city. It is a real problem that we have.”

Also, appearing on the Sounds of Film this week is Rock and Roll Hall of Fame inductee Eric Nolan of the O’Jays.  He will be discussing the amazing longevity of the O’Jays, as well as his new solo single, “Cologne.” The O’Jays will be performing at the Beacon Theater onJanuary 16th.

In addition, festival Director Anne Chaisson and Artistic Director David Nugent will be joining Tom to discuss the upcoming Hamptons International Festival running betweenOctober 8-12th.  This year’s festival will feature films from all over the world and special guest appearances by Michael Moore, Dan Rather and Emily Blunt.