(Long Island, NY) On October 28th in Astoria, Queens Borough President Melinda Katz installed the fiscal year 2015-2016 Queens Council on the Arts Board of Trustees and its new Junior Board of Trustees, now in its second year.

Hosted at QCA’s headquarters in Astoria, Borough President Katz spoke at length on QCA’s programs, the important role of Queens art and culture as major economic engines, and her longstanding support of the organization’s work. Her father, David, was a well-known conductor who founded the Queens Symphony Orchestra in 1953, and her mother, Jeanne Dale, was a singer who created Queens Council on the Arts in 1966. 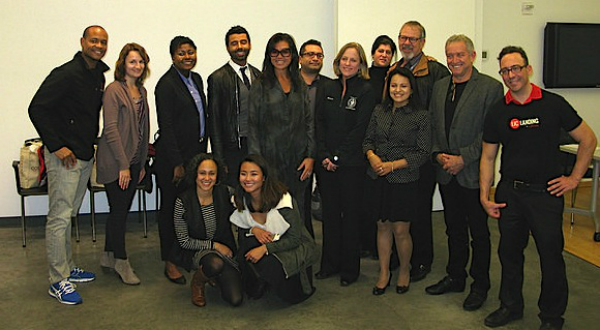 This year, QCA also inducted a new Junior Board of Trustees comprised of a variety of young professionals from diverse occupational fields and backgrounds who will be mentored by the Senior Board to become ambassadors for the organization, develop diverse leadership pipelines, and who bring new skills and perspectives to the boardroom table.

“We are truly grateful for Borough President Katz’s continuous support of the arts and cultures of Queens. Her mother’s legacy is carrier forward through her ongoing commitment to QCA.” – Hoong Yee Krakauer, Executive Director of QCA

Each QCA board member annually pledges to oversee fiscal operations, raise awareness and generate philanthropic support for the organization, which in turn helps support local artists throughout Queens County.