(Long Island, NY) IndiMusic.tv, the premiere independent 24/7 Music Video channel and Social Network, threw their outrageously successful Global Launch Event on Friday June 5th Slake, 251 W 30th St in NYC. Hosted by the FUSE Networks Juliya Chernetsky  and USA’s Tim “No. 37” Martinez and sponsored by Zoom and Paint Cosmetics, the night kicked off with a star-studded red carpet along with performances by Justina Valentine, Face the King, Ghosts of Eden, Leah Laurenti, and special guest Dj JennCityspinning throughout the evening which was co-produced by Stephen Marcuccio. 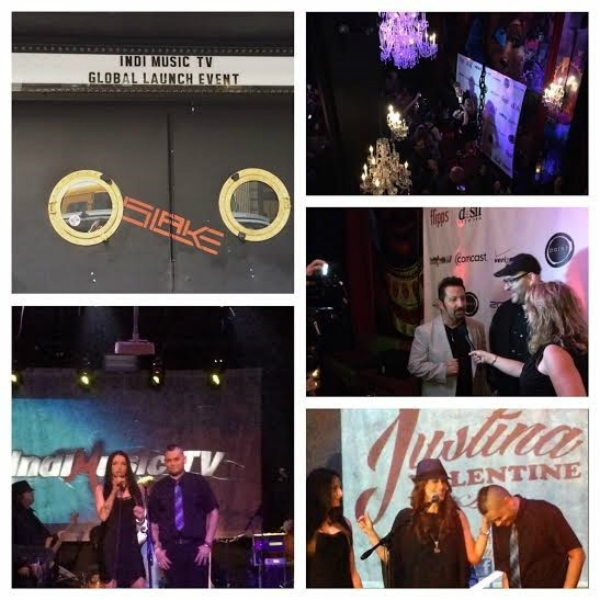 With guests like international recording star and CBS “Rockstar:Supernova” contestant Ryan Star, Comedian/Actor Rob Magnotti of “Paul Blart: Mall Cop 2”, professional Wrestler/Actor/Author Brimstone,Billboard’s Alex Vitoulis, and Revolver Magazine’s Chris Enriquez– this special night was held to celebrate deals that put IndiMusic TV into 30 million homes through VOD on Dish Network, Verizon FIOS and Comcast; specific signed agreements are in place with Simply me TV which is syndicating content to be nationally broadcast in the USA over DISH Network VOD (14.5 MM HH, Verizon FiOS (6.1 MM HH) VOD and Comcast VOD (5.8 MM HH) + others with Tiki Live and FlippsTV, and there are pending deals about to close with industry giants Amazon TV, and Sling Box as well.

IndiMusic Founder and CEO Chris Patti said of the event “The response was overwhelming….we felt an incredible sense of affection, loyalty and commitment from the musicians, fans and  industry execs that joined us. We couldn’t be more excited or proud of how far we have come….and how the Channel has been embraced by the Music Community globally”. 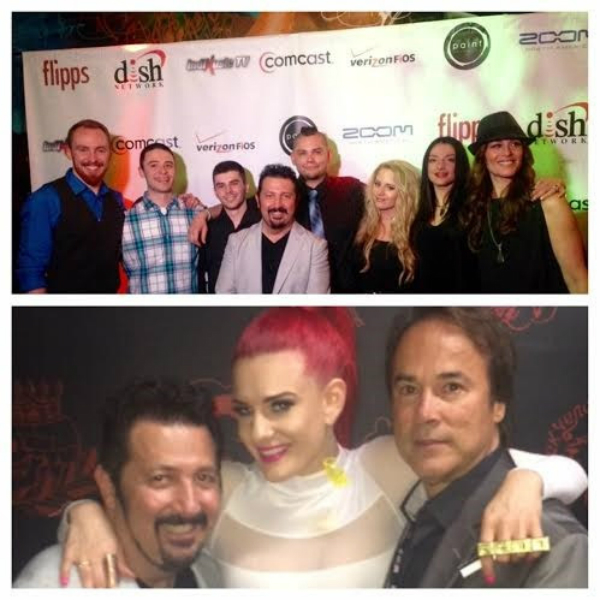 IndiMusic TV, which launched two years ago as the first 24-7 independent only worldwide music video TV channel and Musician Social Network, has cemented themselves as the go-to spot for the very best in independent music videos – garnering 750,000+ subscribers in over 260 countries worldwide, over 5 million visitors a month (over 200,000+ visits a day), and more than 63,000 Likes on Facebook.

About IndiMusic TV
IndiMusic TV was originally founded in 2004 as a “go to” music video website and then launched as a half hr TV show in 2008 in the NY tri-state area on the independent TV Network WLNY TV10/55. It garnered instant popularity as it was the only game in town to launch, market and expose new indie Music Videos on traditional TV. After three successful seasons, IndiMusic TV broadened their horizons by launching a world-wide mobile TV network partnering with YamgoTV, a mobile TV start up in the UK. In September 2012, IndiMusic TV launched as the first 24-7 independent only Worldwide Music Video TV channel and Musician Social Network.

They are now the exclusive place to go to see syndicated episodes of A&E’s Emmy Award winning “Private Sessions” which features former VH1 VJ Lynn Hoffman sitting down with world renowned artists like Maroon 5, Gene Simmons of KISS and Bon Jovi to name a few (airing Thursdays at 9PM EST). Lynn is also the current “face of the franchise” at IndiMusic TV, as host of their widely popular weekly “Top 21 Countdown”. Plus, IndiMusic TV also boasts former FUSE VJ Juliya Chernetsky who spends time hosting shows and events on a regular basis for the company, as well. Juliya introduces many of the Video Block segments 24/7!

Recently, IndiMusic TV, in partnership with LinkStorm, unveiled another new product, the “Live” EPK (“Electronic Press Kit”), which is a special kind of “ad” for the Indi Artist being featured in a music video. The ad sits in the corner of the video while it is actually streaming, and upon mouse-over by the user, displays a drop-down menu of links that help market the artist – e.g. links to buy artist’smusic on iTunes or Amazon, view tour info or buy concert tickets, buy merchandise, or learn more about the artist. This is a first of its kind, patent pending technology that is unavailable anywhere else in the world. Unlike the Pre-Roll ads that are typically inserted into Video content, and that force the viewer to sit through a commercial before watching their video they wanted to see, the EPK allows the viewer to browse all of these offerings without interrupting the video at all. Therefore it also has great potential as a new form of in-Video advertising, either replacing the Pre-Roll or lower third as the most common Video ad formats, or in the meantime enhancing them so that at least they become less annoying, more useful (to the viewer) and interactive.