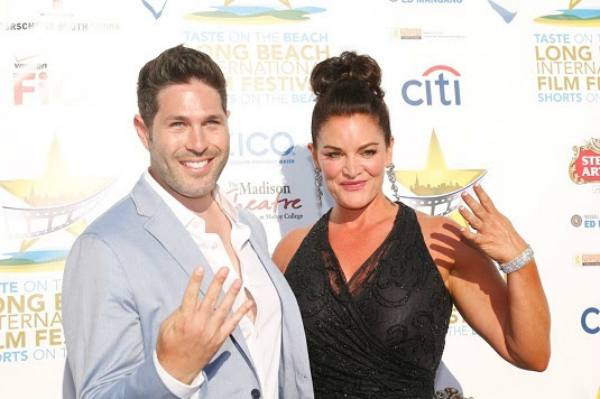 (Long Island, NY) On Friday August 7th 2015, the Long Beach International Film Festival took the concept of “Dinner and a Movie” to a whole new level, adding the spectacular “Taste on the Beach” event to their widely respected Shorts on the Beach series. Beginning at 5pm with a red carpet, over 4000 attendees (and a DRONE filming overhead!) reveled in the summer heat at what was billed as the biggest beach party of the summer; checking out the latest in independent short films and live musical performances while sampling the finest local food, wine & craft beers in an intimate theatre setting right on the beach. Festival goers ended the evening with a fantastic rooftop after party at the nearby Allegria Hotel. 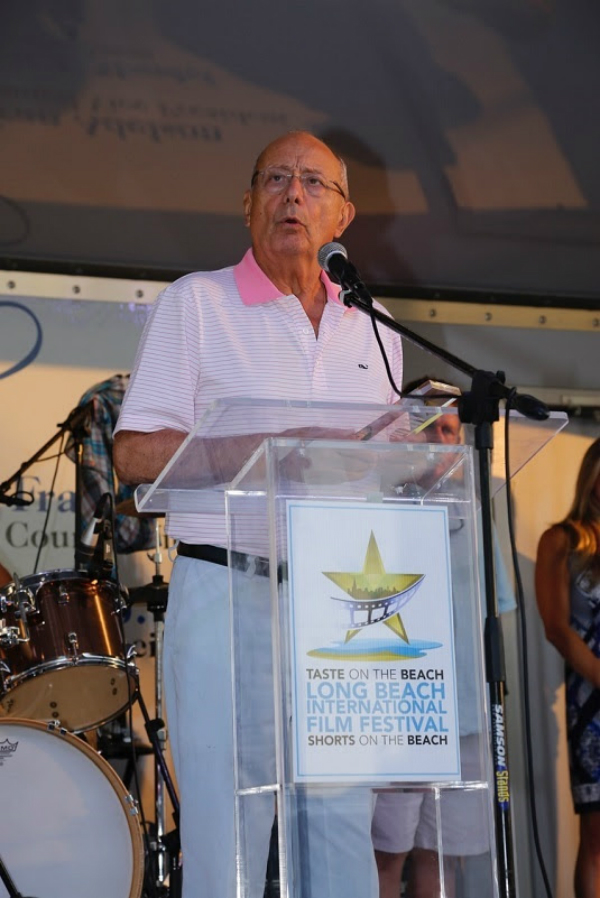 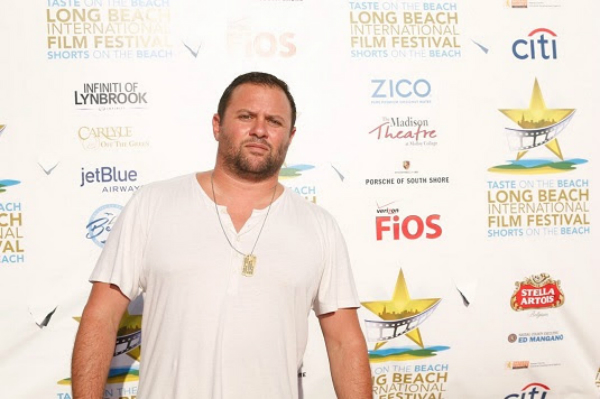 “Tonight’s event was flawless.  If it’s any sign of the future of the Long Beach Film Festival, then the LBIFF will be rivaling the major international film festivals around the world in no time”, remarked Film Producer Scott Franklin, who recently was added to the festival’s advisory board. 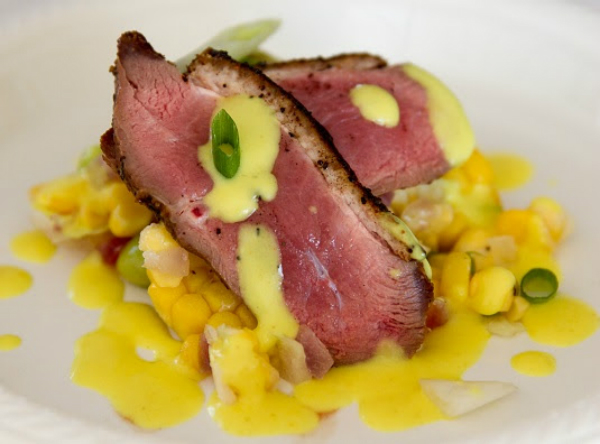 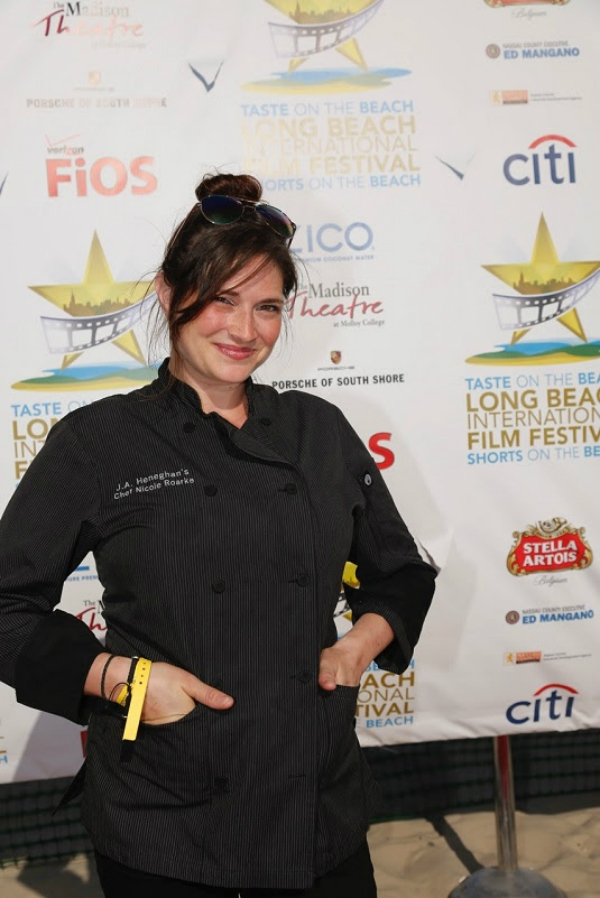 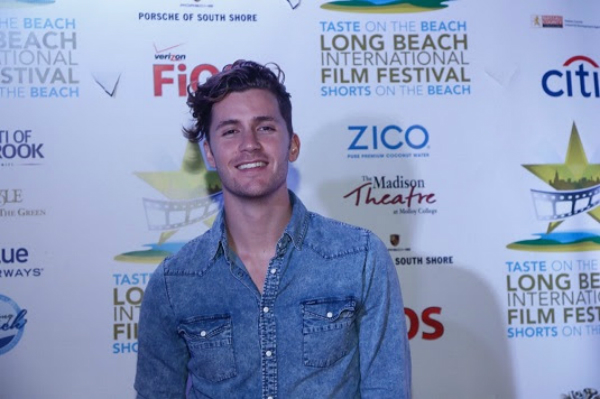 Then, when the sun went down around 8:45pm, visitors were thrilled by the 4th Annual “Shorts on the Beach”; (which was presented by South Shore Porsche who had several of their hot new rides on display along the boardwalk) the LBIFF’s annual FREE, open to the public event. Among the many interesting titles that were featured included Director Brooke Wagstaff’s animated film and Award-winning Vimeo Staff Pick “Missing U”; an animated tale about the letter “I” and her perilous adventure in search of her missing “U”. As a Long Island highlight, Director Peter Frizalone’s HBO Project Greenlight Top 200 “Mommy” made its World Premiere begging the question “Do you know who is in your house?”. 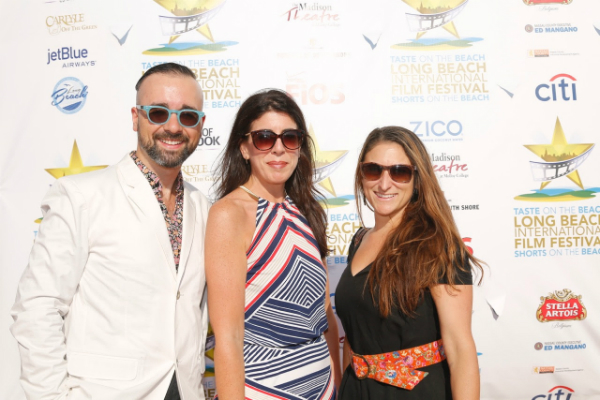 Other films shown included Director Chris Jordan-Bloch’s documentary on an ever-growing world issue “Dryden – The Small Town That Changed the Fracking Game” where the power of community takes on the power of fracking; Director/Producer Stephanie Donnelly’s narrative/comedy “The Cannoli” where a Long Island family dinner turns tragic and a choice must be made between dessert and family; Director Sarah Menzies’ San Diego Surf Film Festival Best Short winning documentary “Catch It”, which follows Léa Brassy as her nomadic lifestyle takes a pause and she finds serenity in the Arctic surf of Northern Norway; and Croatian Director Antoneta Alamat Kusijanović’s World Premiere of  “Eye for an Eye”, in which child’s play turns into a showdown of imagination and discipline. 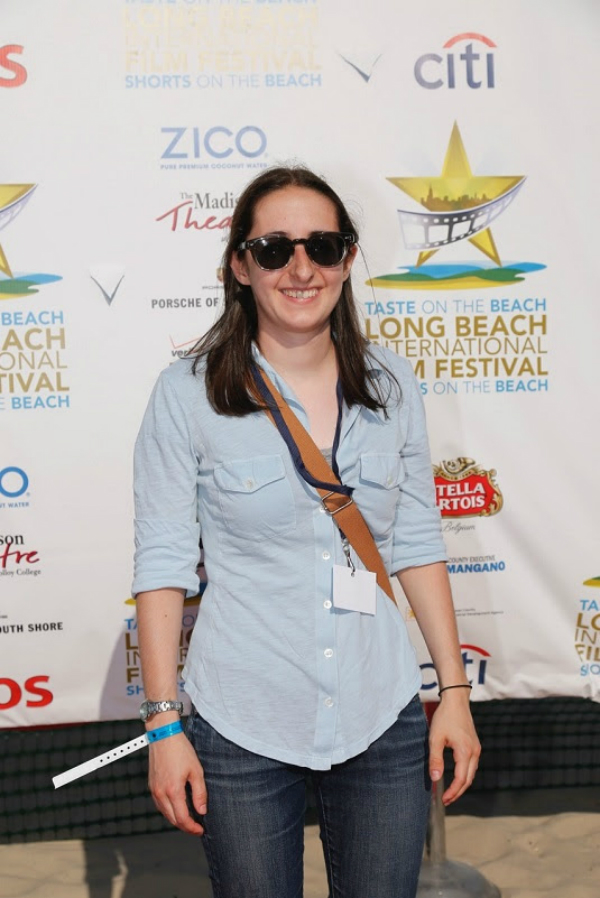 Long Beach International Film Festival Programmer Steve Shor recently said of the event, “The Shorts on the Beach program is a wonderful representation of what is in store for the Long Beach International Film Festival in September. The program opened with the Oscar winning short Feast from Walt Disney Animation. Additional animated shorts included Deep End by Oscar nominee Bill Plympton and Bear Story- a Chilean computer animated short (considered one of the best this year).  In the short documentary arena, we had Trust Design by Interior Design Magazine and Dryden by EarthJustice. Finally, the program included some wonderful Narrative submissions from New York based directors and Universities”. 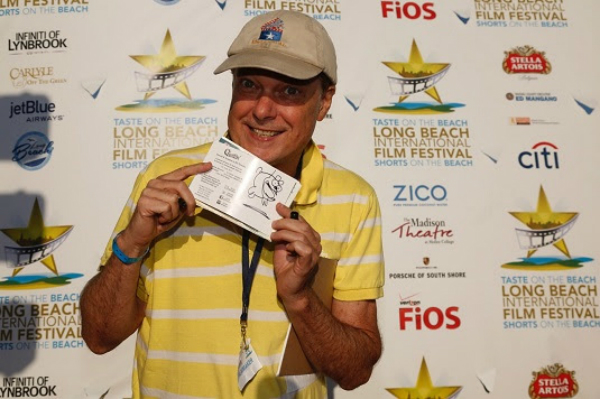 The Festival will celebrate its 4th anniversary this year from September 24 – 27 and will screen an international slate of films, including feature-length narrative, documentary, short and animated that will compete for a series of Jury, Festival Honors and Audience Awards. A new addition for 2015 LBIFF includes the Joan Jett Music Film Series. There will also be exhibiting films in the categories of Action Sports, Environmental, Art & Family. 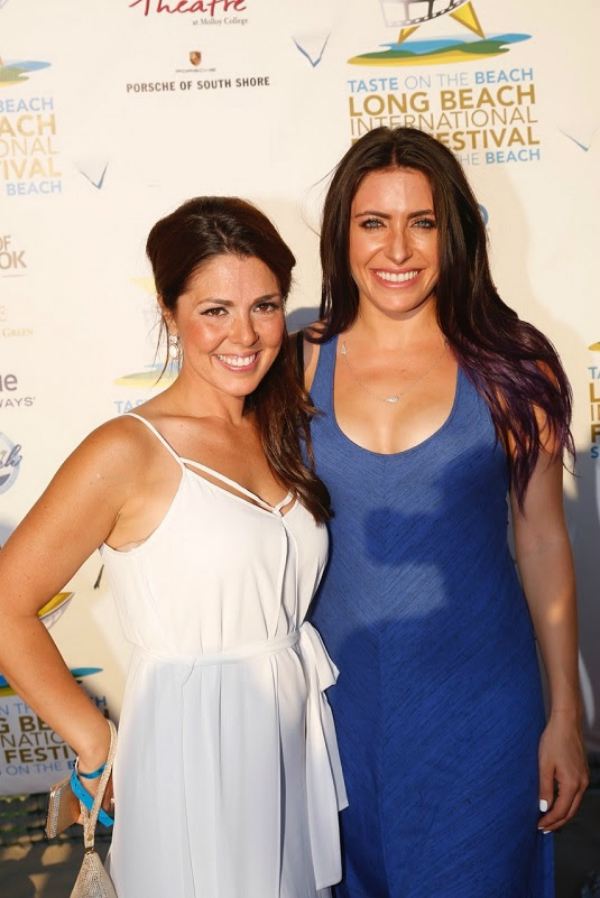 Get festival passes for screenings in Long Beach at the newly renovated Long Beach Theater and in Rockville Centre at the Madison Theater at Molloy College by visitingwww.longbeachfilm.com/passes-tickets (passes range from $175 – $300; day pass and individual screening tickets available beginning September 1). 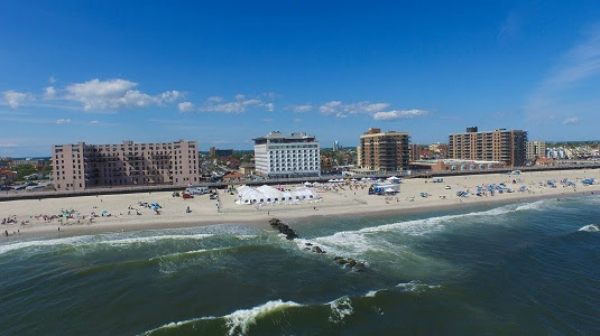 About the Long Beach International Film Festival
The Long Beach International Film Festival celebrates the art of storytelling through cinema. Presenting shorts, fiction and documentary formats, the festival is committed to exhibiting films that convey a fresh voice and differing perspectives. The goal of these programs is to captivate, engage and enlighten audiences, provide invaluable exposure for filmmakers and present inspired entertainment. www.longbeachfilm.com