(Long Island, NY) The founders of the Long Island’s Fight for Charity (LIFFC), one of Long Island’s largest and most anticipated charity networking events, will host a Boxer Matchup Reception on Monday, October 5, 2015, from 6 p.m. to 8 p.m., at Carlyle At The Palace in Plainview.  Over 25 volunteer boxers will learn who their opponents will be at the 12th Main Event to be held in November. A crowd of over 200 friends, family members, fans, sponsors and committee members are expected to gather at this exciting program and network event.

The boxers, after months of preparation, fundraising and training, are anxious to know who they will face in the ring at the 12thMain Event which will be held at the Hilton Long Island in Melville. The Main Event will feature 11 bouts with boxers who represent the Long Island business community. Boxers will go toe-to-toe on the canvas for three sanctioned rounds. 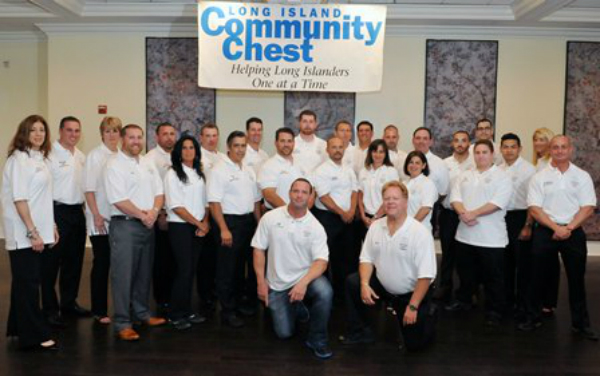 Long Island’s Fight for Charity will host a Boxer Matchup Reception on Monday, October 5, 2015, at Carlyle At The Palace in Plainview. Photo Credit: LIFFC.

“The Matchup Reception is a time to encourage our boxers as they prepare for the Main Event.  It is also a time to reflect on our mission, which is to raise money to help others living in our Long Island community,” said Jamie Austin, co-founder LIFFC and Owner of Austin Travel.

“Our Boxer Matchup will set the stage for our Main Event. It’s thrilling to hear the announcements and watch the boxers meet their opponents face to face. This event will mark the home stretch for training and fundraising.  While the excitement is important we must recognize that these individuals are getting in the ring to raise money for local people who are in need and who are fighting to overcome challenges every day,” said Jeff Cohen, co-founder of LIFFC.

Matchup Reception ticket are $10 per person and includes food, beer, wine and soft drinks. For tickets go to http://bit.ly/FFCMatchup2015; for sponsorships and other information visit: lifightforcharity.org or call (877) 240-7821.

The volunteer boxers representing the Long Island business community to be featured in the 12th Main Event are as follows: