(Long Island, NY) The Suffolk Community College Foundation will honor four financial leaders at its annual Salute to Excellence Gala  “Financial Leaders Making a Difference”  on  May 7. The celebration at the Hilton Long Island in Melville will begin at 7 p.m.

Tickets to the gala and donations can be made at the Foundation’s website: www.sunysuffolk.edu/Gala .

“We will celebrate and recognize four business leaders whose success, and commitment to higher education and our region are unparalleled” said Suffolk County Community College President Dr. Shaun L. McKay.

“The mission of the Foundation is to reduce the economic barriers to higher education and foster student success,” said Executive Director of the Suffolk Community College Foundation Dr. Sylvia Diaz. 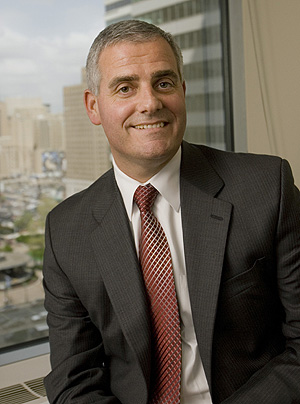 Bill Brown leads the U.S. RBWM Branch Network ensuring the effective implementation of a Wealth Management-led Premium Bank strategy to drive and grow profitable Premier and Advance relationships while continuing to support and enhance the bank’s retail client base.

Bill has been with HSBC for 18 months and has a keen focus on employees and employee development.  He represents US and Canada on the Global RBWM People Strategy Steering Committee and was chosen to other senior members of the bank to form the HSBC US People Committee.

Bill is also the Executive Sponsor of the HSBC Veterans, Military, Families and Friends Network ERG.

Bill sits on the Board of Directors of Accion USA (a micro-lender focused on supporting small businesses and entrepreneurs) and is a member of the Retail Banking Committee of the New York Banker Association. 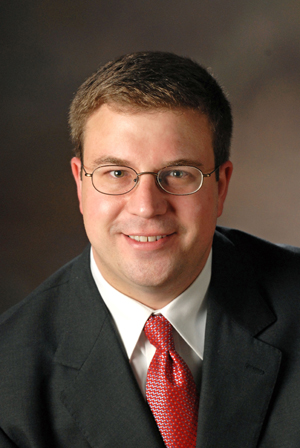 David L. Calone is the CEO of Jove Equity Partners LLC, a venture capital firm that helps start and build technology companies. He serves as a director of six privately-held companies located throughout the country and is a co-inventor on 18 issued U.S. patents relating to internet messaging and to optimizing medical treatment based on comparative treatment effectiveness data. He helped organize the bipartisan Congressional Caucus on Innovation and Entrepreneurship in the U.S. House of Representatives, through which he has been a leading advocate for federal policies that promote job creation through the development of start-ups and other small businesses. In this capacity, he helped create “Start Up Day Across America,” connecting federal and state officials with early stage companies in their region. He is also the founder of the Long Island Emerging Technologies Fund which has helped provide initial funding to launch six early stage companies based on technology developed at Long Island’s research institutions. He serves as founding National Board Chair for Patriot Boot Camp, a 501(c)(3) that helps veterans and active duty service members from around the country start businesses. He was also recently named a 2015 Truman National Security Fellow.

Since 2008, Mr. Calone has served as the Chairman of the Suffolk County Planning Commission and has led the Commission to focus on land use policies with regional impact.  He spearheaded the LI Unified Solar Permitting Initiative which has since been adopted as a model for permit streamlining across New York State and for which Suffolk County was awarded a National Association of Counties’ 2012 National Achievement Award. Most recently, he developed an agriculture equipment financing program for new farmers that has been endorsed and funded by NY State; and he created one of the country’s first geothermal energy permitting codes.

Mr. Calone is an honors graduate of Harvard Law School and has an economics degree from Princeton University where he was named a USA Today College Academic All-American, served as a White House intern, and was the first person in Princeton’s history to be elected twice as student body president. He lives in Setauket, New York with his wife, Kate, a Presbyterian minister, and their three young children. He is an avid sports fan and a winner of NBC’s Weakest Link game show. 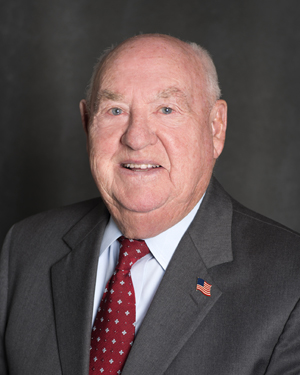 John C. Cochrane, Sr., is a lifelong resident of the Bay Shore/Brightwaters community  and is currently Vice President of First National Bank of Long Island.

From 1956 to 1984, John served as President of Cochrane and Craven Insurance Agency in Bay Shore and also served as a member of the Board of Directors of the First National Bank of Bay Shore, Manufacturers Hanover Trust Company and Fleet Bank.

John served three terms as Suffolk County Treasurer beginning in 1993 and was chairman of the Government Financial Officers Association for the Long Island Region.  He has been a member of the Suffolk County Audit Committee, the Second Congressional District Military Academies’ Review Board, past chair of both the Suffolk County and Islip Town Republican committees, and Executive Director, New York State Strategic Center for Port and Maritime Security – S.U.N.Y Maritime College. President George H.W. Bush appointed John to United States Department of Transportation Navigation Safety Advisory Control Board.

John attended the U.S. Naval Academy at Annapolis, Maryland and was active in the U.S. Navy from 1951-1955 until transferring in 1956 to Naval Reserve status. Currently retired Captain of the USNR, he has been a Naval Academy Blue and Gold Officer, counseling over 20 candidates a year for more than 23 years.  During that time, 60 midshipmen from our community were admitted to the academy with John’s assistance. 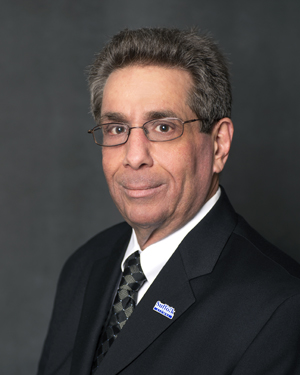 Gregory Garritano is a 1977 graduate of Suffolk County Community College. He  was born and raised on Long Island and is the founder of G.S. Garritano & Associates, CPAs, CFOs that has served Long Island and beyond for more than 30 years.

“Suffolk County Community College provided an excellent and affordable education,” Garritano said. Garritano continued his education after Suffolk and earned a bachelor’s degree from Stony Brook University and a Master of Business Administration in Accounting from Hofstra University.

The evolution of G.S. Garritano & Associates, CPAs, CFOs led to his vision, Diamond CFO™ — CFO services offering a cost effective, customizable, financial solution for clients. While the Firm provides outsourced CFO services to several clients, Garritano also serves as principal and CFO in The Lauro Group and its affiliates, which provides consulting services in civil land use, site planning, entitlement and project management. The Lauro Group primarily services national tenants seeking a presence or expansion into the northeastern region of the United States.

Greg’s passion has been to help young adults find their passion by providing them with information and perspective. Greg works as an advisor to Suffolk County Community College and interacts with students, faculty and other advisors.

“Health, Happiness and Family are all that matter,” is Greg’s philosophy. He has been blessed with five children and he enjoys the expansion of his family with his son-in-law and two grandsons.