(Long Island, NY) The Suffolk County Community College Michel J. Grant Campus Speech and Debate Team placed second at the New England Championship held at Emerson College February 21 and, for the first time in team history, advanced to the final round of every event they entered. 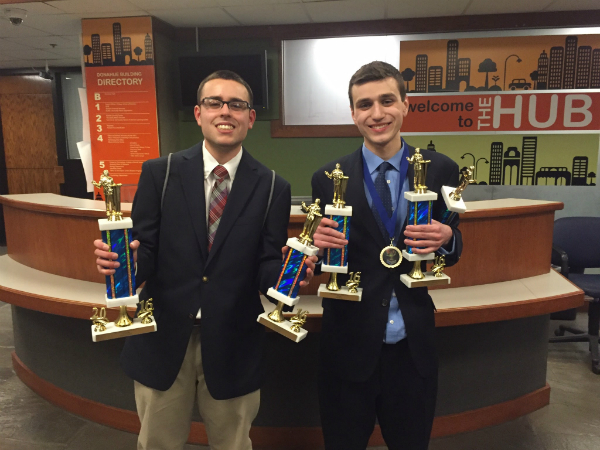 “What made the victory so special is that Suffolk was the only community college at the tournament and we were competing against some of the top schools in the country including George Mason University, currently the number one ranked school in the nation,“ said team advisor Christopher Holfester. “Suffolk students ranked higher than George Mason competitors in several events,” he said.

“I and all of the College community are exceptionally proud of our students and faculty for this notable achievement,” said Suffolk County Community College President Dr. Shaun L. McKay.

The final team standings were as follows: