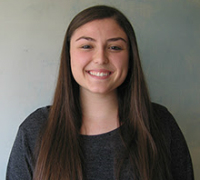 The Dodway award is one of the highest scholarships given annually by the group.

The Dan Dodway Award – a $1,000 scholarship — recognizes a top student with an interest in teaching mathematics.

Dodway was a professor of mathematics at Broome Community College who served as NYSMATYC’s 21st president. NYSMATYC awards are granted annually to mathematics students in New York State who expect to transfer from a two-year college in January or June and who plan to continue their studies in mathematics or a related field.

The awards were formally announced on Friday, April 8, 2016 at the NYSMATYC Annual Conference in Kingston, NY.

Campo will attend Stony Brook University in the fall to study mathematics.