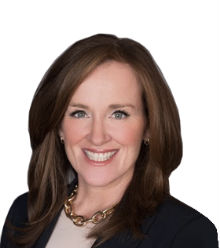 The Burden is a film already in use to educate US and NATO forces because the U.S. military is waging war against the greatest threat to American prosperity, security and lives: fossil fuel dependence.

The burden of oil dependence and the risk of climate change got some sunshine in the news recently from VP Joe Biden and Republican presidential candidates. At the Friday screening Rep. Kathleen Rice will offer a Congressional update, focused on her district and the larger region hit hard by Hurricane Sandy.

The NY event will include resident clean energy entrepreneur Jon Gensler, the Iraq War veteran who observes in the film how military families bear The Burden of oil consumption habits. “We knew the risks, and we were prepared to give our lives for our country, but we were unprepared for how much of our time was wasted on getting and protecting fuel,”  Gensler says.​​​​​​​​

The Burden: Fossil Fuel, the Military and National Security is a 40 minute film depicting the immediate risk climate change poses to our national security, why the military is leading the fight for clean energy, and how the U.S. defense energy industry will empower the world to embrace a 21st century global clean energy economy.

NATO has used The Burden film to illuminate the path to energy security with clean energy. Others see it as evidence natural disasters are depleting US military resources.

The Burden, produced in association with the Truman National Security Project and Center for National Policy, presents the dangers of continued reliance on fossil fuels while also illustrating an exciting tale of innovation. Many of our country’s most vital technologies, including the Internet and GPS, emerged out of military need. Sorkin’s film introduces us to brave servicemen and women who have formed a new American civilian corps of clean tech entrepreneurs.