“Suffolk Hacked”  was launched earlier this month with a student focus, combined with information about athletics, campus clubs and departments students should know about. The program has taken the campus by storm. 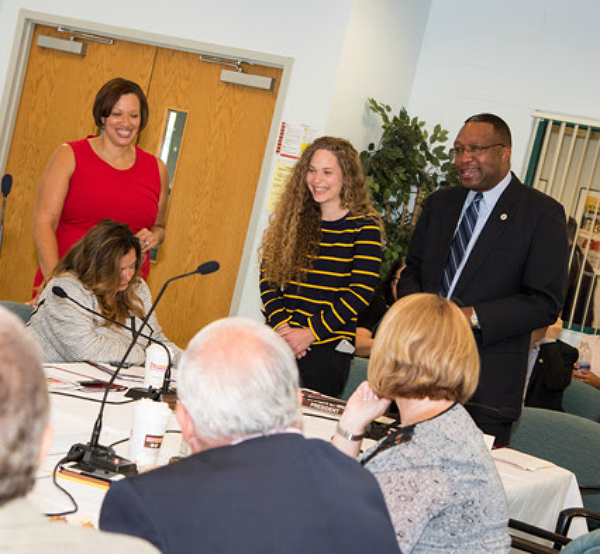 “I am grateful for this tremendous opportunity that would not have been possible without the support of my fellow students and the faculty, staff and administration at Suffolk County Community College,” Hack said.

Hack plans to use her experience as the host of “Suffolk Hacked”  to hone her writing and on-camera technique for a demonstration reel for a future career in broadcast television.

Hack, a Radio and Television Production major,  is no stranger to performing and has been writing and performing her own music since she was a child – even teaching herself how to play guitar at just 14 years-old by watching instructional videos on YouTube.

Hack plays her original music three days per week with MUNY, the Musicians Under New York program underwritten by the MTA, in Penn Station and Brooklyn’s Atlantic Terminal.

When she was 18, Tara co-wrote a song entitled “Saya Tidak Bersalah” (I’m Not Guilty) about an Australian woman, Schapelle Corby, who was jailed in Indonesia. The song quickly gained international airplay and was featured in The Sydney Morning Herald and Brisbane Times.

Here at home the song was played on college radio stations, including at the University of Rhode Island and University of Colorado at Boulder where Tara was asked to play at the Conference of World Affairs. Tara continued her humanitarian efforts by penning another song, “She Falls Down, ” to raise awareness about domestic violence. The song was used as the background in a Chicago public service announcement.