Contact: Charlotte Koons  ajustpeace@optonline.net (631) 261-8590
International Women’s Day
To Cuba With Love
Sunday, March 8, 10:30 am – 12:30pm
CODEPINK members appear to share an account of their recent trip to Cuba with photos and discussion of their impressions of Cuba and its ongoing  Socialist Revolution, followed by a screening of “Maestra” (2012), a short documentary narrated by Alice Walker about Cuba’s 1961-62 Literacy Campaign which sent young people into the countryside to teach Cuban people how to read and write, and changed Cuban culture significantly, and a video appearance by Medea Benjamin (founder of CODEPINK & Global Exchange)

General Admission $5 – Includes Refreshments. Tickets available at www.CinemaArtsCentre.org or at the box office 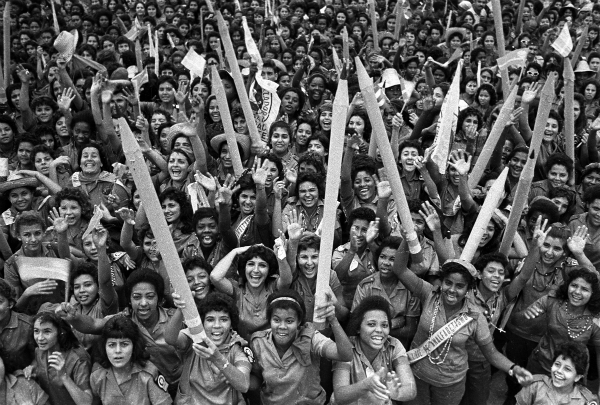 Contact: Julia Zborovsky-Fenster, NOW jzf@kinotek.com 917 873 8484
Real to Reel Documentary Series sponsored by Ginger & Stewart Polisner
Vessel
Tuesday, March 10 at 7:30 pm
Co-Presented by NOW with Filmmaker Diana Whitten in person
A fearless female doctor sails a ship through loopholes in international law, providing abortions on the high seas, and leaving in her wake a network of emboldened activists who trust women to handle abortion on their own terms.

Members $10 / Public $15. Includes Reception. Tickets can be purchased online,www.CinemaArtsCentre.org or at the box office during theater hours.

Vessel begins with a young doctor who lived by the sea, and an unlikely idea. Rebecca Gomperts, horrified by the realities created by anti-abortion law around the world, felt compelled to challenge this. Her method: to provide abortions on a ship in offshore waters.

Her project, Women on Waves, begins as flawed spectacle, a media frenzy, faced with governmental, religious, and military blockades. With each setback comes a more refined mission, until Rebecca has the revelation that she can use new technologies to bypass law – and train women to give themselves safe abortions using World Health Organization sanctioned protocols with pills.

We witness the creation of an underground network of emboldened, informed activists, working at the cutting edge of global reproductive rights, who trust women to handle abortion themselves. Vessel is Rebecca’s story: one of a woman who heard and answered a calling, and transformed a wildly improbable idea into a global movement. (USA, 2014, 88 min. | Dir. Diana Whitten) 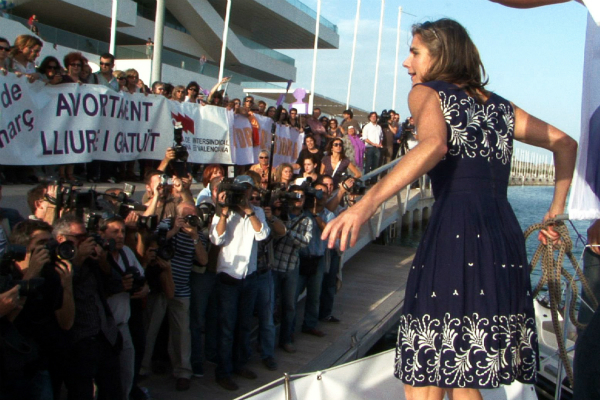 Members $10 / Public $15. Includes Reception. Tickets can be purchased online,www.CinemaArtsCentre.org or at the box office during theater hours.

Malika is the leader of the all-female punk rock band Traitors, with a strong vision of the world, her hometown of Tangier, and her place in it. When she needs money to save her family from being evicted, and to realize her dreams for the band, Malika agrees to a fast cash proposition: a smuggling run over the mountains for a dangerous drug dealer. But when the job gets complicated, the challenge will put Malika’s rebel ethos to the test, and to survive will demand all her instincts and nerve. (Morocco, 2013, 83 min., Arabic & French with English subtitles | Dir. Sean Gullette) 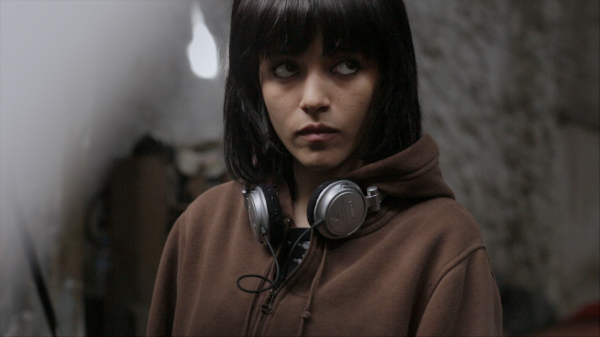 Members $10 / Public $15. Tickets can be purchased online,www.CinemaArtsCentre.org or at the box office during theater hours 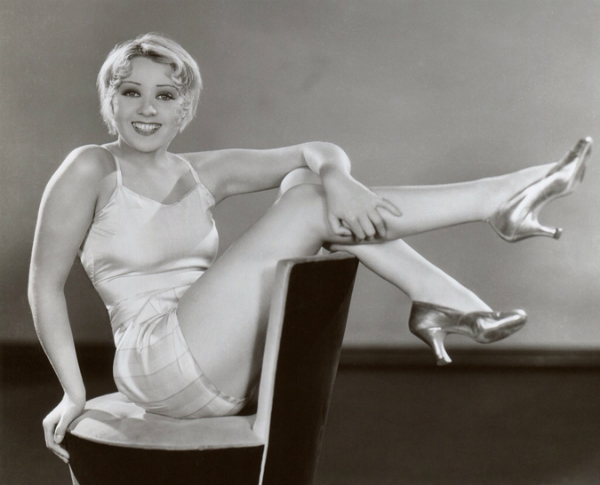 Members $10 / Public $15. Tickets can be purchased online,www.CinemaArtsCentre.org or at the box office during theater hours

As the Great Depression ate at America, movie censorship codes were rarely obeyed by filmmakers. This allowed Hollywood to give audiences brutal, steamy, funny and above all, honest portrayals of pessimistic current events. These films showed street-smart, sexy, and sometimes vengeful women battle and survive in a man’s collapsing world.  Glenn Andreiev is a longtime Long Island filmmaker and film historian. His writings on film history can be found in The Village Connection and Films In Review. He has lectured at the Cinema Arts Centre, local libraries and at School of Visual Arts. 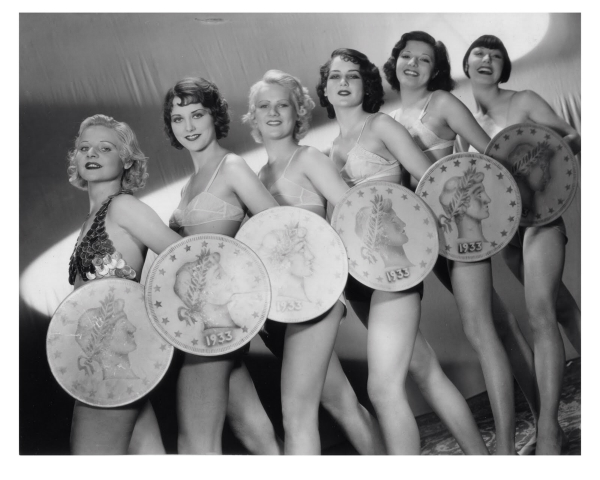 CONTACT: Freeport Music Archivist Bill Shelley Shelleyarchives@aol.com (516) 868-7379
Rock Legends Live! Rare concert clips & footage from Shelley Archives
Queens of Song: Carly Simon and Carole King
Tuesday, March 24 at 7:30 pm
In celebration of Women’s Herstory Month, the evening will include rare clips of Carly Simon and Carole King, two powerhouses of female empower­ment. Some of the songs included will be “Anticipation,” “So Far Away,” “That’s the Way I’ve Always Heard It Should Be,” “You Make Me Feel (Like a Natural Woman),” and more. Their songs showed how women could find their own voice in society, write about their own experiences, share their triumphs, and speak of their pain, while celebrating feminism and choosing their own paths. (Approx. 100 minutes) Members $10 / Public $15. Includes reception. Tickets can be purchased online,www.CinemaArtsCentre.org or at the box office during theater hours

By the late 1960’s the female contemporary singer/songwriter was a staple in mainstream music. Two such perform­ers were Carly Simon and Carole King. Both hailed from the New York City area and wrote about the condition of women in their time with a clarity and honesty that connected with their audience. They presented themselves as women in charge on stage, accompanying themselves with either piano or guitar, no distractions. Their music was accessible, sincere, and radio-friendly in style and song length. They found their voice politically and socially. 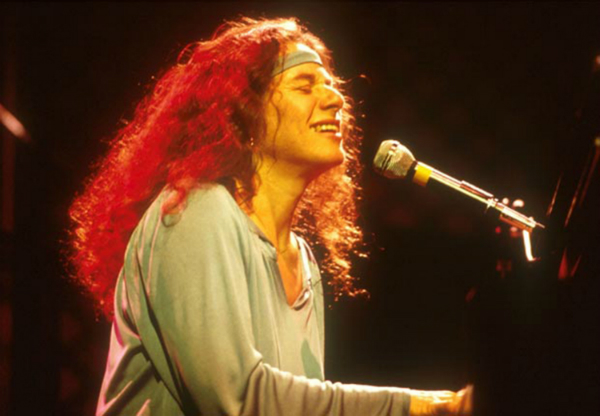 Members $10 / Public $15. Includes reception. Tickets can be purchased online,www.CinemaArtsCentre.org or at the box office during theater hours

Resurrecting the buried history of the outrageous, often brilliant women who founded the modern women’s movement from 1966 to 1971, this documentary takes us from the founding of NOW, with ladies in hats and gloves, to the emergence of more radical fac­tions of women’s liberation; from intellectuals like Kate Millett to the street theatrics of WITCH (Women’s International Conspiracy from Hell!).

Remarkably, there has never been a theatrical documentary about the early days of wom­en’s liberation. She’s Beautiful aims not to romanticize the early movement, but to drama­tize it in its exhilarating, quarrelsome, sometimes heart-wrenching glory.

The film does not shy away from the controversies over race, sexual preference and lead­ership that arose in the women’s movement — capturing the spirit of the time — thrilling, scandalous, and often hilarious. (USA, 2014, 92 min. | Dir. Mary Dore)

Producer and Director MARY DORE  is the maker of the award-winning film The Good Fight-The Abraham Lincoln Brigade in the Spanish Civil War and NY Film Fest premiere Children of Labor. 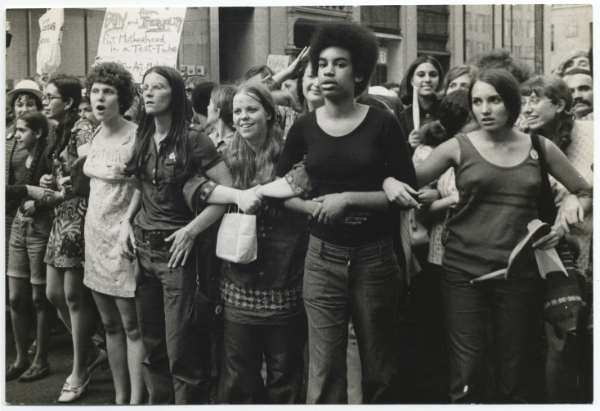 Nora Ephron, a prolific author, director, screenwriter, and playwright, is perhaps best known for her romantic comedy hit movies, “When Harry Met Sally” and “Sleepless in Seattle.” She is also recognized for her humorous and satirical essays in The New York Post and Esquire; her semi-autobiographical novel, “Heartburn;” and her two bestselling books on aging, “I Feel Bad About My Neck: And Other Thoughts On Being A Woman” and “I Remember Nothing.” Ms. Ephron passed away in 2012, after a long battle with leukemia. In an emotional tribute to the late author, actress Shirley Romaine will present selections from many of Ms. Ephron’s works, including film clips.

Shirley Romaine is an actress and TV personality. She has appeared in plays on and off Broadway and appeared on daytime and prime time television. She was for 25 years the host of Cablevision’s “Artscene on Long Island”. She is the recipient of the Long Island Arts Center at Freeport’s prestigious Advocate for the Arts Award among many honors in recognition of her creative work.

GETT: THE TRIAL OF VIVIANE AMSALEM
(One week run, date tbd)
An Israeli woman seeking to finalize a divorce (gett) from her estranged husband finds herself effectively put on trial by her country’s religious marriage laws, in this powerhouse courtroom drama from sibling directors Shlomi and Ronit Elkabetz.

Since 1973, presenting the best U.S., International, Independent & Repertory films on 3 screens 365 days of the year, in a comfortable ambience including the sculpture garden & The Sky Room Café, the Cinema Arts Centre is located at 423 Park Ave (just south of 25a), Huntington, NY 11743 (25 miles east of New York City). Admission for regular programs: $11.00. Discounts for members, seniors, students & children. CAC is a not-for-profit 501(c)3 organization. For further information call 631-423-7610. To sign up for weekly email schedule: info@CinemaArtsCentre.org Membership and Schedule: www.cinemaartscentre.org/