New York, NY – Luxury fashion designer Malan Breton proudly unveiled his never before seen couture collection in the windows of Upper East Side Dry Cleaner, Madame Paulette on December 8th, 2015. His display will be shown until February 15, 2016. The collection will range in price from $30,000 to $100,000 and will showcase six different themes: Cinema and Paris, a special partnership with Taiwan Tourism Bureau, Music, Dorinda Medley (star of The Real Housewives of New York City), “Allegiance” the musical (images of the Broadway stars wearing Malan’s collection were recently featured in Vanity Fair), and a Men’s Story. The Real Housewives of New York also filmed the evening which was hosted by Dorinda Medley.

Patented anti-counterfeiting technology, Integrity Systems was featured in all windows. Jimmy Crystal using Swarovski elements was also featured in the Cinema and Paris, a special partnership with Taiwan Tourism Bureau, Dorinda Medley and the Men’s Story windows. Of the unveiling, Malan states, “I’m thrilled to display my new collection in the windows of the legendary Madame Paulette, an establishment which has been the pinnacle of New York City luxury for over 55 years.” 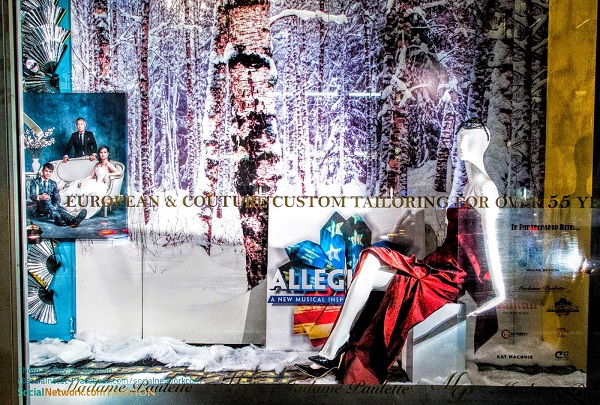 A window display at Madame Paulette.

A special, invite-only cocktail reception was arranged for December 8th and 9th starting at 6pm, where Malan Breton and owner of Madame Paulette, John Mahdessian discussed the inspiration behind the collection and the passion for preserving fashion history, respectively.

During my interview with Owner John Mahdessian, he discussed the reason behind the event and why Madame Paulette is the best cleaners for couture fashions and interior design high end upholstery. 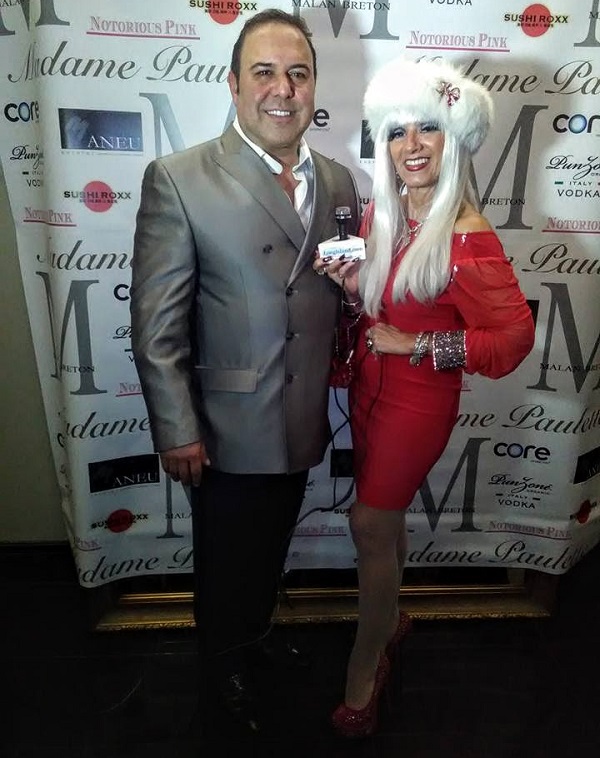 Cognac: Welcome back darlings I am Cognac Wellerlane and I am here with the Owner John himself who is hosting the event with Dorinda. Tell my audience about this event.

John: As you know we have been in the fashion business preserving, restoring and maintaining fashion collections for many years now—for fixty-six years. Collections from the late 17th, 18th and 19th centuries and we have been supporting designers throughout the course of our years in business and with that said Malan Breton is a very special person. He is not only a dear friend but he is also a very special designer that I am so happy to support on this very special occasion.

Well I am thrilled to be here and as you know I consider him a good friend of mine, I absolutely adore him. I have been covering him and his events since he started from Project Runway.

John: Then it is self explanatory. It’s an honor and a pleasure. He does the most amazing work. I am sure you saw the windows.

How many pieces are being shown from the collection in the windows outside?

John: There are approximately seven or eight couture garments that range anywhere from $35,000 to over $100,000.

And of course you do everything from couture fashions to high end upholstery.

John: Yes, I do drapes, rugs and anything that’s of value whether its intrinsic value or monetary value. I maintain and preserve the integrity of people’s personal possessions.

Tell my audience where we can go to find out more information. What is the website? 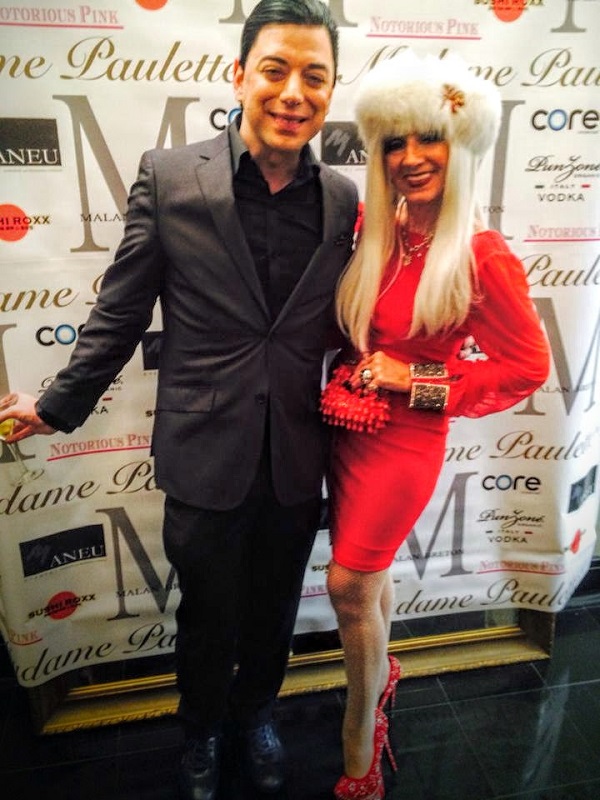 After the unveiling I spoke to Designer Malan Breton about this special event and what it meant to him.

Cognac: Welcome back darlings, I am Cognac Wellerlane and I am here with Malan Breton. Malan, darling tell my audience about the collection. I understand that it’s a preempt to your collection for fashion week.

That is so exciting.

Malan: Yes, I am so excited

You did study in London didn’t you?

Malan: I worked with Turnbull & Asser in London and had the opportunity to work with amazing people like Paul Cuss. I did all the Bonds—all the James Bonds—when Katherine wanted to have her wedding gown designed she considered me for that as well. There are seven pieces being show today. It’s just a preview to entice people.

Just to entice people for fashion week… I love it. Tell my audience where we can go to find out more information about you and the collection. 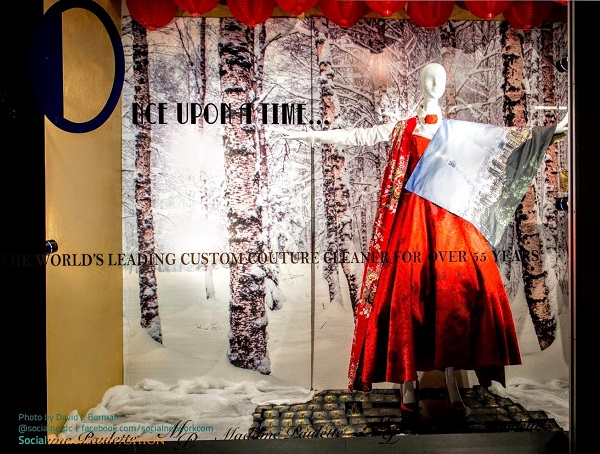 A window display at Madame Paulette.

Designer Malan Breton is a New York-based womenswear, menswear, bridal, and accessories designer. Born in Taipei, Taiwan, Breton has been designing since the age of 11 and is known for his signature detailing and fabrics. Malan Breton is noticed as one of the top three hundred luxury brands in the world and received the Taiwan Tourism Award, an honor given by the President and Government of Taiwan in 2015. The same year, Malan Breton – A Journey to Taiwan won Best Documentary Short at the 2015 NYIFF. Malan also starred in, wrote, sang in and directed the documentary. He is the winner of the 2014 European Fashion Council “Eirene” Fashion Award, the 2014 Fashion Icon of the Year award from UCOF, and was nominated for a 2011 WGSN Global Fashion Award.

He is known for designing the look of NBC’s number one rated game show Minute to Win It. Breton has also lent his expertise in the industry to OK! Magazine, Cosmetic Executive Women, Australia’s Next Top Model, The Today Show, Smithsonian Cooper Hewitt, Princeton University, Dallas Morning News, Bravo TV, MTV’s Music Awards, Project Runway, CBS News and countless other press, media, and educational outlets. Malan Breton has been featured in thousands of media outlets around the world, including being featured on the hit AMC show Breaking Bad. He has also been featured on his own Bravo show The Malan Show.