During the cocktail hour I sat down and interviewed Director of Development and Public Relations Mr. Scot Allan.

Welcome back darling, I am Cognac Wellerlane and I am here in Bellport, Long Island and I am here with the Executive Director of Public Relations Mr. Scot Allan for the Gateway Playhouse Theater and it’s their fifth annual Disco Ball Gala! 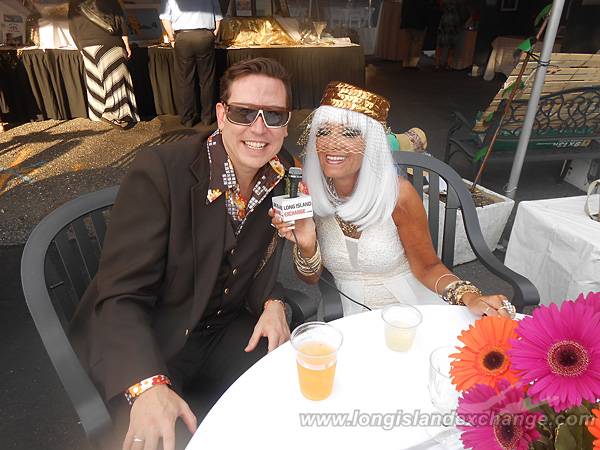 Scot: Can you believe it?!

Yes, I can believe it!

Scot: You were here at the very first one five years ago when we didn’t know hat we were doing and now I think we figured it out.

You figured it out and it is absolutely fantastic and what a better night to have this event…Saturday Night Fever…I love it!

Scot: We are so excited! Saturday Night Fever debuts tonight! It’s the end of our season. We have done all of our shows for the summer and tonight we get to preview our final show of the summer season as well as talk about our out reach programs and our educational stuff and raise some money for the performing arts center.

Tell my audience what is new and improved here at The Gateway Playhouse?

Scot: Oh my goodness, well our community partners list has just grown and grown and grown. We have partnered with so many non-profits in our area and on Long Island. We are helping each other out…creating educational programs for people and the under-served kids also as well as proving our education in-house with our acting school. We are doing a huge expose on our new and improved acting school and we just are getting bigger and better. It’s so exciting!

I just love this theater. I think this theater is adorable and I love everything you do here. I really do!

Scot: It was an exciting season this year in that it was the Long Island premier of every single show we did. We didn’t have a duplicate show at all. We didn’t have a classic “South Pacific” or “42nd Street.” Every sing title was brand new.

Wow! That is amazing Tell my audience what is your goal for the next year? What do you want to accomplish?

Scot: We really have expanded our acting school and education program and we have gotten some programs where we are going into the public schools system and teaching theater and improving the theater arts education programs and I hope that just keeps growing. Our Broadway shows are our mainstage. They are going strong and they are fantastic! They are selling on their own. We had “Billy Elliot,” the Long Island Premier…..

Scott: We had “Sister Act,” which is a regional premier. “Rock of Ages,” regional premiere first time produced Off Broadway. We have huge shows! It’s a big deal for us. Theaters across the country pine after these shows and we have the titles. We are not the small little theater. We are a high beacon of theater in the country and it’s pretty exciting.

It’s very exciting look at how far you have come from five years ago!

Scot: We have over two hundred people coming. We probably have around two hundred fifty….

Scot: And that is big for what we do, sit-down dinner, a show and cocktail hour. It’s quite in depth what we do.

I love what you are wearing by the way. This is what my husband wore when I met him. I met my husband over thirty years ago at a disco on Long Island called Metro 700. He remembers me and I remember him and he had a white suit just like John Travolta.

Do you know that I interviewed….I didn’t interview John Travolta but I did interview Karen Lynn Gorney the actress that played Stephanie… the one that gave him a hard time.

Scot: She is in the show tonight. We have an actress playing her tonight. It’s fantastic!

We are going to to see a glimpse of that tonight.

Scot: A sneak preview of Saturday Night Fever tonight. We are also featuring a performance by our friends at East End Disability Associate. We partnered with them so we have a performing arts program with them and they will be performing on stage as well!

You guys do a terrific job. Tell my audience what is the website? Where can we go to learn more information? 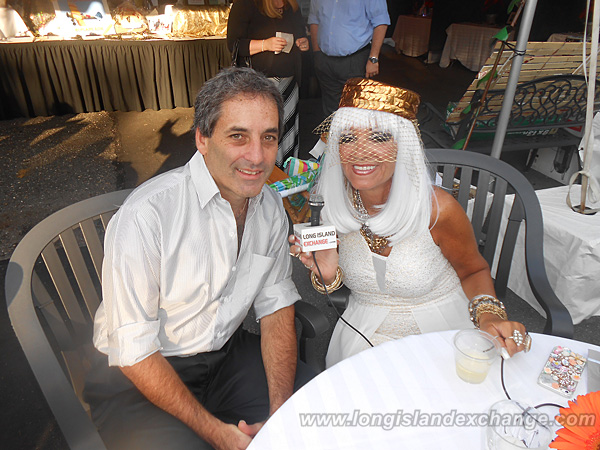 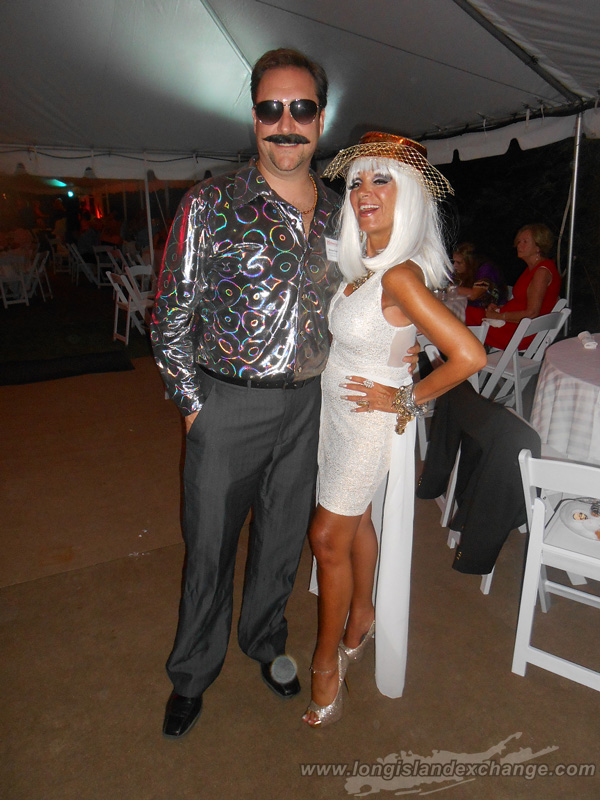 In 1941, Harry C. Pomeran bought a 70-acre farm in Bellport with intentions of starting a hotel. The property was built in 1827 for Charles Osborn and purchased in 1884 by J. L. B. Mott. Mott hired Stanford White to design a new wing for the Mansion House. Harry and his wife Libby converted the property into a resort hotel for Christian Scientists spending the summer on Long Island. Their three children Sally, David and Ruth planted vegetables, washed dishes, waited tables, and milked Daisy, the family cow. In addition to Daisy, the property housed two hundred chickens as well as hay, corn, and other farm essentials. The windmill pumped the family’s water from a deep artesian well.

The Pomeran children entertained the guests by singing, performing skits and puppet shows and playing the piano. Local residents began lining up to see the performances, and Harry decided to make a small investment. Echoing Judy Garland and Mickey Rooney, the family thought, “Let’s put on a show!” In 1950, Daisy was evicted from the barn to make way for a production of The Taming of the Shrew, and the Gateway Playhouse had begun.

The Performing Arts Center of Suffolk County strives to enrich a wide range of communities with quality theatrical experiences through diverse arts, entertainment and educational programs. The Gateway Playhouse Theater endeavors to serve these communities in a fiscally responsible manner, to provide affordable resources to schools and non-profit organizations and to ensure the future of the theatrical arts in our region.