(SOUTHAMPTON, NY) It was an exciting day as guests and Southampton Mayor Mark Epley gathered together to celebrate the grand opening of The Sayre Barn on Saturday, June 14, 2014. After numerous decades of weathering the elements the dilapidated Sayre Barn was in great need of restoration.

Concerned that this historical structure, which is now owned by the Southampton Historical Museum, would continue to deteriorate, museum officials last year agreed to take action and rebuild it.

The Sayre Barn will be utilized for several historical museum events throughout the year and it is opening was a grand success with a photography exhibit by local photographer Ulf Skogsbergh, who has spent the past nine months documenting the Sayre Barn’s restoration. 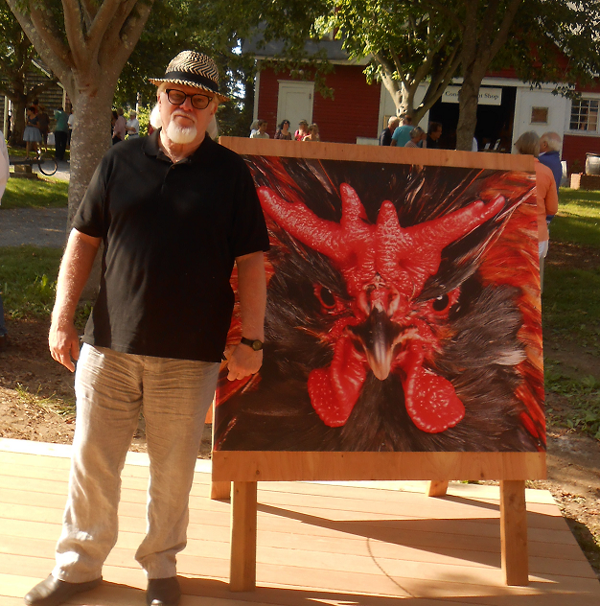 Photographer Ulf Skogsbergh poses for a photo-op in front of one his photographs that was exhibited at Sayre Barn Grand Reopening Saturday, June 14, 2014

“What is great about Ulf’s project is that he documented all of the mess,” museum director Tom Edmonds revealed during our interview. He continues to state,“So we are going from a mess to a beautiful multipurpose space.”

The Sayre Barn was constructed in 1825 by the Huntting family and purchased by Isaac Sayre a year later. Originally the barn was at the corner of Main Street and Hampton Road and used for livestock. According to the museum, it used to be known as the “billboard” barn because many posters identifying wanted criminals and runaway slaves from the South were posted. The barn was also used for advertising help wanted and upcoming events such as like the circus which was popular in Southampton at the time. 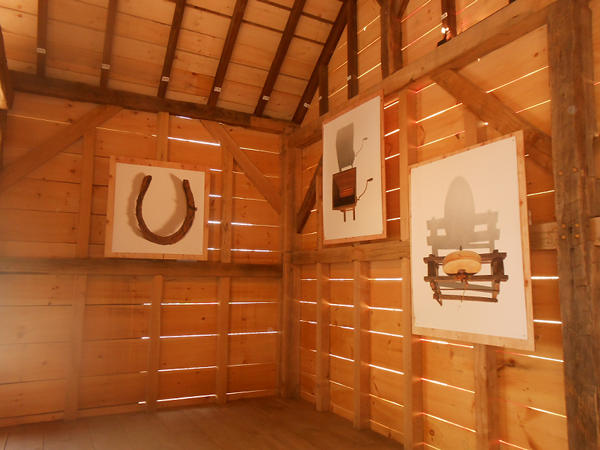 After many years The Sayre Barn was bought by the Dimon family and became an antiques store in the 1930’s. The family decided to renovate adding many changes like new windows, a loft and a more suitable staircase.
After World War II the family gave the barn to the Southampton Colonial Society which is now known as the Southampton Historical Society.

The Southampton Historical Society is based at the museum. In 1952. The organization relocated the barn onto its property on Meeting House Lane by rolling it on logs down Main Street. Shortly after the barn became the museum’s dry goods store and a tourist attraction.

In the 1990s a drunk driver crashed into it resulting in the museum making repairs. The reconstruction involved new wood to replace the old. The building was eventually closed to the public in 2008 after severe deterioration. 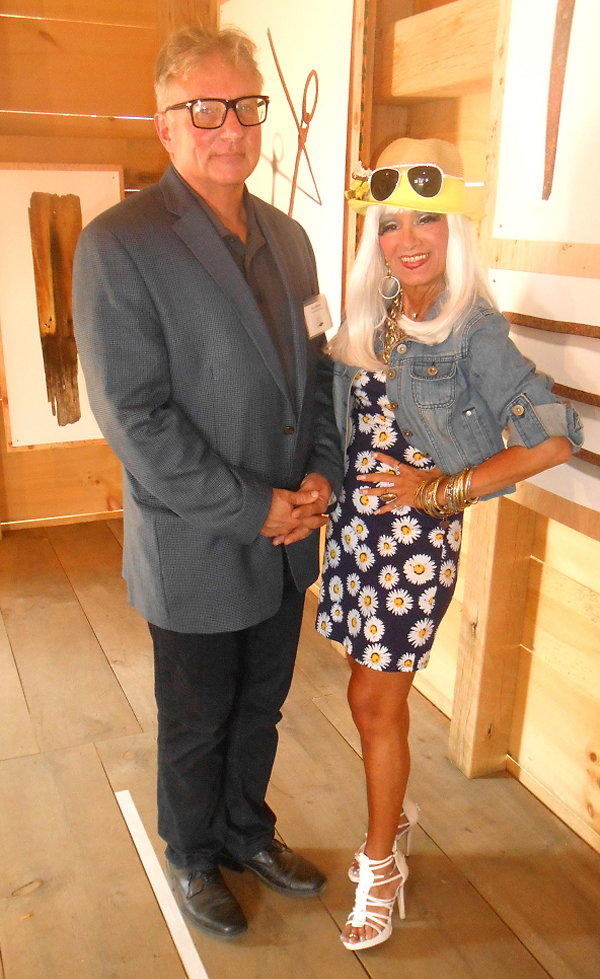 For the renovation project, the historical museum used the services of Strada Baxter Design Build of Amagansett, a construction firm specializing in historic restoration. The construction company deconstructed the barn down to its skeleton and then reconstructed it using the barn’s original woodwork. they could. When necessary, Strada Baxter Design utilized newer materials by melding and combining pieces together.

“They meticulously saved whatever they could,” Mr. Edmonds revealed. “It was a very expensive project and very laborious—they re-created it just he way it originally was, they did the right thing.”

Photographer Ulf Skogsbergh’s photographs will be on display at the museum from June 14 through October 18. These important photographs are approximately 30 pictures ranging from standard size to 20 feet long,

Museum Director Tom Edmonds states “We needed to document this restoration, for it to be a proper preservationist you have to document wear and tear, so this will show what these objects looked like in 2013 so that when we look at things again in 2020, we can see deterioration and changes and determine how to fix it. Ulf took the project and went to the moon with it—he took a museum procedure and turned it into fine art.”

The museum plans to use the new space for charity events, small gatherings, dances, educational classes and community meetings.

More information about the barn and photography exhibit can be found at SouthamptonHistoricalMuseum.org.