Festival organizers led by Executive Director Brenda Simmons and Board Member, Oscar winning film director Nigel Noble selected a group of important films that highlighted the experiences of people of color from the joyous to the painful. Screenings took place at the Southampton Arts Center, 25 Jobs Lane Southampton, NY 11968 and An Evening of Spoken Word & Jazz was held at the Southampton Cultural Center, 25 Pond Lane, Southampton, New York 11968.

I had the pleasure on the last day of the festival interviewing Filmmaker Muta Ali, the grandson of Ossie Davis and Ruby Dee. We discussed his reason for creating the film.

Each of the films speaks eloquently to the complexity of issues facing not only the African American community but all minorities or Luke Meyer’s. Showtime is a coming of age story about two boys in their senior year of high school who earn money by dancing on subways – one of them likes a girl and their friendship is tested as a result. Unlocking the Truth which chronicles the meteoric rise of a young African American metal band from Brooklyn, New York, who write and create their own lyrics and music. The founding band members are Malcolm Brickhouse (electric guitar) and Jarad Dawkins (drums). This film deals with the realities that many people have to face when a loved one returns home from war and everything has changed. 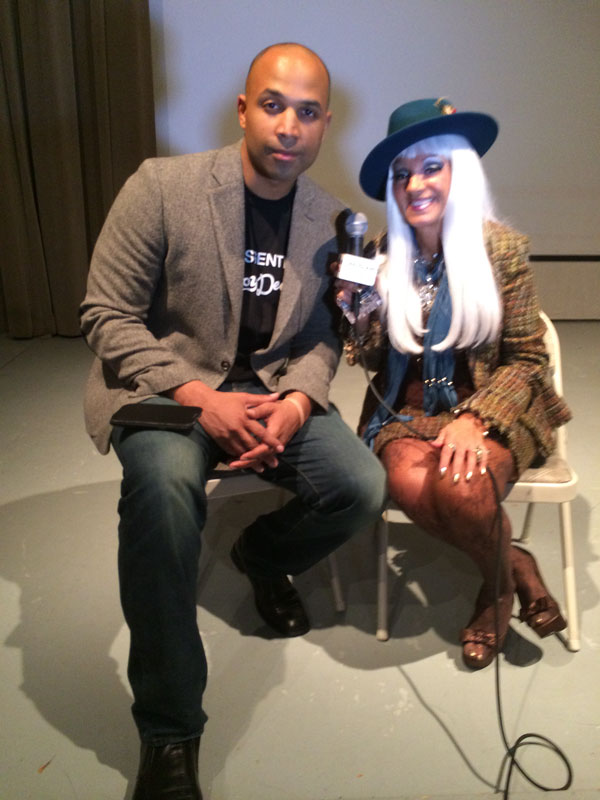 Its mission is to promote an understanding and appreciation of African American culture by creating programs that will preserve the past, encourage learning and enhance the life of the community. SAAM will research and collect local history, produce media events, create exhibits and community celebrations. Over the years many hurdles have been conquered and great programs are being presented in collaborations with many local agencies and establishments.