New York, NY – It was a Merry Christmas Italian-style at the 12th Annual “Christmas In Italy” showcasing at the Skirball Center for Performing Arts in Greenwich Village in New York City on December 19, 2015.

Audiences started new traditions and created lovely family memories as they were transported to La Bella Italia! All that attended enjoyed the strains of the mandolins, the beautiful Children singing (the Little Language Studio of Brooklyn) and dancing (Dance Electra of Staten Island), plus the Richmond Choral Society of Staten Island with the Arcadian Chorale of NJ performing during this special concert. Opera Star Cristina Fonantelli and her wonderful PBS-TV co-hosts, Denise Richardson and Jim Masters, were happily joined together on this Vocal Journey through Italy’s best-loved songs and the World’s best-loved Christmas classics.

After the concert I sat down with Cristina as she explained the history of “Christmas in Italy.”

Cognac: Welcome back darlings, I am Cognac Wellerlane and we are here at the Skirball Center. It’s “Christmas In Italy” and I am here with Opera Star Cristina Fomtanelli. Cristina this was such a spectacular event.

Cristina: Thank you Cognac, should I say Gracia.

Twelve years. I was just about to ask you. This was established twelve years ago. Can you tell my audience a little about the story–how it happened?

Cristina: Sure, I would be happy to. I had a vision for “Christmas In Italy” because I sang at an event where there was a New York Times reporter and I thought I was famous. I sang “Torna a Surriento.” (serenading) So I thought it was a famous song until the Times reporter came up to me and said “What is that? It’s beautiful… what is that?” I had to explain to him that it is a Neapolitan Folk song and he wrote about it in the New York Times the next day and I had this idea. I said “We can’t lose these beautiful songs…” 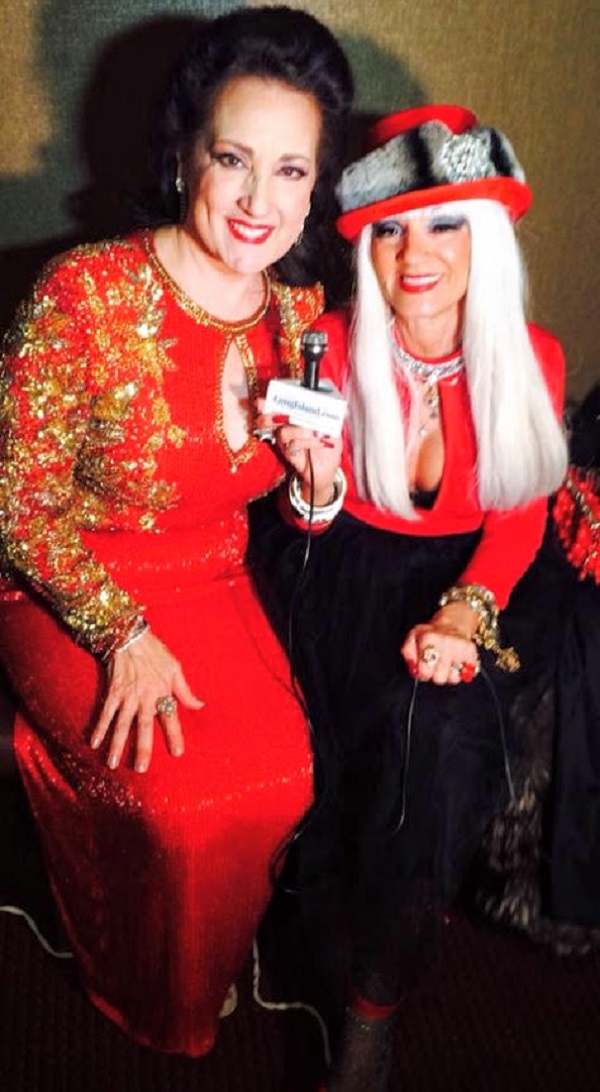 Christmas in Italy: Cognac and Cristina

Cristina: Turn of the century around the 1890’s or something like that. I decided… a light bulb went off I said, “You know I am going to have a concert, a show once a year—what better time but Christmas? Because it should be for families so that older generations can pass the music down… can pass the joy down.” So that’s what I did. I started it twelve years ago and as you can see today we have lights and sets…

It was so beautiful. It was just the most beautiful thing. It reminded me of “White Christmas” you know when Bing Crosby sings at the end of the movie. You remember with all the ballerinas and the children and the Christmas Tree…everybody is in red. It was just so gorgeous!

Cristina: Well, thank you. You know it’s really old fashioned. To me “Christmas In Italy” is going back in time. It’s like a time capsule of when families were happy and joyful with each other and felt safe with each other and all the relatives came over that is the thing that I want to keep.

I thoroughly enjoyed it. It was such a beautiful concert. Can you tell my audience how many songs you sang throughout the evening?

Cristina: Oh I don’t count, but it is a a marathon.

Cristina: Something like that. We also had kids dancing, Weren’t they great?

They were terrific. The kids dancing, singing… it was just a beautiful, absolutely adorable show.

Of course Santa Claus at the end. Tell my audience, Cristina you work on so many wonderful things. What is next for you? What can we expect in the new year 2016?

Cristina: Well you know this show twelve years later is really headed for some big things. I have been pointing it towards television and it looks like it is definitely going there—major television—I can’t say where exactly. Also in the Spring I am going to do The Great International Song Book at Baruch College in New York, and I sing in eight languages so that is not only going to be Italian songs so to speak, but the songs of the world. I go down to Florida in January with orchestras—every year brings new and wonderful thing you know. So let’s see what happens in 2016,

I can’t wait darling, I can’t wait. I want you to tell my audience where we can go to find information. What is the website?

Cristina: It’s an Italian name, ladies and gentleman, CristinaFontanelli.com I took the “h” out of “Cristina” and “Fontanelli” means “little fountains” in Italian. 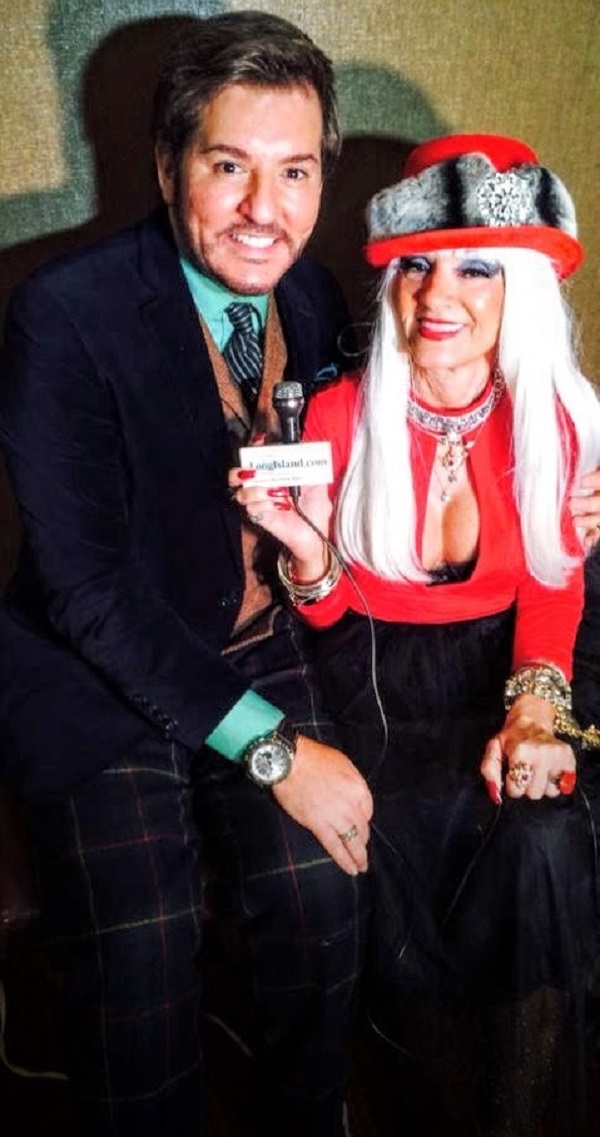 Cristina has become a well-known personality through her recordings, her appearances on TV, radio, in concert, nightclubs, opera and through her acting debut on network television. She has appeared as PBS-TV/NY affiliates host for Andrea Bocelli’s Live From Central Park, also starring Celine Dion and Tony Bennett; for the Il Volo Takes Flight special; Vienna Boys Choir and Qi Gong PBS-TV Specials. In November of 2014 Cristina was chosen by the Italian government as a world-wide representative of the Puglia region to sing in Bari, Italy. She is the “Voice of Domino’s Pizza” on their national radio commercial, the voice of “Nonna” on PBS-TV Chef Lidia Bastianich’s Christmas special (in over 300 PBS outlets across the U.S.) and has appeared on CBS Weekend NY in interview/performance/co-hosting roles for the past 2 years. Cristina’s beautiful soprano voice has taken her to the White House as part of President Clinton’s holiday celebration and Cristina was invited to open the ceremonies at the Stars and Stripes Inaugural Ball for President George W. Bush. This following her “Lifetime Achievement Award in the Arts” from the Order Sons of Italy in America (previous honorees include Luciano Pavarotti).

She has appeared with many famous recording artists and big talents including Tony Bennett and Joel Grey. Ms. Fontanelli is a guest artist with many prestigious orchestras including the Boston Pops and the St. Louis Symphony performing in major concert halls throughout the U.S. and the world, including the Lincoln and Kennedy Centers and major concert halls throughout the Far East and Canada.