LONG ISLAND, NY – The Cookbook Author and Food Network Star Katie Lee hosted St. Barths In The Hamptons presented by Social Life Magazine and St. Barth Tourism. In this months issue of Social Life Magazine Katie Lee appears in a provocative spread in the glossy mag, but, “At the beginning of the shoot, I was actually terrified,” revealed Billy Joel’s former wife.

Sexy guests and VIP’s were treated to caviar tasting, open bar all night, V.I.P. entry, hors d’oeuvres, champagne, lounge seating, and a gift bag. The event took place at the Bridgehampton Museum from 6 to 10 p.m.on Saturday July 18, 2015. A portion of the proceeds were donated to support the Bridgehampton Historical Society. 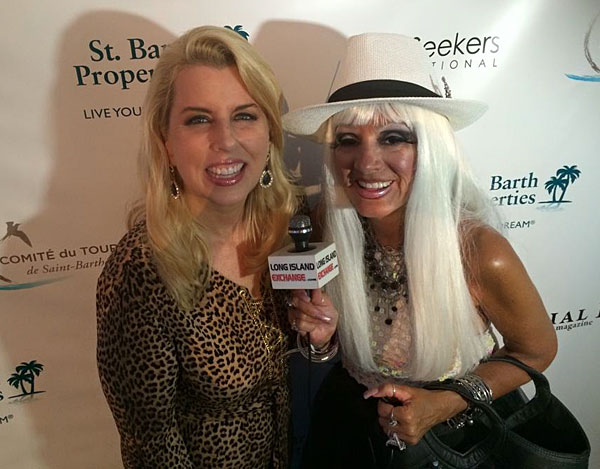 Katie Lee was raised in Milton, West Virginia. She studied journalism and food science at Miami University in Oxford, Ohio where she graduated in 2003. She met Billy Joel when she was 22 years old, while visiting New York City for a weekend. After dating for a year, she and Joel married at his home in Oyster Bay, Long Island on October 2, 2004. Billy Joel’s daughter Alexa Ray Joel from his marriage to Christie Brinkley served as maid of honor. After nearly five years of marriage, Billy and Katie Lee separated in June 2009. The separation came after months of rumors that Lee was having an affair with Israeli fashion designer Yigal Azrouel.

During the event I caught up with Television News Anchor, Correspondent, Radio Host, and Best Selling Author Rita Cosby.

Rita is currently a Special Correspondent for the CBS syndicated program Inside Edition, specializing in interviewing newsmakers and political figures. Cosby has received three Emmy Awards, the Jack Anderson Award for investigative excellence, the Matrix Award, the Ellis Island Medal of Honor, and the Lech Walesa Freedom Award. On October 11, 2010, was declared “Rita Cosby Day” in the State of New York for her “extraordinary journalism and exemplary service on behalf of her community. 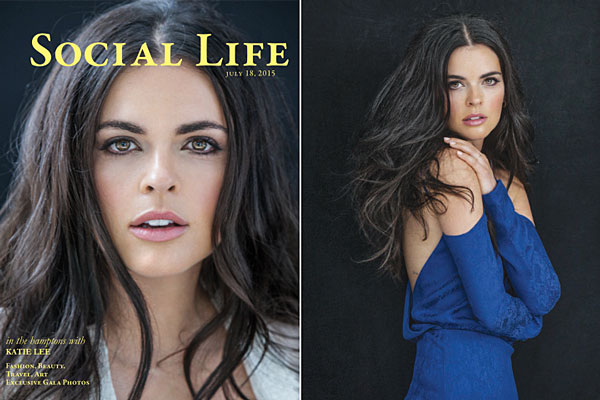 Welcome back darlings, I am Cognac Wellerlane and I am here at St. Barths in the Hamptons. I am here with Rita Cosby and she looks fabulous as usual. Tell me how you got invited to this event.

Rita: You now what I love what Social Life does. I have such a respect for the owner and the publisher and this is the place to be in the Hamptons especially on such a beautiful summer night.

Yes, it is beautiful!

Rita: It really is incredible so they do a lot of charitable things which is great about giving back and remembering what it’s all about and I really applaud them. I am so happy to be here. Earlier in the day I was a Jill Zarin’s event.

Rita: I see with your beautiful black and white outfit. Jill Zarin had the most amazing event and a lot of the proceeds went to the Samuel Waxman Foundation which is a great cause. Jill is so incredible she knows how to put on the most amazing party. It was tons of women. This year she ad a man cave. So she had a place for the guys as well and all these incredible vendors, products and all the whose who of the Hamptons. All the “Real Housewives” were there.

Rita discussed more of Jill’s event but we continued to discuss how important St. Barths in the Hamptons was and the significance of some of the proceeds will be benefiting The Bridgehampton Historical Society.

The whole thing is not that we are interviewing celebrities it’s that this particular event is going to benefit the Bridgehampton Historical Society.

Rita: Which is why I am here.

Yes, we want everyone to know that it’s not just about celebrities, it’s about benefiting the Bridgehampton Historical Society on the East End and thank you for being a big supporter and talking to me.

Interviews with Rita Cosby and Sir Ivan at St. Barths In The Hamptons Saturday July 18, 2015.

I also had a chance to chat with Sir Ivan who holds a spectacular costume event at his palatial Castle in the Hamptons.

Sir Ivan tell my audience why do love St. Barths in the Hamptons so much?

I think that is why my husband likes it too! A lot of sexy girls!

Now you have a very important event every year here in the Hamptons. Tell my audience what is your event all about.

Sir Ivan: I raise a lot of money for my charity. It’s called The Peaceman Foundation and then I reward them and thank them by inviting them to my big record release party at the end of the summer. I wrote an anti-bullying anthem called “Kiss All The Bullies Goodbye” with vocals by Taylor Dayne and I also gave one hundred thousand dollars away to ten different anti-bullying charities and all the proceeds from the song, the video, downloads are all going to those ten anti-bullying charities.

On Saturday August 22nd, I am going to show the Hamptons something they have never seen before. I am going to turn back in time into the ambiance of the vibe of Studio 54, rechristening my Castle as “Castle 54,” and you have to come dressed like one of the Village People. I will have twenty of the world’s greatest Latin hustle dancers on the planet from Stepping Out Studios and we are going to celebrate the LGBT community, the straight community, mixed together the way it should be.

If we want to find out more about you Ivan where can we go, what is your website?

Sir Ivan is an American recording artist and songwriter who is best known for his pop-dance remakes of 1960s and early 1970s peace songs. He created The Peaceman Foundation, a non-profit organization that battles hatred, violence and Post Traumatic Stress Disorder (PTSD). In the United States alone he has appeared on various reality television shows, such as Who Wants to be a Superhero?,

St. Barths in the Hamptons has drawn many celebrities to its events including Brooke Shields, Kevin and Danielle Jonas, Molly Sims and Ramona Singer. The event is always considered a glamorous, sexy, hip event in the Hamptons enticing the elite and want to be’s.