The Media, Death and Celebrity — Even in the Afterlife there is no Peace

A couple weeks ago the world was rocked by the news that actor Heath Ledger had passed away. This was shocking and very sad. But, what was even more shocking and sad was how the media reacted to this news.

It is one thing to provide up to the minute information on the facts, it is completely unacceptable however to report information that is untrue or only speculation. And, that is exactly what the media did.

Within hours of Ledger’s death the media was reporting that it was an apparent suicide. Now, a couple weeks later it is reported that it was actually an accidental overdose. But, the problem is that the media put that information out there without ever really having hard evidence to support it. 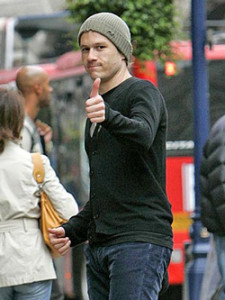 Respect for the Dead

As a nation we should demand respect for the dead, regardless of how they died. And, if the cause of death is unknown it should be reported as such until a positive cause has been determined. It is so sad that Heath Ledger’s name was drug through the dirt and it was reported that he committed suicide when this in fact was not the case.

Looking back it is so amazing that his death was labeled a suicide. News sources were reporting information that was taken completely out of context. An interview from 2007 where Heath said he was ready to die in a way because he could live on in his child was cited on many occasions as “foreshadowing” that Heath truly was contemplating suicide and that he was telling the world ahead of time. This couldn’t be further than the truth and the interview was taken completely out of context for the sole purpose of sensationalism and ratings.

It is so unfortunate in our country that we allow the news to report information that is not true. We all tune in to see what is going on or to hear the latest developments and we are all at fault for jumping the gun and jumping to conclusions.

But, news organizations should NOT be allowed to do this. The false information that was reported will be on the web forever and the young daughter of Ledger will eventually be able to read this information. Is this fair?

And, by the way, where has responsible journalism gone anyway?

To me it seems the paparazzi and gossip magazines as well as websites are no worse than actual news stations, at least not in the case. All of the major networks were reporting on Ledger’s death and they all fell into the trap of reporting misleading information.

It is quite sickening to treat a human being in this manner. His death was a shock to the world and he should have been given the respect of finding out his cause of death before reporting that he was dead and surrounded by pills and a rolled up $20 bill.

Regular folks die every day under unknown circumstances and since they are not celebrities their names are not drug through the mud, at least not on a grand scale. However, this incident should serve as a wakeup call for all of us.

When someone dies we need to take a moment to honor that person and remember them. Not jump to conclusions about how they died or what their motivation might have been for suicide. If anyone looked at any of our lives they could probably find reasons for all of us to commit suicide. Sure, these are not reasons that any of us would ever act on . But, once dead we don’t have a whole lot of say in what the world is talking about.

So, the next time a person dies and the reason is unknown leave it alone for a while until a reason is indeed known. And, if there is never a real reason discovered just let that person go in peace. Knowing the reason for death will not make your life any easier. It might simply indulge your need for more gossip.

Gossip won’t get you anywhere and it only makes some feel better because they are talking bad about someone else. Avoid this at all costs and let the truth prevail. You will be a better person for it and maybe the media will get the hint that America wants responsible journalism to return and enough of all the gossip.

May Heath Ledger rest in peace.