CONNECTICUT – Over two hundred fifty of the world’s finest, rarest and most exciting classic automobiles were on display for the Greenwich Concours d’ Elegance on May 30 and 31st at Roger Sherman Baldwin Park on a verdant peninsula in Greenwich Harbor. The only Ferrari P3/4 race car ever built was driven to the event by its owner, this year’s Grand Marshal, Jim Glickenhaus.

Glickenhaus is a long time supporter of the event and renowned among automotive connoisseurs — especially Ferrari collectors — for restoring, preserving, driving and now building some of the world’s rarest sports and racing cars. He drove, not trailered, the 1967 Ferrari P3/4 – surely one of the world’s most valuable Ferrari race-cars from his home in nearby Rye, NY to the Concourse grounds. His very special Ferrari, chassis No. 0846, won the 1967 24 Hours of Daytona and raced at that year’s Targa Florio and Le Mans.

During the event I had a chance to chat with Renowned Car Collector, Racer and Builder Jim Glickenhaus. 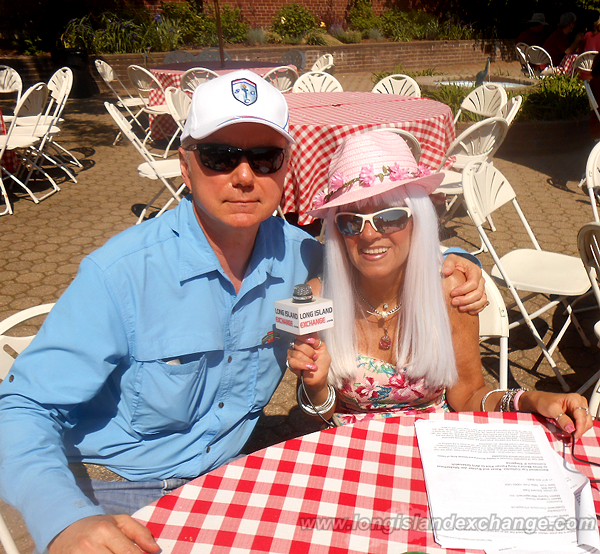 Welcome back darlings. I am here at the 2015 Greenwich Concours d’ Elegance and I am here with Renowned Car Collector, Racer and Builder Mr. Jim Glickenhaus. What a pleasure and an honor to meet you darling.

Jim: Oh thank you so much. It’s great to be here.

Jim: Yeah, we got up early and started up our Ferrari P3/4 that won the Twenty-four hours of Daytona 1967 and it is registered in New York and I drove it over here from my house so it was a great morning, nice drive….I always drive my cars.

Not many collectors do that because they are so afraid of something happening to their car but you were brave enough to do that.

Jim: Well I think there are several things to it. I think if you worry about it for sure you are going to have a bad day. I think Murphy wants to …until you see someone worrying but the thing that I don’t understand is a lot of guys buy cars and forty years later, you know they have 200 miles on them. I mean, it’s almost like you know if you said I am not going to have sex with my girlfriend because I want her to be more desirable for her next boyfriend…I never sought of understood that.

I agree with you. I think that you should….when you buy something you should wear it, you should enjoy it, you should embrace it. I am delighted to hear that you like to drive your cars. Tell my audience how many cars do you own that you have collected throughout the years?

Jim: You know I think if you are a real collector you are not hundred percent sure…hahaha. I think I own twenty cars and my wife and I also have a racing Scuderia and we design, engineer, build and race our own sports-cars in Europe. We just raced at the Twenty Four Hours of Nurburgring where we did very well. We finished first in class and then we drove the car from a factory in Torino to the Concorso d’Eleganza Villa d’Este in Lake Cuomo. That is a spectacular event.

I would love to attend that!

Jim: Yeah that’s a beautiful thing and then we actually have been selling a few examples of our cars to customers throughout the world.

Do you have a favorite car that you built that you love to drive?

Jim: I love to drive them all. It’s a little bit….should someone ask you which of your kids, grand kids you love the most.

I often hear that.

Jim: Yeah, and they are different. I think that’s the thing. It’s much like saying “What’s your favorite food.” I mean some days you want to go to the best French restaurant in the world, best Italian restaurant and then some days you want a bacon cheeseburger. I like the diversity of the cars and that is what I love.

Jim: Yeah, exactly so and as you do it you feel good about it and that’s what makes it work.

Tell my audience where did this love of cars and collecting come from? How did that all happen for you?

Jim: For me it was the stories and history….I mean I think the thing about driving an old car is a time machine. My son got married in Newport Rhode Island and I drove up there in a Duesenberg and that was just an adventure driving a Duesenberg….

Jim: ….You know up to Rhode Island and then he and his bride got in the back and I drove them around and you know you go back in time and when you drive a famous race-car like my P3/4 that Loreno Bandini and Chris Amon won the 24 hours of Daytona….I will never be them but for a moment you are riding with them. 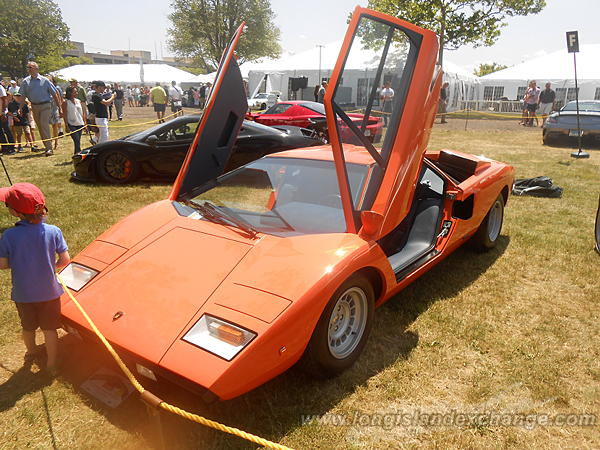 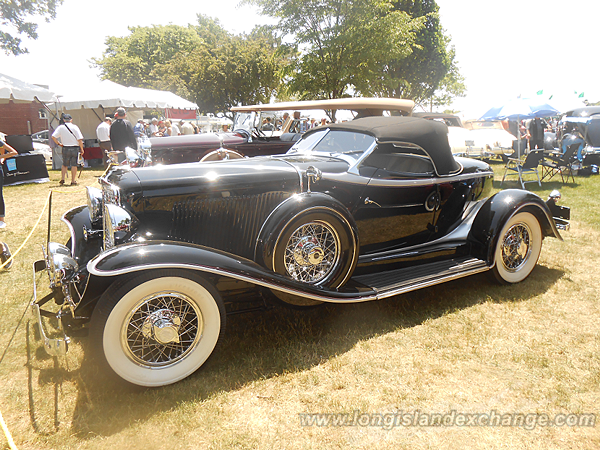 Celebrating its 20th year, the Greenwich Concours also honors its tradition of gathering the most discerning automobile collectors and enthusiasts. One of those, Wayne Carini served as Chief Judge for the 2015 event. A leading car restorer, Carini is of course known by many as the host of Velocity “Chasing Classic Cars” TV show and a master at locating rare “barn finds.” 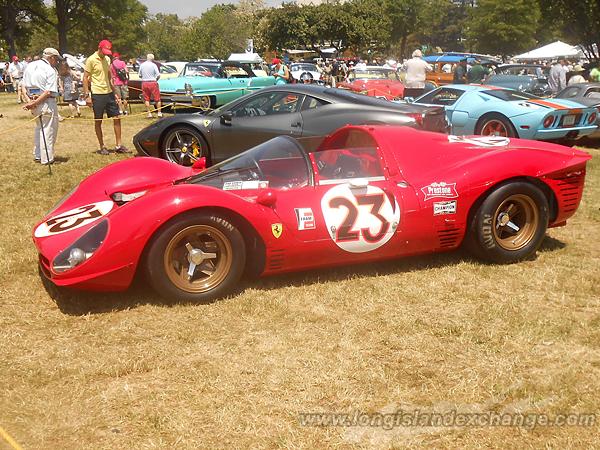 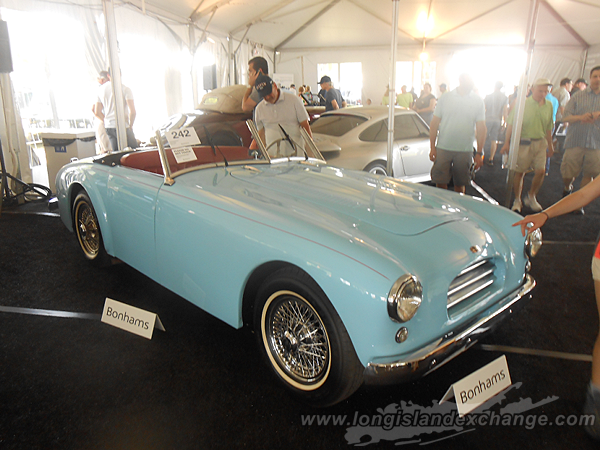 Two new sponsors joined the Greenwich Concours this year, financial powerhouse Charles Schwab and GH Mumm, the official champagne of F1 racing. Spectators might want to “ask Chuck” to advise on the best way to allocate finances for a collector car they dream of. The presence of GH Mumm speaks to the elegance of the Concours. Fittingly, Jean De Castelnau, the GH Mumm Champagne Ambassador presented the trophy each day for “Most Elegant Car.”