Flanders is a hamlet and census-designated place located in Suffolk County, Long Island, New York. It is home of the 20-foot concrete Big Duck, a duck-shaped Ferro cement building which was originally built by a farmer named Martin Maurer and also used as a shop to sell ducks and duck eggs.

Flanders is on the south side of the Peconic River at its mouth in Peconic Bay. Riverhead is just across the river to the north. 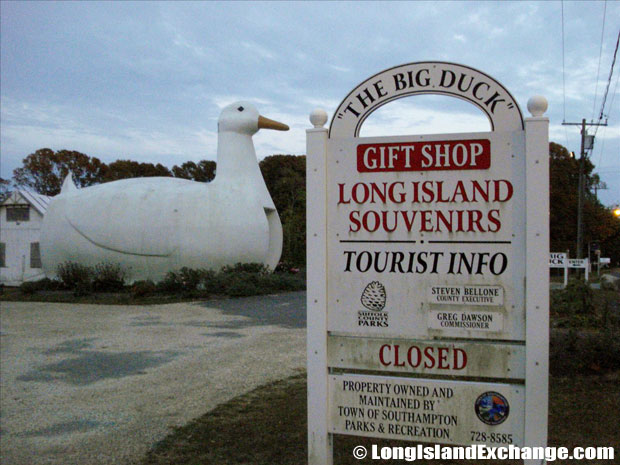 Long Island’s most famous landmark, the Big Duck is listed on the National Register of Historic Places in Washington, D.C. 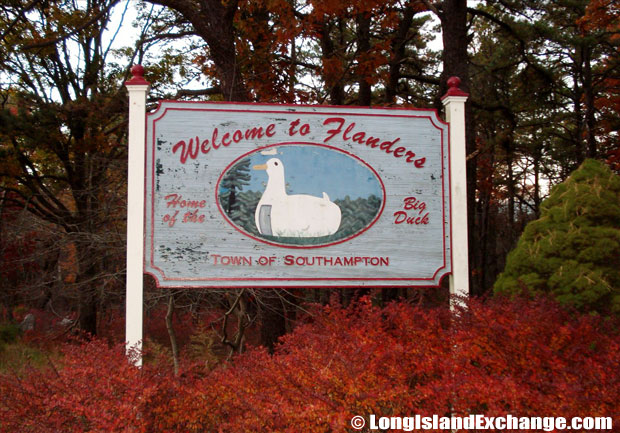 A sign featuring the Big Duck welcomes visitors and residents to Flanders, a hamlet and census-designated place located in Suffolk County. 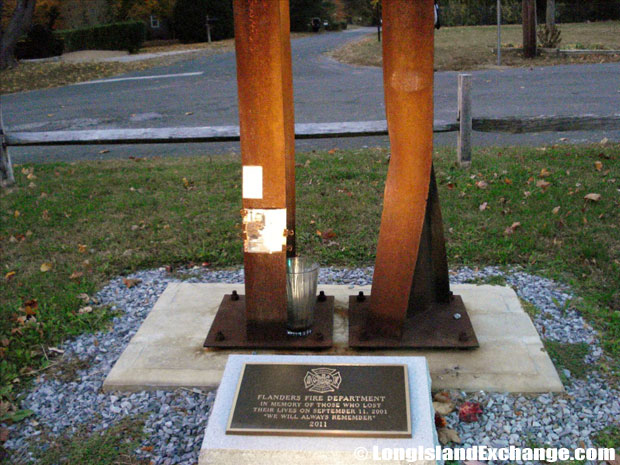 A memorial to the Flanders fire department members who lost their lives in the attacks of September 11, 2001. 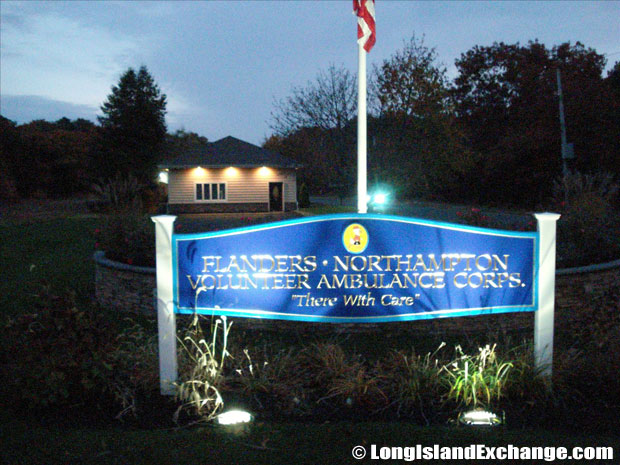 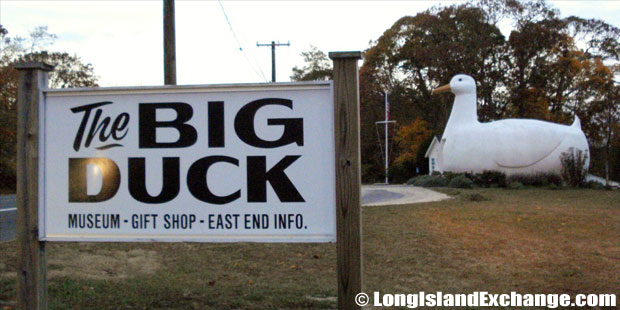 The area was originally named after the region of the Netherlands. According to research on New York, Flanders is amongst the safest places to live with no registered sex offenders in early 2007. It is also a quite middle class neighborhood having an unemployment rate of only 3.50 percent compared to the 4.60 percent of the United States average. Recent job growth in Flanders is Negative. Jobs have decreased by 0.71 percent. About 75 percent of houses in Flanders are occupied by their owners. Renters make-up 25.25 percent in total population. 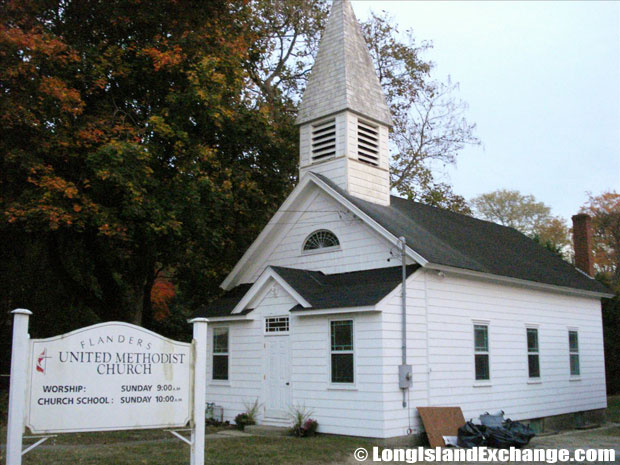 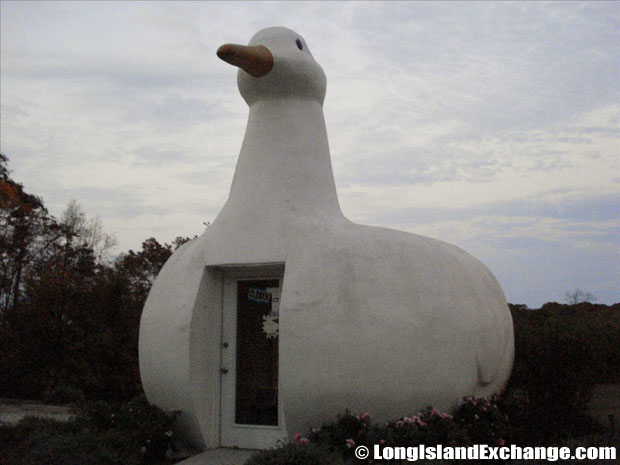 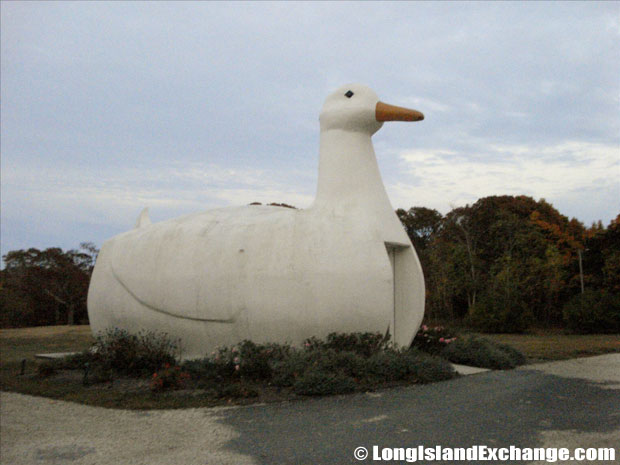 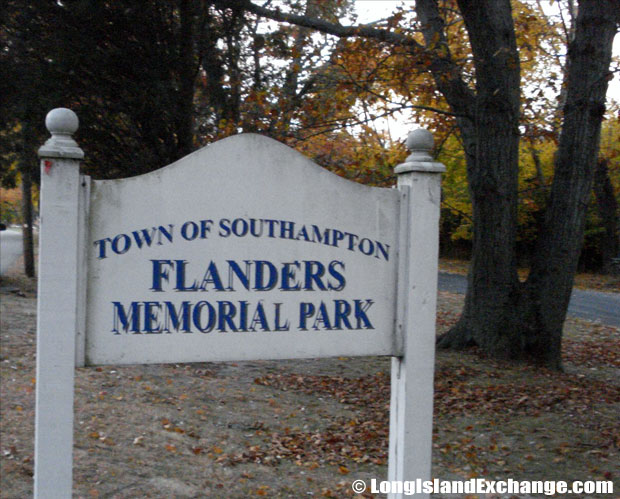 Flanders is partly served by Riverhead School District. The district offers reasonable programs meeting and exceeding all New York State Learning Standards and regulations in order to enhance the achievements in every student. It also provides high quality academic programs especially from Kindergarten to 12th Grade and graduates to College would reach as high as 85% of the student’s population. In fact, the Flanders public schools spend a total of $12,241 per student. The average school expenditure in the United States is $6,058. There are about 16 students per teacher in the area. 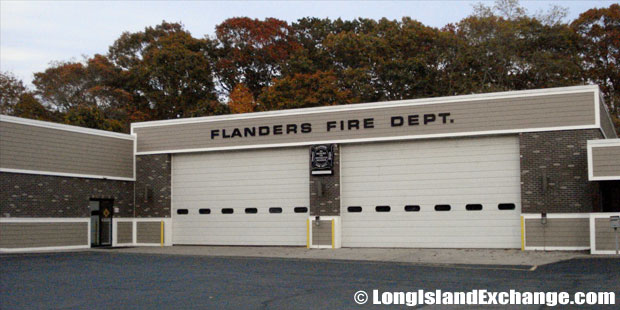 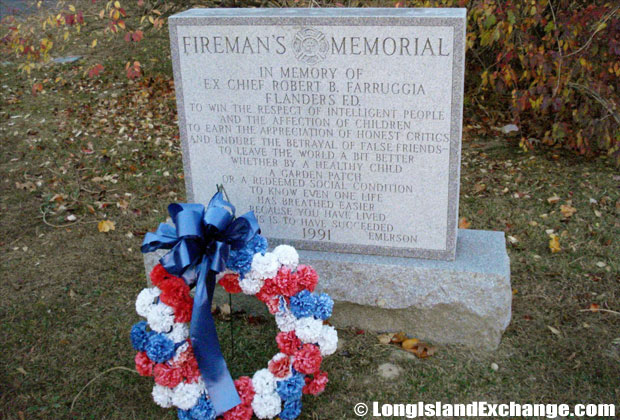 Long Island’s most famous landmark, the Big Duck is listed on the National Register of Historic Places in Washington, D.C. During holiday seasons, the local school children traditionally sing “Duck” carols and warm refreshments including hot chocolate, cookies, and doughnuts are served. Visitors are freely joined and sing along the duck carols while awaiting the arrival of Santa Claus which transported by the Flanders Fire Department. The Annual Holiday Lighting of the Big Duck is held the 1st Wednesday after Thanksgiving each year. The Big Duck Park is located on Route 24 (Flanders Road, Hampton Bays, NY).