Freeport is a village in the Town of Hempstead located in the southwestern section of Nassau County, Long Island, New York.

The southern part of the village is infiltrated by several canals that allow access to the Atlantic Ocean by means of passage through salt marshes; the oldest of these canals is the late 19th century Woodcleft Canal. The village is only a 45 minute ride by the Long Island Rail Road to Manhattan, making an easy commute to New York City. The village is also the second largest in the State of New York. 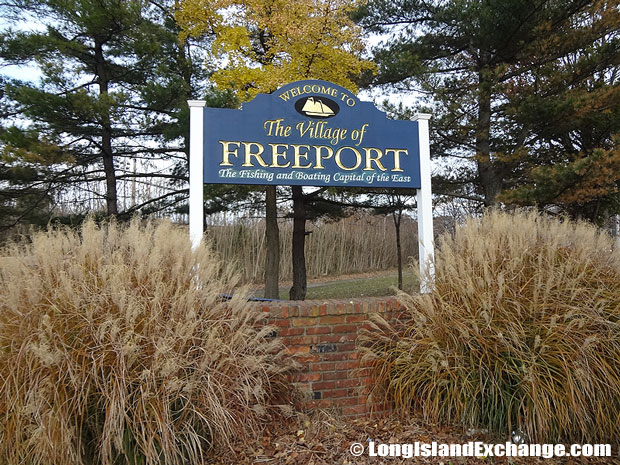 A sign welcomes visitors and residents to Freeport, in the Town of Hempstead located in the southwestern section of Long Island. 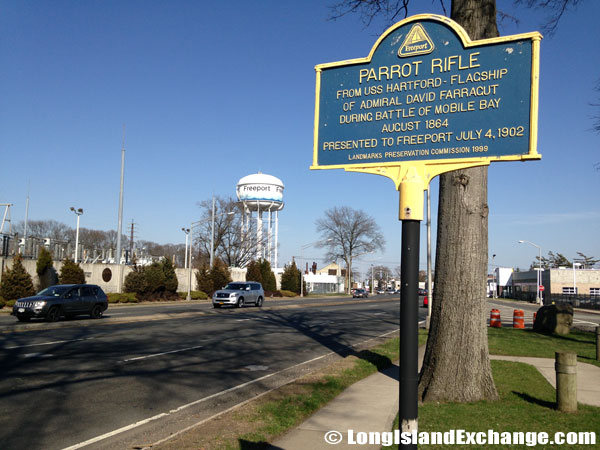 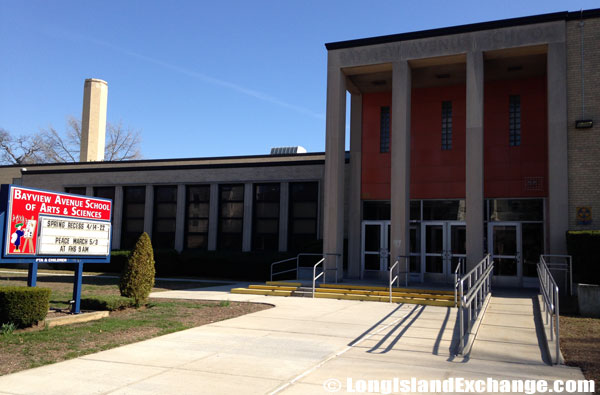 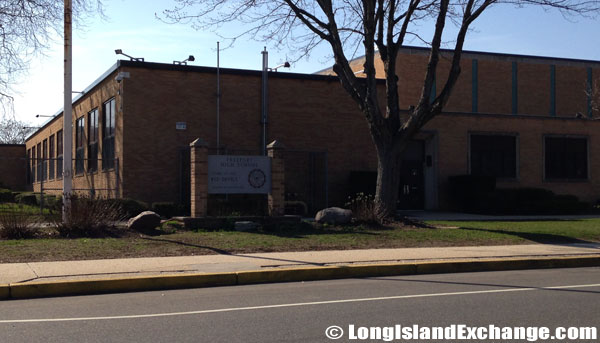 Children in grades 9–12 attend Freeport High School, which borders the town of Baldwin and sits beside the Milburn duck pond. 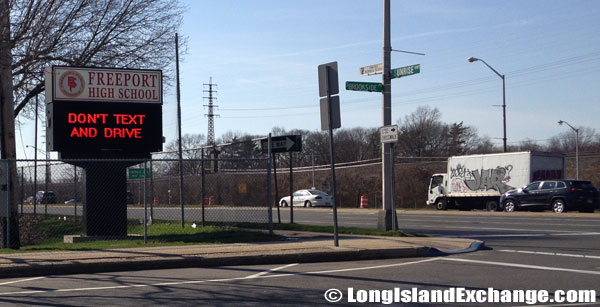 Freeport High School’s mascot is the Red Devil, and its colors are red and white. The school has track-and-field facilities. 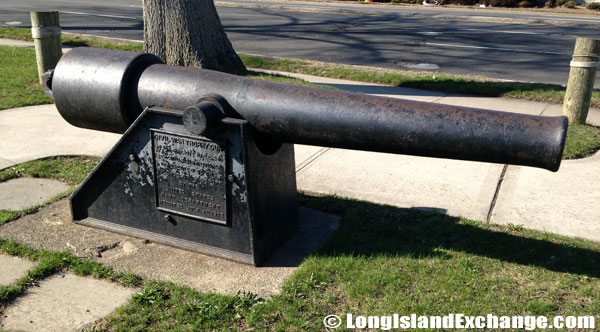 Parrot Rifle #240, from the USS Hartford. Located at Sunrise Highway and Madison Street in the village of Freeport. 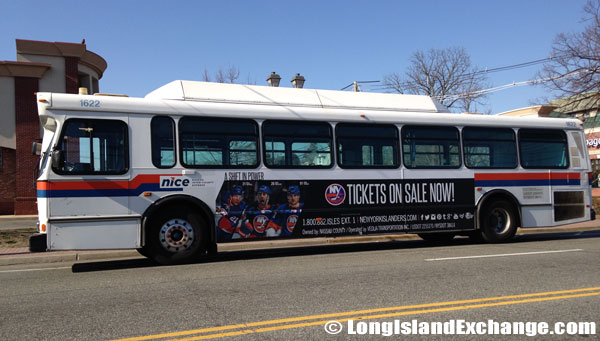 The Nassau Inter-County Express is the local bus system serves Freeport as well as all of Nassau County, parts of western Suffolk County, New York as well as eastern portions of New York City. 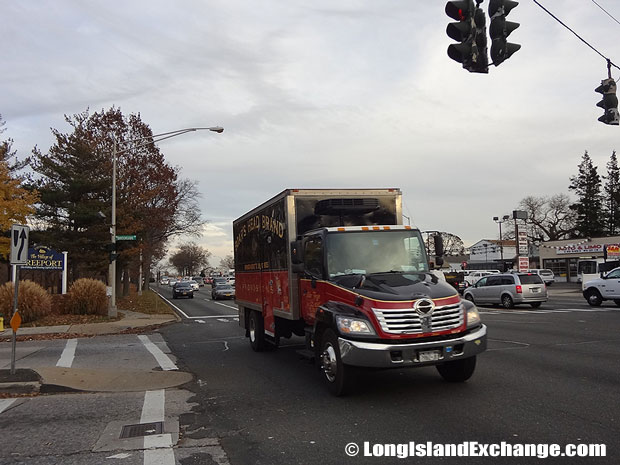 During colonial times, the community was part of an area called “the Great South Woods”. In the mid 1600s, it was renamed to Raynor South and ultimately Raynortown, after the name of Edward Raynor who had moved to the area from Hempstead in 1659 and built a cabin. In 1853, the residents voted to rename the village Freeport which adopts an alternative of a nickname used by ship captains during colonial times because they were not charged customs duties to land their cargo. Freeport became incorporated in 1892. Oystering became a booming industry after the Civil War, although declined at the beginning of the 20th Century because of changing salinity in the bay. 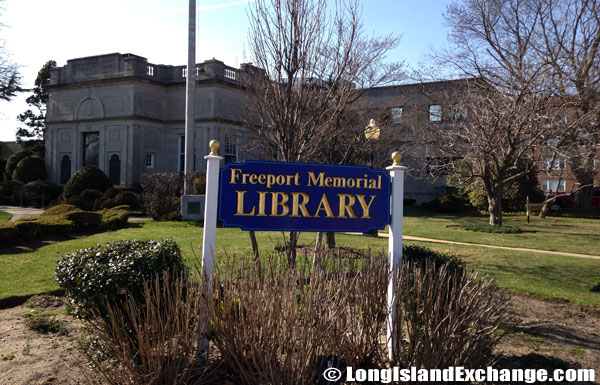 The Freeport Memorial Library was established in 1884 by Professor Loren M. Burdick, principal of the Freeport Schools, with funds raised by amateur entertainments. 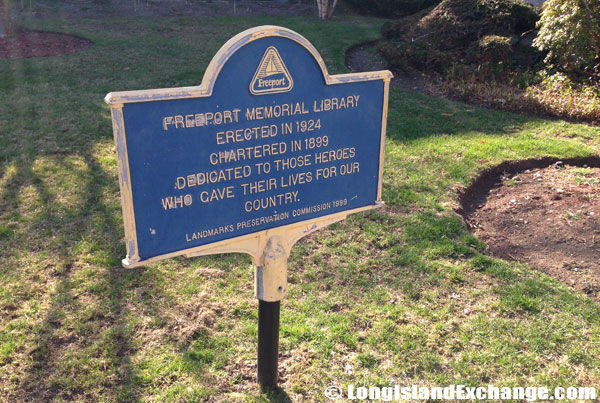 A permanent charter for the Freeport Memorial Library, signed by Melvil Dewey, was granted on December 21, 1899. 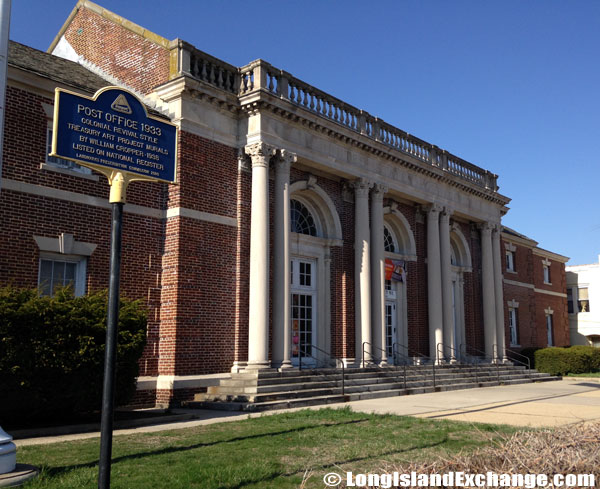 The Colonial Revival–style Freeport Post Office was constructed in 1933 on Merrick Road. 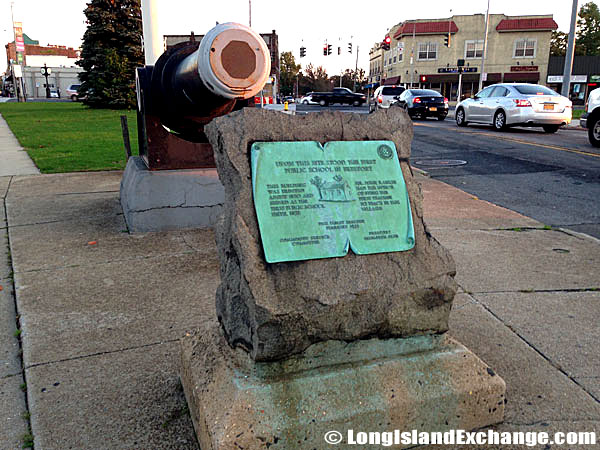 A monument at Nassau Road just north of Sunrise Highway states: Upon this site stood the first public school in Freeport.

The incorporated village has its own Police Station, Fire Station, Electric and Water Departments. Freeport’s government is made up of four Trustees and a Mayor. When it comes to shopping, Freeport is one of the few villages to hold a sizable open market area, known as the Freeport Mall. Many local businesses objected when the mall area became neglected. The Nautical Mile is famous for its restaurants with live music. The promenade-style sidewalk lined with antique-style light posts, potted plants and benches are a plus which encourage people to visit the area. 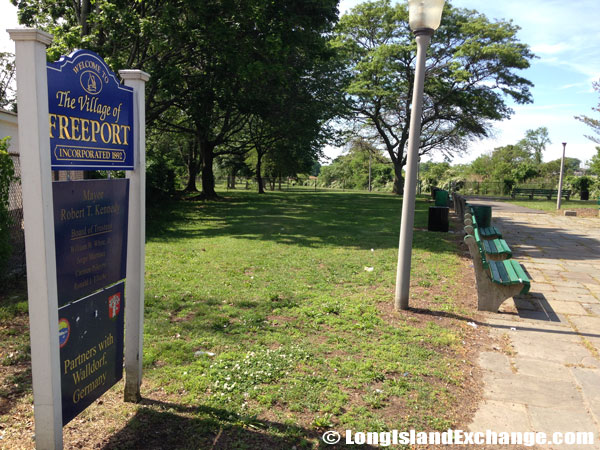 A sign welcomes visitors and residents to Freeport, on the south side of Merrick Road directly across from Milburn Pond Park. 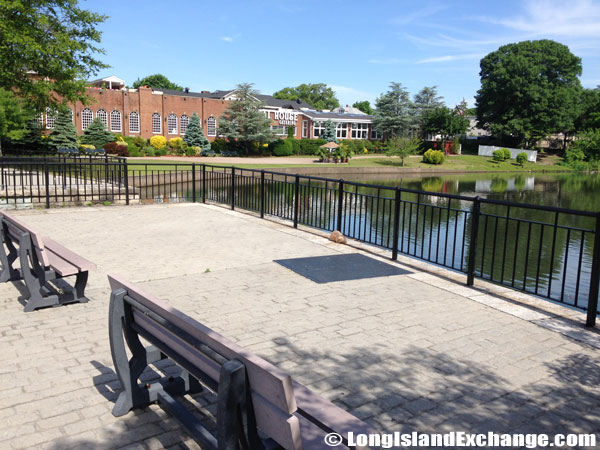 A view of the Coral House, which is located in Baldwin, yet overlooks the scenic Milburn Lake in Freeport. 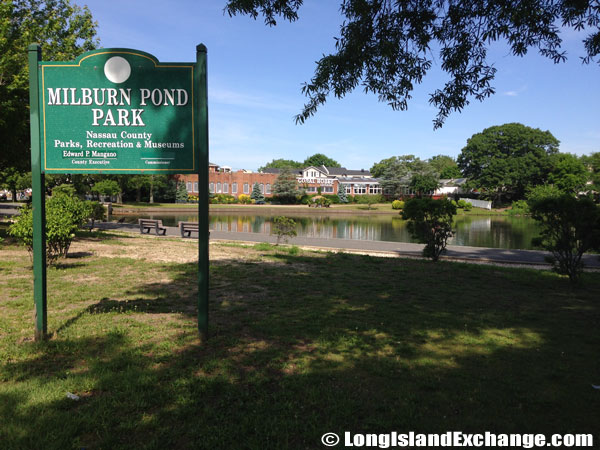 A sign welcomes visitors and residents to Milburn Pond Park. 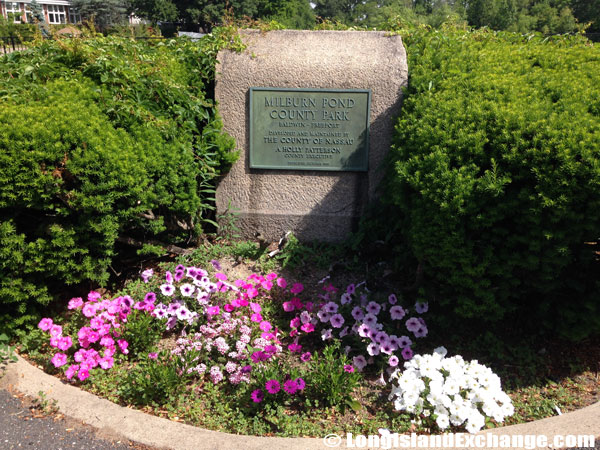 Milburn Pond County Park is one of more than 30 parks managed by The Nassau County Department of Parks, Recreation and Museums.

Freeport schools offer an excellent education that is among one of the community’s best assets. Aside from it, there are still development projects that have to be made to fix the area’s flooding problems by installing new drains ensuring the safety of their residents. Houses in Freeport are considered affordable with many single-family homes, condos and co-ops, while renters have an abundant selection as well. The median price of a home in Freeport was $262,500 in the last quarter of 2012 with about 320 homes for sale.