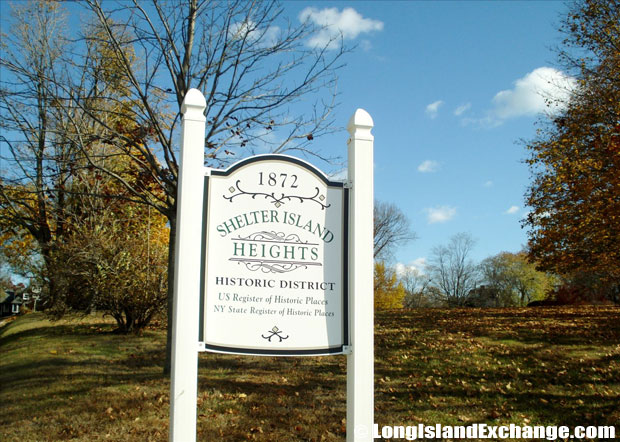 A sign welcomes visitors and residents to Shelter Island Heights, a historic district listed in the Register of Historic Places. 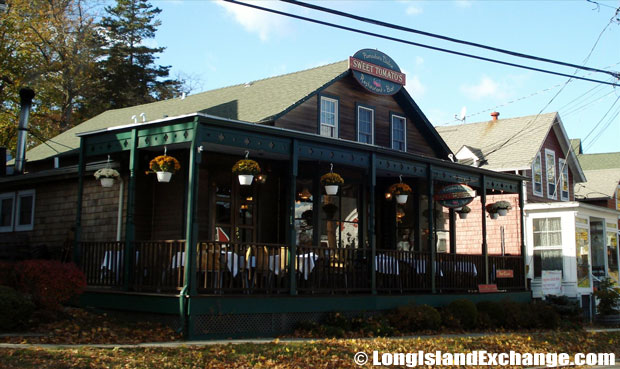 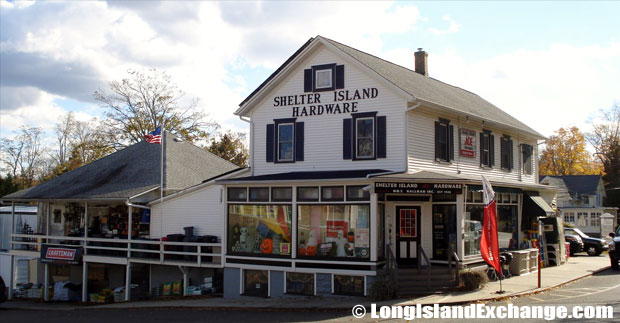 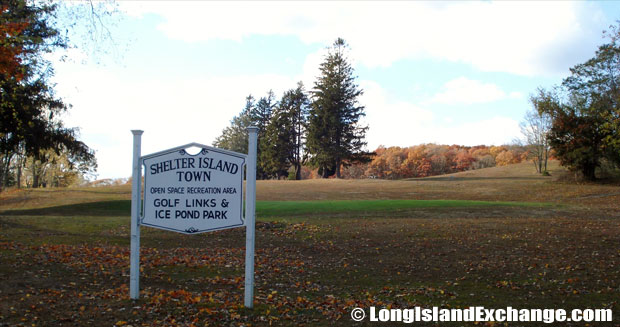 In 1652, a sugar merchant from Barbados named Nathaniel Sylvester assumed sole title to Shelter Island and became its first white residents when it became a town and the island developed slowly. By mid-century, there were about 900 islanders farmed and made fertilizer from the mossbunker herring. The northwest corner of the island, eventually the Heights, was bought up in the early 19th century by Frederick Chase, who named his domain Prospect. 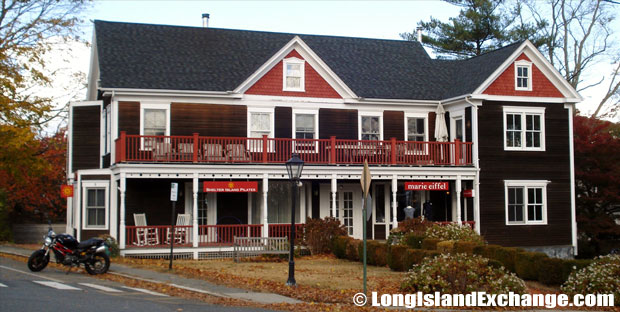 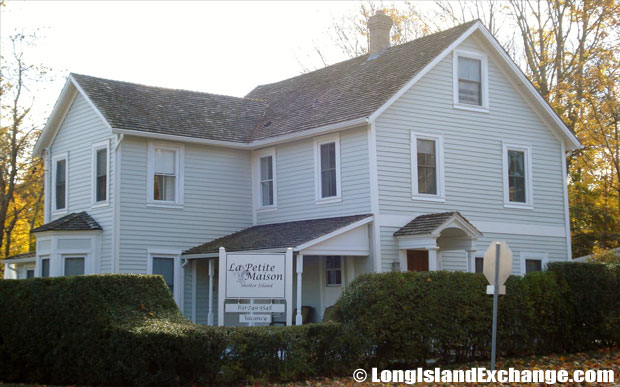 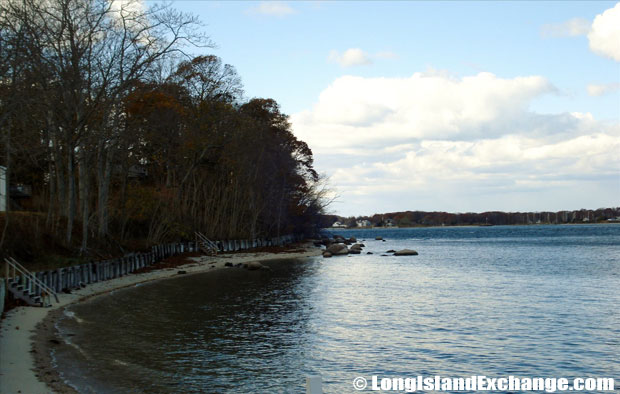 Later, a group of 24 Brooklyn clergymen and laymen, incorporated as the Shelter Island Grove and Camp Meeting Association of the Methodist Episcopal Church in 1871, bought the Chase acres on the condition that the two factories converting mossbunker herring to fertilizer, a most decidedly malodorous process is removed. The camp meetings were moved to Jamesport after 8 years. In recent time, the Shelter Island Heights Property Owners Association is committed and responsible in preserving the distinctive character of the community, its historic buildings, and its physical environment. 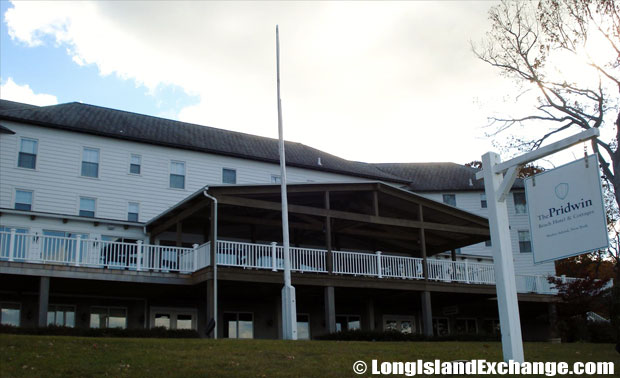 The Pridwin Beach Hotel and Cottages , beachfront resort with simple rooms and cottages, tennis courts, a pool and fine dining. 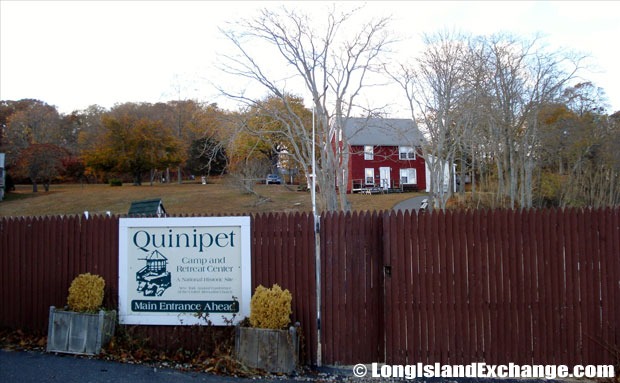 The Quinipet Camp and Retreat Center sits on 25 acres of Shelter Island. 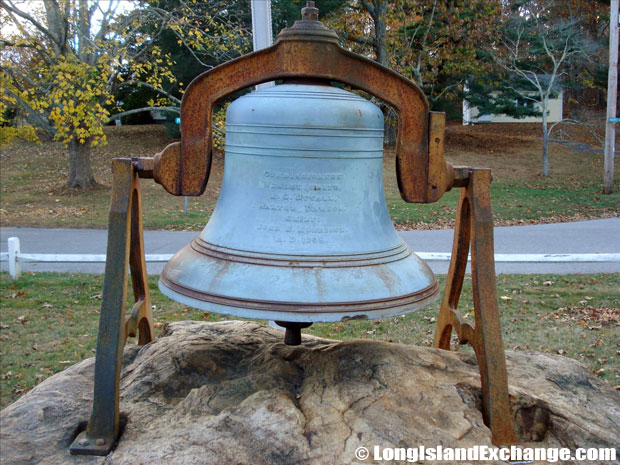 The racial-makeup of Shelter Island Heights comprises of 98.17% White, 0.31% African American, 0.41% Asian, and 1.12% from two or more races. Most of its resident’s ancestries were English, German, Irish, Italian, Polish, Scottish, Russian, French, Dutch, and Hungarian. Shelter Island Heights is served by the Shelter Island Union Free School District with an enrollment of about 275 children, and class size averages of 22 pupils. There public schools spend at least $11,582 per student. The average school expenditure in the United States is $6,058. There are about 16 students per teacher in the area. 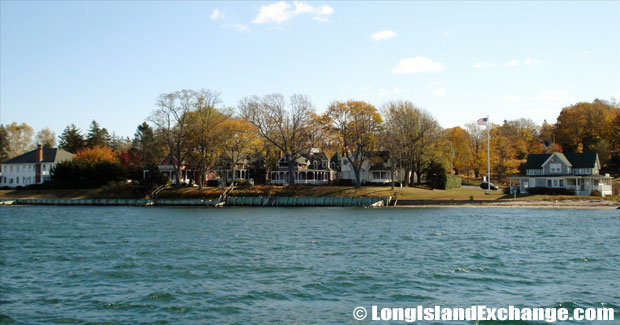 The Dering Harbor Inn, accommodations, cottages and grounds overlooking the picturesque harbor from which it takes its name. 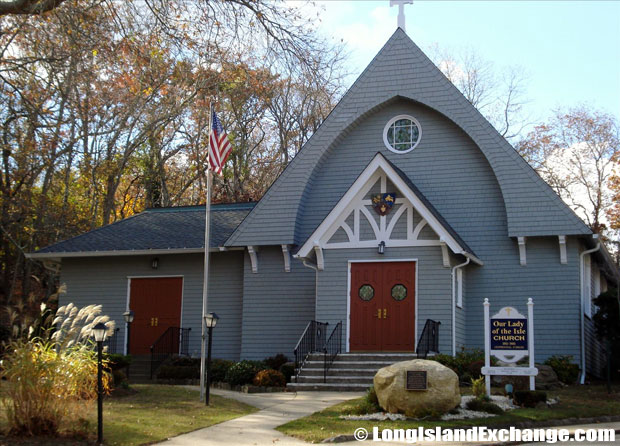 Our Lady of the Isle Church. 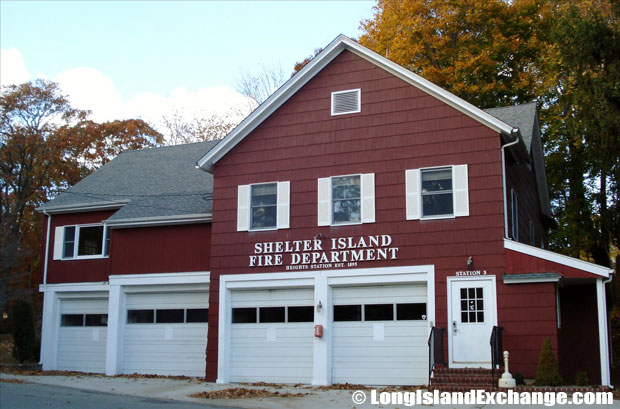 The Heights is considered as a beautiful example of the picturesque, naturalistic landscape, and romantic rural residential areas created by the first generation of American landscape architects. It is also among the few preserved communities that combined facilities for religious camp meetings with summer resort living close to New York and Connecticut.