NEW YORK, NY – Over one thousand international television professionals and TV Stars from around the globe attended the 43rd International Emmy Awards Gala on Monday November 23, 2015 at the Hilton Hotel in midtown Manhattan. The star studded event was hosted by Egyptian Comedian Bassem Youssef who came all the way from Dubai in the Middle East.

Two Special Awards and 10 Emmy statues were presented by the International Academy during the evening. French programs led the night with 3 Emmys in the Arts Programming, Drama Series and TV Movie/Mini-Series categories followed by Brazilian programs with 2 Emmys in the Comedy and Telenovela categories. 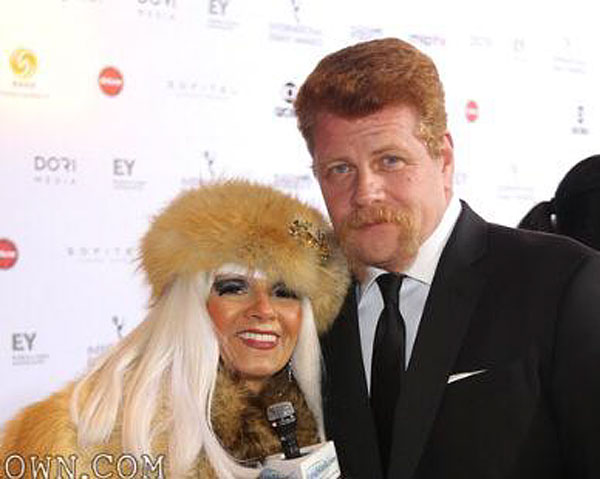 Richard Plepler is Chairman and CEO of HBO Inc. and is responsible for the overall management of the world’s most successful pay TV service, which provides the two television networks – HBO and Cinemax – to over 122 million subscribers worldwide. He was named to this position in January 2013. Renowned worldwide, the HBO and Cinemax services offer the most popular subscription video-on-demand products, HBO On Demand and Cinemax On Demand as well as HBO GO and MAX GO, HD feeds and multiplex channels. In April 2015, HBO NOWSM, the network’s highly anticipated standalone premium streaming service began providing audiences with instant access to HBO’s acclaimed programming in the U.S. Internationally, HBO branded television networks, along with the subscription video-on-demand products HBO On Demand and HBO GO, bring HBO services to over 60 countries.

HBO programming is sold into over 150 countries globally. Under his leadership, HBO’s original productions continue to raise the bar with some of the most innovative, honored and critically respected programming on television including two of HBO’s newest shows, the comedy Silicon Valley and the topical talk show Last Week Tonight with John Oliver. True Detective, which debuted in early 2014, became the most-watched freshman series in HBO’s history. Now In its fourth season, Game of Thrones is a global juggernaut, watched by nearly 18 million viewers per episode in the U.S. alone. As co-president from 2007 to 2012, Plepler, in partnership with Michael Lombardo, president, HBO Programming, greenlit some of HBO’s most acclaimed and successful series including True Blood, Boardwalk Empire, The Newsroom and Game of Thrones, which rank among the top programs in the network’s history, as well as first season Emmy Awards for Girls and Veep. Additional award-winning programs included the miniseries Mildred Pierce, starring Kate Winslet, and The Pacific; HBO Films’ Behind the Candelabra, Too Big to Fail, and Game Change. Plepler and Lombardo also shepherded Cinemax’s first foray into primetime originals with the popular action series Strike Back. Plepler is a member of both the Council on Foreign Relations, where he serves on the President’s Advisory Board, and The Trilateral Commission. He also serves on the Board of Trustees for the Asia Society and the New York Public Library, and is on the National Advisory Board of the W.E.B. DuBois. 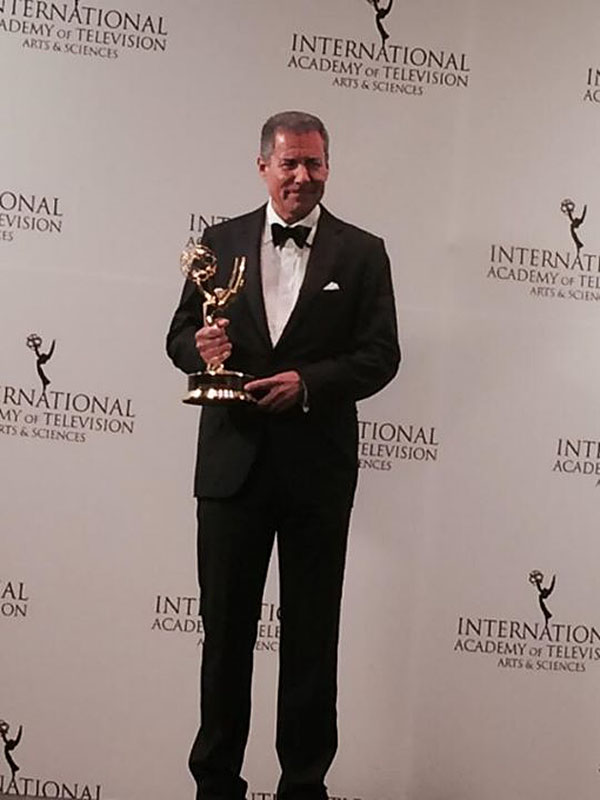 After Mr. Plepler received the International Emmy Directorate Award he spoke to me about it’s significance.

My Long Island viewers would like to know what this award means to you.

Richard Pleper: This is a proud award for HBO so this company has done such extraordinary work over the last couple of decades,,,really I think in the last seven and eight years. we are just beginning to hit our stride doing some of our best creative work across so many jhanras so this is an award that I accepted from the stage for our team. Our team is the NVP. It’s not about me it’s about our team and I am just privileged to be the CEO of auch an extraordinary company.

Richard Pleper: Thank you very much

TV stars and Actors Michael Cudlitz and Tovah Feldshuh from the AMC Network Show “Walking Dead” presented the Best in the Drama Category. 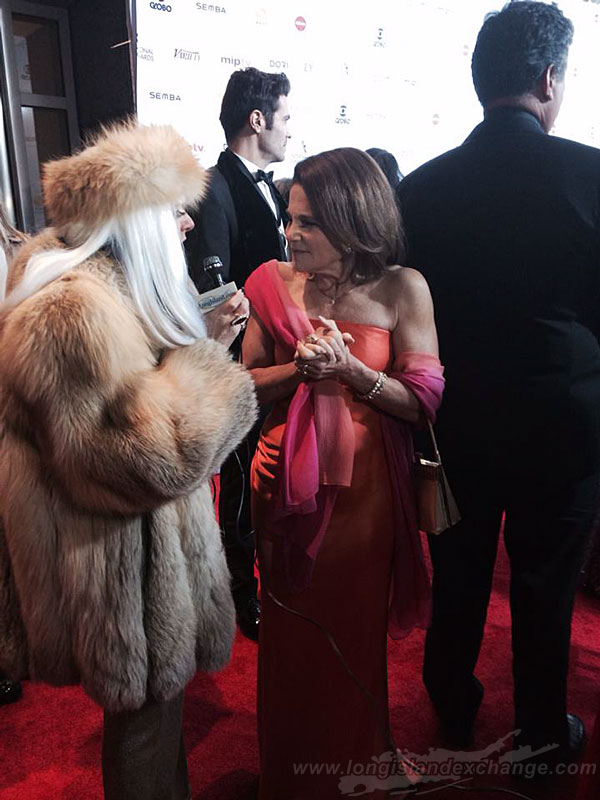 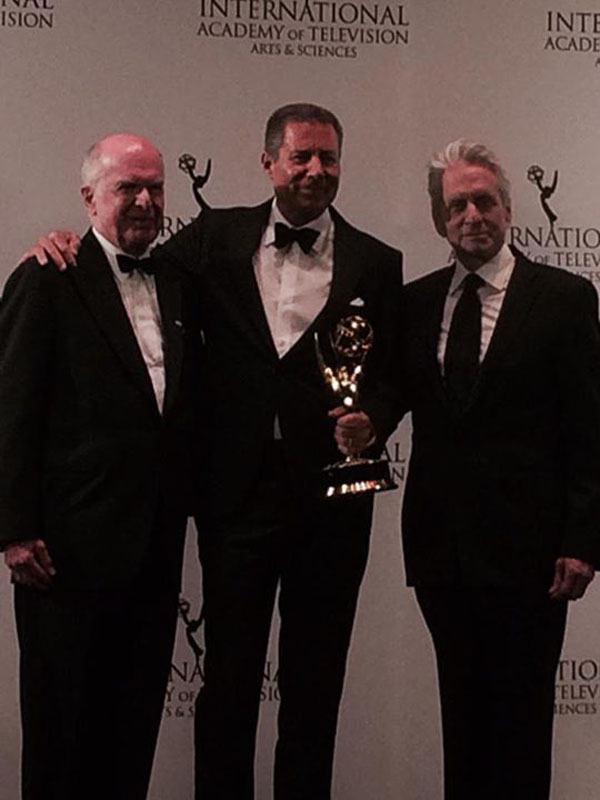 “Television is a universal art form that transcends cultures, languages and borders,” said International Academy President Bruce L. Paisner. “In light of recent terrible events, the International Academy is particularly proud to congratulate all of the winners- among which 3 from France- for shining a global spotlight on their cultural heritage with the Emmy.”

For a list of this years winners please visit www.iemmys.tv