(Long Island, NY) On May 31st Art enthusiasts and supporters enjoyed an evening in the Hamptons at the Water Mill Museum’s Annual Art Show. The event showcased local fine art, for display and for sale, Water Mill’s ‘grinding’ demonstration, refreshments and their opening reception for the Hampton Season.

The art exhibit was loads of great fun and a wonderful celebration open to all interested in seeing this historical demonstration of the giant grinding stones.

All proceeds will benefit the restoration and preservation of the Water Mill Museum. 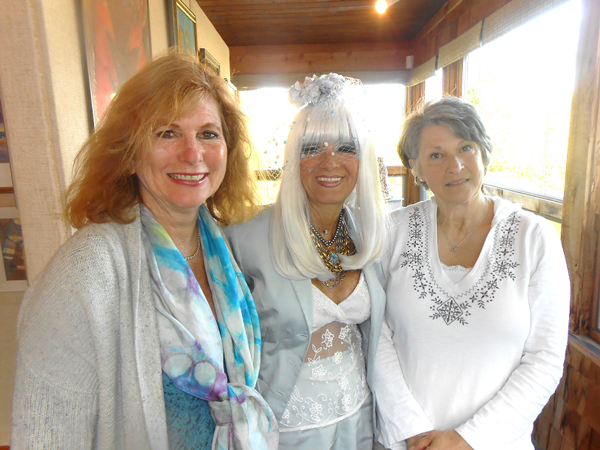 I had the pleasure of interviewing Publicist and Artist Ann Lombardo who spoke about the rich history of the Museum.

The history of the water mill started with Edward Howell who came to Southampton, Long Island in 1640 with English colonists from Lynn, Massachusetts. Howell had owned a water mill on a pond in Lynn so it was not surprising that he settled on a 100-acre pond three miles from Southampton for his new venture. 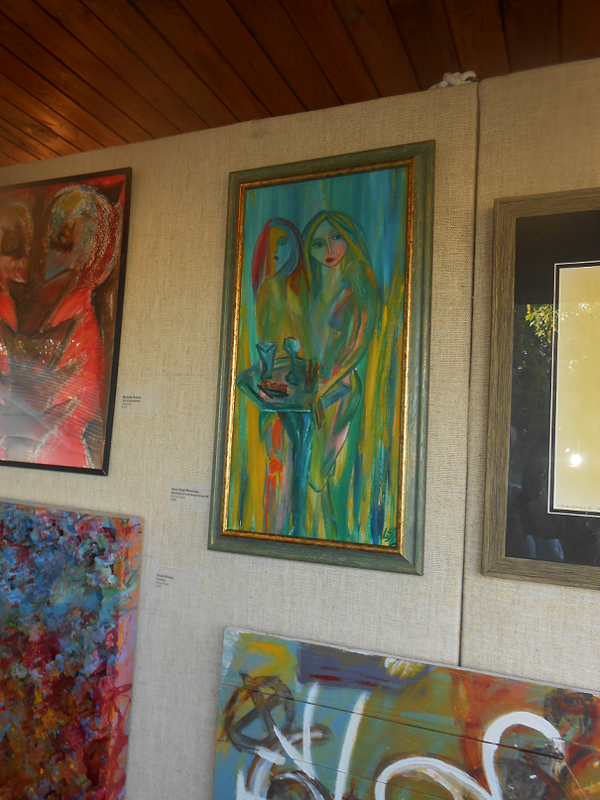 The event showcased local fine art, for display and for sale.

At the time Howell was the wealthiest citizen of the new colony. Its magistrate – got the town to give him forty acres on the pond and to provide labor and money to support his project. The mill was finally established. Oral history places this first mill, which was probably grinding by 1644, several hundred yards north of it current site on Mill Creek.

In 1726, and again in 1789, permission was granted by the town to move the mill south and build a combination dam/roadway at its present location. There is no record indicating whether the mill was moved intact or if parts were used to construct a new mill – but the latter is considered most likely. The original mill may have had an overshot wheel but at the new site an undershot wheel was used. Evidence uncovered in the basement of the mill suggests that at sometime in its operation a horizontal tub water wheel was in use.

I also had chance to chat with Artist Greta Stapf Waterman who displayed her piece of Art at the reception.

An accomplished artist from NYC, Greta has had numerous solo and group shows in SoHo, Chelsea, 57th St. & 38th St. galleries in NYC as well as in the Hamptons and around Long Island.

Illustrated book covers include: Such Men are Dangerous: The Fanatics of 1692 and 2004; The New Wife: The Evolving Role of the American Wife; Inventing Savannah; and The Men Out There: A Women’s Little Black Book.

The annual Live @ Club Starlight benefit raises money for the Steven J. Ross Scholarship Fund, a program that granted financial assistance to 35 percent of Ross School students during the 2013-14 academic year. The evening will include a cocktail reception, live auction, silent auction, dinner and musical performances by KC and the Sunshine Band. 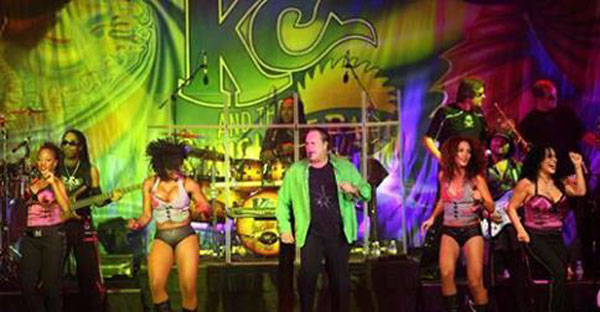 Guests boogied down to the music performed by 1970’s Disco group KC & the Sunshine Band at the Live @Club Starlight charity gala on June 7, 2014.

The event honored Special Guest Russell Simmons, co-founder of Rush Philanthropic Arts Foundation for his dedication and support to educating young people in the arts. The event also honored Ross School’s teachers for their continued commitment to provide a challenging and interdisciplinary education to Ross School students.

Ross School was founded in 1991 by Courtney and Steven J. Ross and incorporates innovative models to prepare students to meet the challenges of the 21st century. Mrs. Ross and her vision for Ross School attract many of the best scholars from around the world to embrace the challenge of designing a global, integrated curriculum that addresses the changing realities of the future. Over the last 22 years, Ross School has become a leading laboratory for educational excellence.