NEW YORK, NY – An evening of stars, glamor, great cuisine, cocktails, music, a silent auction and fun for an important cause – to help save children’s lives took place at the Church Street Tavern to benefit the Sloan Ketteing Memorial Cancer Center for their Pediatric Unit on Thursday December 11, 2014. 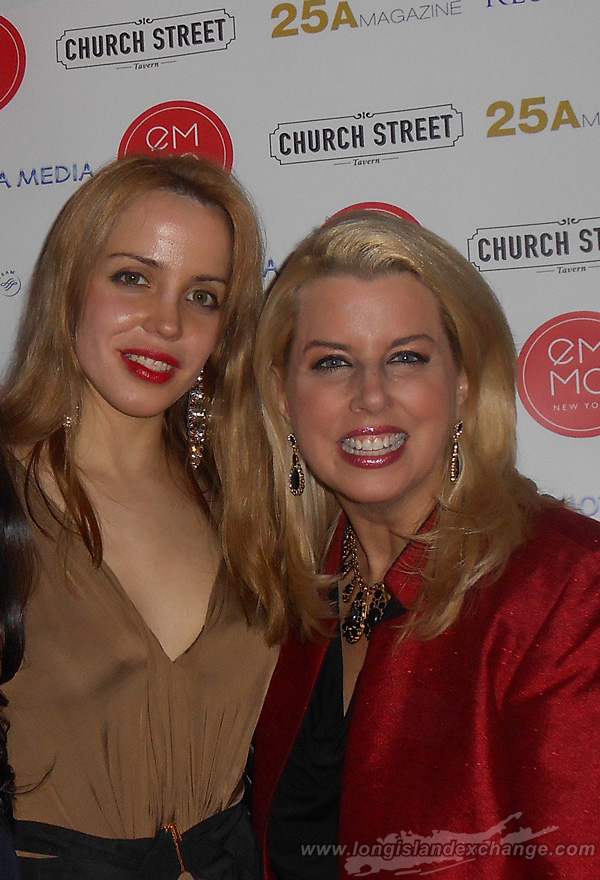 I sat down with Actress and Chair Julianne Michelle who helped coordinate the event.

Tell my audience some of the more important people who are attending this event tonight.

Julianne: So far we have Tina Louise here, Larry Romano from “King of Queens” is on his way, Jennifer Esposito is confirmed to attend and Dominic Chianese from the “Sopranos,” Steven Baldwin I believe. There is quite a few.

Quite a few people giving their support. This is a wonderful cause for Sloan Kettering.

Julianne: I think all of us have been touched by Cancer in some way.

I have, that is why I am here tonight. I had Breast Cancer.

Julianne: Oh, you did.

Yes about a year ago, I was diagnosed with Stage 1 Breast Cancer. I am very lucky. Anything that is about Cancer, I am there and I support it.

Julianne: Cancer is the number two killer in the United States. We all have stories and have been touched in a personal way by it and even though tonight’s event focuses on Pediatric Cancer Research, we are acknowledging all of those who have battled Cancer. My late godmother just recently passed away not too long ago from Cancer. It’s always a struggle to see someone like that suffer, someone who had poise and grace, someone I always looked up to but I still look up to her everyday. I think her spirit is with us tonight. I am so honored to be supporting such an important cause and we are doing our best to fund raise for them. Hopefully we have some great auction items and people will bid with open hearts.

Tell my audience where we can go to participate, contribute and support. What is the website.

Julianne: If you Google Memorial Sloan Kettering Cancer Center you will find their website and you can find ways of getting more involved.

I also spoke to TV Personality Rita Cosby who came by to give her support. Rita is a television news anchor and correspondent, radio host, and best selling author. She recently was Special Correspondent for the CBS syndicated program Inside Edition, specializing in interviewing news-makers and political figures.

It has been a while since we met out in the Hamptons at the American Heart Association. Tell my audience why you are a big supporter of tonight’s event.

Rita: You know what, it is very personal to me Cognac. My mother in her final months, she was treated at Sloan Kettering. My mother unfortunately was diagnosed with Lung Cancer. It is an amazing hospital. They took such amazing care of my mother. I am always eternally grateful and I always think about when my mother was in her final months she would see young kids with Cancer being wheeled down the hall. When she realized that she had an amazing life, she would be praying as well as I. When I heard this event was for the Pediatric Center at one of the greatest hospitals in the world, I said “I have to be here to support them.” It’s Christmas time, it’s Holiday time and the greatest gift is to give back and to help a great place like Sloan Kettering. 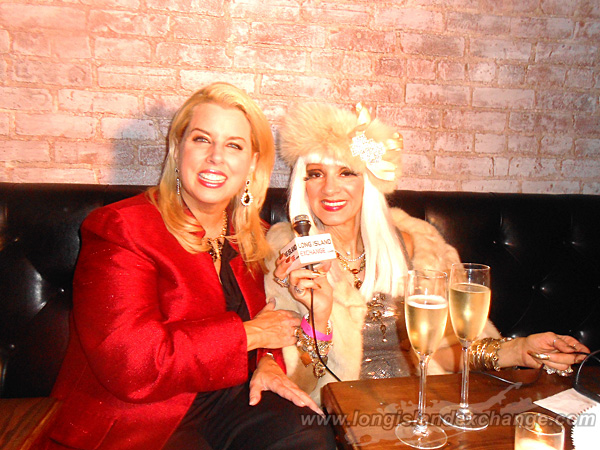 Actor Larry Romano from “King of Queens” sat and talked about the event and why he decided to share his support. Larry Romano was a regular on “NYPD Blue” and the sitcom “The King of Queens,” on which he played “Richie Iannucci”. He also played First Base in the motion picture “Lock Up: with Sylvester Stallone. He had a lead role in the short-lived NBC sitcom “Kristin” as Aldo Bonnadonna with Kristin Chenoweth, though the sitcom only aired 6 episodes, before being canceled. Romano made a cameo appearance in “Out for Justice.” In 1997 he had a brief role playing Al Pacino’s son in “Donnie Brasco” and appeared in the 1998 Terrence Malick film “The Thin Red Line.” His most recent acting work was in 2014 film “Laugh Killer Laugh”

I am here with this very important celebrity who is a big supporter of tonight’s event. Introduce yourself to the camera.

Larry Romano: Hello, Larry Romano. You know me from “King of Queens,” “Donnie Brasco,” “Lockup,” and “The Thin Red Line” and I am here helping them raise money for this wonderful cause. The bottom line is that it’s terrible to have kids with Cancer you know. It’s a sad day to see these little kids who will never get a chance of having any life at all. Their suffering and they are going through all this pain and it’s something that keeps you up at night thinking about how lucky you are and how unfortunate others are so the least we can do is be here tonight.

Memorial Sloan Kettering Cancer Center is the world’s oldest and largest private institution devoted to prevention, patient care, research and education in cancer. Its scientists and clinicians generate innovative approaches to better understand, diagnose and treat cancer. MSK’s specialists are leaders in biomedical research and in translating the latest research to advance the standard of cancer care worldwide.