LONG ISLAND – When it came time to adopt a dog, my family and I went to North Shore Animal League America. It’s the largest no-kill animal shelter in the world and it is located right here in Port Washington. We adopted the cutest 5 month old “Mutt-i-gree”. He has grown into an 80 pound mush. He is well behaved, adorable and we all love him to death. We have never looked back on our decision to go to North Shore Animal League America.

In 2014 the animal league celebrated its 70th anniversary and to date has adopted out 1.2 million animals. It started as a small grassroots effort rescue group in 1944, with just a garage and a few fenced dog runs. It really started to blossom in the 1960s when Elisabeth and Alex Lewyt got involved. Mr. Lewyt began what became a string of important innovations in animal welfare that continue to this day. 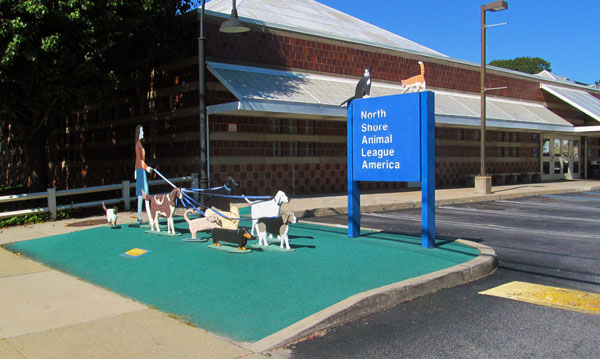 The two of them operated the shelter like a business. They were aware of the good work the shelter was doing. In those days few organizations were no kill, according to Joanne Yohannan, Sr. V.P. of Operations for the North Shore Animal League America.

“In the 1970s and ‘80s I was working for Animal Control,” Yohannan said. “In 1978 I worked for the ASPCA. North Shore had a Humane Relocation program. They took animals from city shelters that were slated for euthanasia and put them up for adoption. North Shore was one of the first organizations to do that. No one was advertising at the time except breeder and puppy mills. North Shore put an ad in the paper for homeless animals for adoption. 30 years ago this was absurd. The only time people did find their way to the shelter was to get rid of their animals. The pound was a dumping ground. North Shore believed every animal deserves to live and every homeless animal deserves a home.” 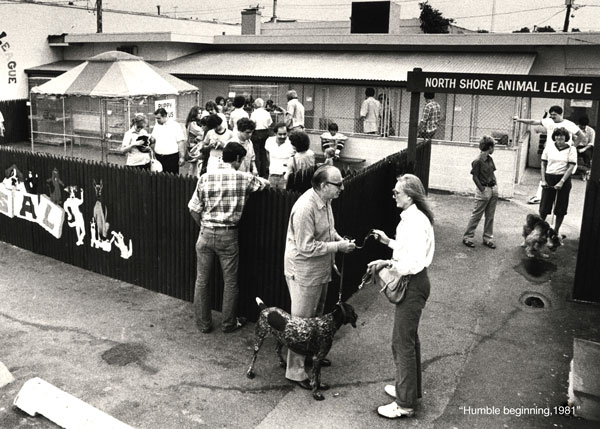 “They advertised and let the world know to come and adopt a pet,” Yohannan said. “A lot of other groups are now doing high volume adoptions. North Shore was the pioneer.”

“People are proud of their rescue animals,” she said. “It’s a crime to buy an animal from a pet store where most of them come from puppy mills.”

When you adopt from the shelter you are saving a life, she said. They aren’t “broken” animals. The reasons they end up in the shelter vary. It wasn’t that they were bad dogs. It could be a family is moving and they can’t take their dog or there is a divorce. If people give up their dog because of behavioral problems we have puppy trainers. There are ways to train the dogs so that you don’t have behavior problems.

If you are looking to adopt and you are not in the Tri-State area, North Shore has 2,000 shelter partners. These partners received a lot of animals after Katrina and other disasters. The shelter also runs National Spay USA where they provide low cost referrals for spaying and neutering.

Once you have adopted your pet you are not left out in the cold. The shelter offers support in Pet Behavior – training classes – a medical center and a grooming department.

“The shelter is still expanding. This year we are in the midst of three capital campaigns,” Yohannan said. “There is the recovery center – where an animal might be isolated if he is ill, a pet wellness center providing affordable healthcare and a second floor is being added to the shelter which will provide a 14,000 square foot addition sponsored by Beth Stern, wife of Howard Stern. It is being called Bianca’s Furry Friends in honor of the Stern’s dog Bianca who passed away. Let’s dedicate the year 2015 to saving a life,” Yohannan said. “Come in to adopt a pet.”