The event celebrated the legacy of the ancient order, the Knights of the Sovereign Order of Malta and Malteser International’s commitment to providing relief and dignity to those caught up in natural disasters or man-made crises. 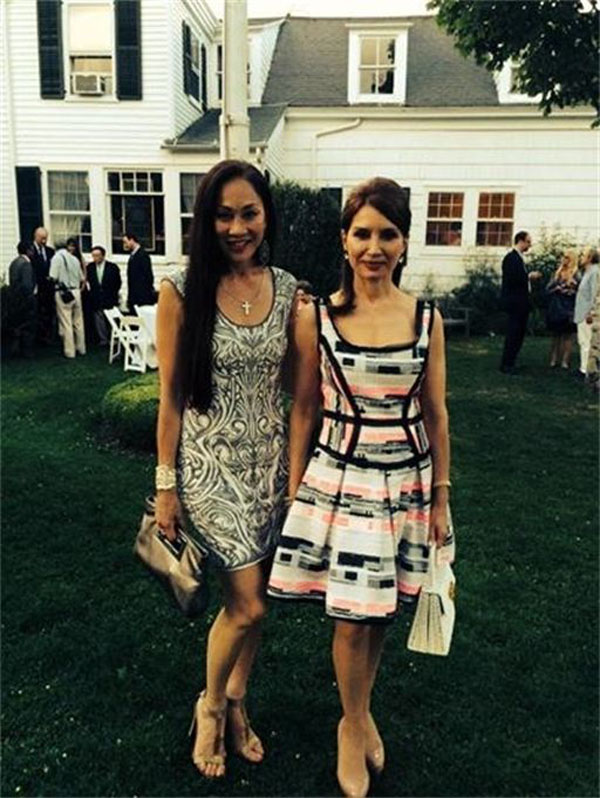 Music Composer Lucia Hwong Gordon and Philantrophist Jean Shafiroff pose for a photo-op at the sunset cocktail reception for the Knights of Malta to the sick and poor in Southampton.

The Order of Malta is the world’s oldest Christian charity founded in Jerusalem over nine hundred years ago. The order recently opened the first American branch of its humanitarian relief agency Malteser International last November. In 2013, Malteser International has assisted approximately ten million individuals in twenty six countries. The order has delivered over $60 million in aid. The agency has provided emergency relief and recovery aid for nearly sixty years worldwide and has responded to major crises such as the 2004 Asian Tsunami, the 2010 Haiti earthquake, Hurricane Sandy in 2012 and more recently, Typhoon Haiyan in the Philippines. At present they working on the ongoing Syrian crisis. Malteser International assists the vulnerable. The organization continues to help individuals lead a healthy life with dignity, without distinction of religion, race or political persuasion. 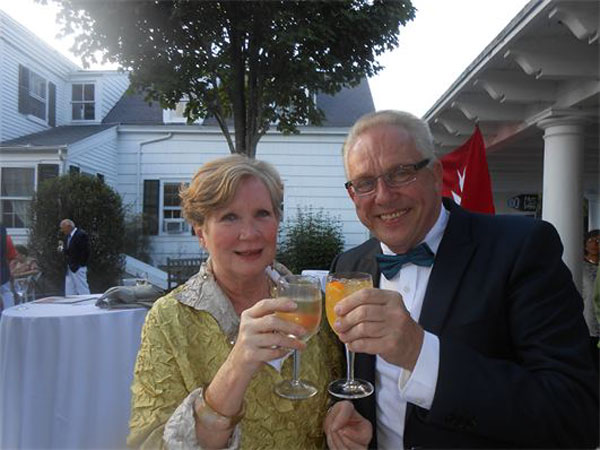 Elizabeth Hagins and Rchard Mortimer pose for a photo-op at Inaugural Legacy of Hope Sunset Cocktail Reception Celebrates Commitment of Knights of Malta to the Sick & Poor at Rogers Mansion at the Southampton Historical Museum. 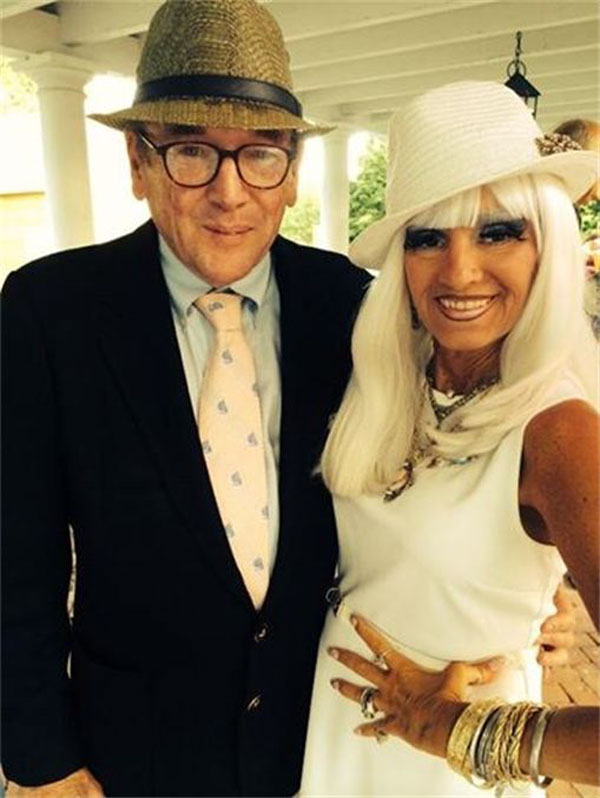 Guests enjoyed a special exhibition of photos of various Malteser International’s projects including its work in the Philippines following the devastating typhoon and closer to home their efforts to help Long Islanders post-Sandy. In addition, there was a display of rarely seen memorabilia from the Knights of Malta’s private archives including a replica of the 900-year-old Papal Bull authorizing the mission of the Knights of Malta. Delectable horseshoes from 230 Elm were served along with ales & lagers courtesy of Southampton Publick House and superb wines.

Entertainment Journalist Cognac Wellerlane interviews Steven Krawciw, KM, of the Order of Malta’s American Association and a resident of the Village of Southampton chairs the event with the assist of a Host Committee comprised and Dr. Daniel K. Gullo is the Curator of the Malta Study Center for the Hill Museum & Manuscript Library at the Knights of Malta Cocktail Reception Charity Gala at the Southampton Historical Museum in Southampton, NY.

Malteser International is a non-governmental organization with headquarters in Europe and America. The organization’s General Secretariat as well as its European headquarters are located in Cologne, Germany. The American headquarters are based in Miami, Florida, USA. The international network of the Order of Malta plays an essential role in their work assisting people in need quickly and efficiently. Currently, 25 national associations and priories of the Order of Malta are members of Malteser International.

Cooperation and participation are vital elements of their approach to humanitarian aid. Through a close collaboration with local communities, national and international partners as well as our donors, they ensure their projects are sustainable and efficient. Transparency, accountability and the compliance with international standards of humanitarian aid are the fundamental basis for the quality of our programs.

For more information about the vital work of Malteser International, please visit: www.malteser-international.org